The delicious taste of irony 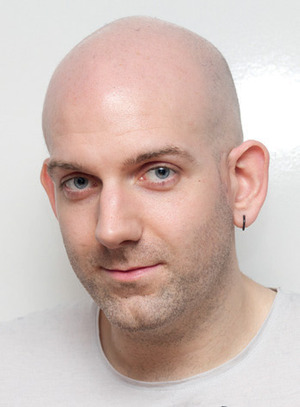 As a political comedian, I am genuinely worried that politics is now so absurd that it’s impossible to satirize.

How, in a world where the London-born leader of Australia, Tony Abbott, wants to stop immigration, or noted war criminal Tony Blair is given an award by Save The Children, can you possibly create something more farcical than the truth?

If I had conspiratorial leanings I’d be tempted to conclude that this was all a sinister ploy to put me out of a job.

The two-faced shamelessness of modern politicians is staggering. British Conservative MP Sajid Javid recently suggested that a strike should only be legitimate if it gets 40% support in a union vote. He said this five days after his Conservative Party won an election with the support of only 27% of the electorate. It’s almost as if they don’t let you become a politician unless you agree to have brain surgery to remove your self-awareness.

Last year, Oxfam dared to suggest that Britain’s rising poverty levels might, perhaps, maybe, possibly be caused by austerity making everyone poor. It’s an argument that is controversial only to people who don’t believe in the concept of cause and effect.

Oxfam’s claim led to fury from Conservative MPs, who were ‘appalled’ by what they said was an ‘overtly political campaign’ for a charity. Incidentally, I’m always fascinated by what different groups of people find appalling.

For example, Conservatives are appalled by an anti-poverty charity suggesting that taking everyone’s money away might put them into poverty. Whereas what appals me, as a bleeding-heart leftwinger, is POVERTY. THE ACTUAL POVERTY. THAT’S THE THING PEOPLE SHOULD BE APPALLED BY.

One blustering Conservative MP even went so far as to say that ‘Oxfam are nothing more than a leftwing propaganda machine!’ Well, if it’s leftwing to suggest that actions may have consequences, and to introduce facts into an argument, then yes, I suppose you’re right. Or left.

By the way, if you can’t afford to buy one then you can make your own leftwing propaganda machine at home: simply take this copy of New Internationalist, gaffer-tape it to an iPad, and drop it in a bowl of instagrammed quinoa.

Some Conservatives are now calling for Oxfam’s charitable status to be removed. What you may not know is that many British politicians were educated at Eton, the sixth most expensive private school in the country. Though in Britain we call them ‘public schools’, because we love the delicious taste of irony.

Eton also, by a weird twist of fate, has charitable status, which gives it very generous tax breaks. So, Eton-educated politicians are now calling for Oxfam’s charity status to be removed. How on earth can any comedian top that? Eton is literally a rightwing propaganda machine.

As it happens, I didn’t donate to Oxfam before I saw this story. Now I give them £10 a month. No need to thank me. I’m not doing it for praise; I’m not even doing it to fight poverty. I’m doing it for a much more admirable reason: to make Conservatives angry.