As UN special rapporteur on the right to a healthy environment presents his report today, Doug Weir explains why this is especially important in armed conflict. 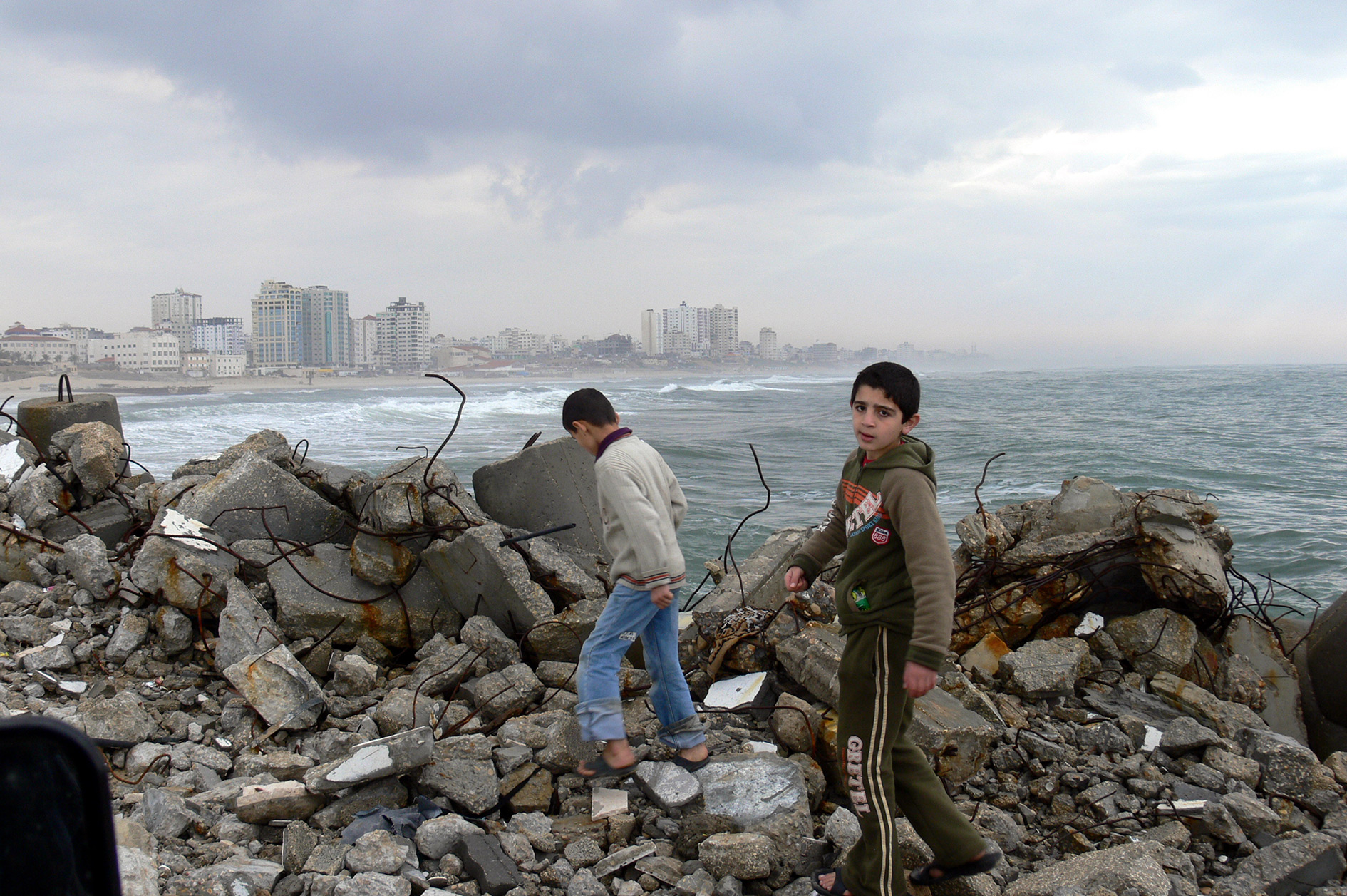 The question of whether a healthy environment is a human right has been occupying the minds of legal experts and governments since the 1980s. In spite of considerable progress, acceptance of the idea remains far from universal. Yet to the casual observer, the link seems obvious. Today, Professor John Knox, the UN Human Rights Council’s (UNHRC) Special Rapporteur on the issue of human rights obligations relating to the environment will present his latest report on how these rights could be developed and implemented. We believe that the universalization of these environmental rights could have a major role to play in how we judge and respond to the damage caused to the environment by armed conflicts.

You don’t need to be a lawyer to understand that if you have a human right to life, and a right to the highest attainable level of health, then the environmental factors that influence both life and health must be addressed – be they access to clean drinking water, to air free from pollution or to untainted food. Similarly, if access to effective legal remedies for violations of those fundamental rights is in itself viewed as a human right, then logically that necessitates access to not only bodies able to provide redress but also to knowledge of the environmental threats that may place your enjoyment of those rights at risk.

Over the last three decades these starting points have developed into three main themes, each of which helps to define how human rights interact with environmental degradation:

Back in 2014, and after completing a review of national practice, Professor Knox confirmed that: ‘It is now beyond argument that human rights law includes obligations relating to the environment’. Before urging governments: ‘…to take these obligations into account in the development and implementation of their environmental policies.’ As part of his stock-taking exercise, Professor Knox has found that more than half of the UN’s member states reflect some or all of these environmental rights in national laws or practice, a number have even enshrined them constitutionally.

There has been talk at the UNHRC of a new convention or a declaration of environmental rights, although Professor Knox has cautioned against such a move, as state practice on the three themes outlined above is still evolving. Nevertheless, he has not ruled out such a development in future. But could the developing normative framework around these environmental human rights influence the ‘Wild West’ of environmental protection in conflict?

Armed conflict and the environment

Armed conflict damages the environment in numerous ways – some obvious, others less so. The environment can be harmed directly, for example by the physical destruction of habitats or the generation and dispersal of pollutants. Or conflict may have more indirect consequences, such as those caused by population displacement or the abuse and misuse of natural resources, often encouraged by the collapse of environmental governance. Each of these forms of damage may have repercussions for human health, well-being and livelihoods.

While governments have historically sought to frame wartime damage as harm to the ‘natural environment’, this runs counter to the more common peacetime understanding of the environment as just as much a human construct as a natural one. This paradigm accepts the inescapable dependency of humanity on a functioning and healthy environment. It also supports the notion that protecting the environment from the impact and legacy of armed conflict should be viewed as an essential element of civilian protection. It is this human perspective that suggests that there may be opportunities to strengthen the protection of civilian lives and livelihoods through the application of human rights obligations relating to the environment.

But what might this mean in practice? Obligations on states to protect the environment in relation to armed conflict are minimal and it remains the ‘Wild West’ of environmental law. Those obligations that do exist under international humanitarian law – the body of law that governs how wars are fought – are widely viewed as unfocused and ineffective, problems that help contribute to a widespread lack of compliance. The rapid expansion of peacetime environmental law in recent decades has thrown the inadequacy of legal protection in relation to armed conflicts into sharp relief. A fact that has not gone unnoticed by the UN Environment Programme, the Red Cross and the International Law Commission – an academic body that makes recommendations to the UN on the state of international law.

Human rights and the toxic remnants of war

One form of damage where human rights obligations may prove particularly useful is that of conflict pollution. Toxic remnants of war may be generated from direct attacks on industrial or petrochemical facilities, for example the recent bombing campaign of oil production sites in Syria, or the attacks by Islamic State on Libyan oil storage facilities. The creation of vast quantities of rubble and waste can also pose pollution risks, as does the collapse of environmental governance during conflicts. Weak national authorities may also lose control over their borders, leading to the illegal transit and dumping of toxic materials. In some cases, the weapons of war may in themselves leave behind toxic residues.

These were all issues raised by one of Professor Knox’s UNHRC counterparts, Okechukwu Ibeanu, whose work had primarily focused on rights violations relating to the transport and dumping of toxic waste in peacetime, but who also considered pollution generated in relation to conflicts. He argued that human rights obligations were particularly relevant because, although many of the activities that may have caused pollution during conflict would be governed by international humanitarian law – for example a decision to bomb an oil refinery, pollution lasts beyond the end of conflicts. The primary duty bearer – the legal entity responsible – in such cases would be the government on whose territory the pollution was located, irrespective of whether they were responsible for the activity that caused it.

However, states recovering from armed conflict may often be in a poor position to implement the environmental protection measures necessary to protect fundamental human rights without technical and financial support. Equally, shifting the burden of responsibility from the polluter to the polluted does little to deter harmful practices. This suggest that, while human rights approaches could be useful for informing the civilian protection from conflict pollution, implementing them on the ground and deterring polluters would require a clearer framework for international assistance than currently exists.

The Convention on Cluster Munitions – the treaty that bans cluster bombs and helps ensure that they are cleared and that their victims are assisted – perhaps shows how this could be achieved. Its provisions on victim assistance are based on ensuring the rights of all those affected by the weapons are protected. In doing so, the convention creates the framework that defines the clearance and assistance obligations on affected states, with voluntary donor support from the international community, including from some of those who may have used the weapons. Importantly the convention has stigmatised the use of the weapons, establishing a norm that continues to influence those states that have refused to sign-up.

Protect the environment and you protect civilians

Discussions over whether a more formal system of post-conflict environmental assistance, which protects the rights of communities and that could help stigmatise the most environmentally damaging military practices are for the future. More pressing now is the need to ensure that what constitutes unacceptable wartime environmental damage goes beyond the ‘natural environment’ and is instead driven by the acceptance that environmental protection is a prerequisite for the protection of civilians.

In that respect, it has been reassuring that a draft resolution tabled on the environmental impact of armed conflict for this year’s meeting of the UN Environment Assembly recognises: ‘…the close relationship between human rights and the enjoyment of a safe, clean, healthy and sustainable environment’. Unfortunately, a number of governments are seeking the removal of the reference. As the resolution must be agreed by consensus, it is unclear whether this latest sign of the universalization of our fundamental environmental rights will make it to May’s UN Environmental Assembly meeting unscathed. Its loss would be a stark reminder that some governments are not yet ready to accept the interdependency of human and environmental health.

Doug Weir manages the Toxic Remnants of War Project, part of a global coalition of NGOs advocating for a greater standard of environmental and civilian protection before, during and after armed conflict. The project is on Twitter: @detoxconflict

Also out there...
Dalits and Adivasis protest their unequal share in 2016 budget