¡No Pasarán! Writings from the Spanish Civil War, compiled by Pete Ayrton; Islam Beyond the Violent Jihadis by Ziauddin Sardar; The New Russia by Mikhail Gorbachev; Today we drop bombs, tomorrow we build bridges by Peter Gill. 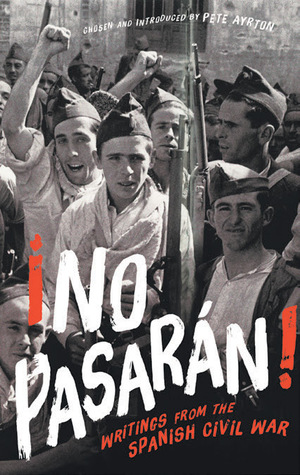 ¡No Pasarán! Writings from the Spanish Civil War

There is hardly a shortage of literature focusing on that seminal event of the 20th century, the Spanish Civil War. So why this new volume? Pete Ayrton advances his reasoning in the introduction to this collection commemorating the 80th anniversary of the beginning of the war. It is, he says, one of the first anthologies to feature primarily Spanish voices rather than foreign participants and commentators. By my count, of the 38 writers featured, 20 are Spanish – a majority but hardly a predominance.

That aside, there is little to fault in Ayrton’s selection. Drawing equally on fiction and eye-witness accounts, his choices take in writers as varied as Juan Goytisolo, Manuel Rivas, Luis Buñuel and Mercè Rodoreda. English-speaking contributors include some of the usual suspects – Laurie Lee and George Orwell, of course – but also some left-field choices such as Gamel Wolsey and Esmond Romilly.

One of the most important aspects is the inclusion of several writers – such as Bernardo Ataxa and Alberto Méndez – from the grassroots movement attempting to reveal the true history of the conflict, in opposition to the ‘Pact of Forgetting’ formulated by the political establishment following Franco’s death.

Ayrton draws striking comparisons between the treatment of Republican refugees following Franco’s victory and the present-day crisis of refugees from Africa and Syria and, overall, these pieces bring home the visceral nature of the Spanish conflict, a clash of ideologies that defined a generation and continues to reverberate today. 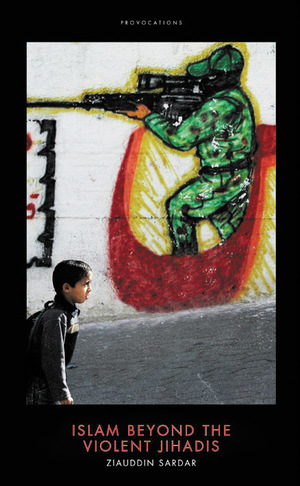 Islam Beyond the Violent Jihadis

Ziauddin Sardar is one of the most high-profile Muslim writers in British cultural life. He is also an outspoken critic of Islam in its contemporary iteration. ‘The vast majority of Muslims,’ he writes in Islam Beyond the Violent Jihadis, ‘have become passive receivers of obscurantist dogma.’ Revisiting the Golden Age of Islamic humanism – spanning, roughly, the 9th century to the 12th and exemplified by the writings of Ibn Rushd (1126-98) – Sardar invites us to recall that Muslim culture was once synonymous with critical thought and rational reflection.

That was an awfully long time ago. In the intervening millennium, free-thinking has given way to literalism, intelligence to the blockheaded dogmatism of Salafism. Sardar avers that ‘[t]he closing of the Muslim mind is one of the great tragedies of modern history,’ and the only true solution to theocratic extremism is to ‘free the intellect and the conscience of the believers,’ enabling them to embrace doubt and compromise.

Sardar is eloquent and genial, his core argument laudable if somewhat optimistic. He maintains that the West, too, has a role to play: never mind the ‘so-called Islamic State’ terrorist group, there is the small matter of an actually existing Islamic state in the form of Saudi Arabia, which brazenly disseminates the poisonous ideology of Wahhabism while backed to the hilt by the US and Britain. Something is dreadfully, glaringly amiss there. 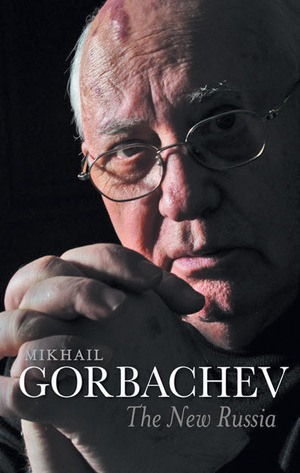 In this volume, the man who brought perestroika and glasnost goes on record about everything from his efforts to humanize Russian socialism to the present state under Vladimir Putin. Gorbachev, first as General-Secretary of the Communist Party and then as leader of the Soviet Union, helped set in motion the events that led to the collapse of the USSR and the economic and political transformation of Russia. For his troubles he is now held to be ‘the most unpopular man’ in the country.

In The New Russia Gorbachev is entirely unapologetic. His failures he puts down to getting caught between the machinations of conservative bureaucrats and the manoeuvrings of opportunistic and ultimately corrupt reformers around Boris Yeltsin. Gorbachev still situates himself as a man of the thoughtful Left, in the tradition of the Czech ‘socialism with a human face’, who believes in the social state and equality.

He remains an astute observer of (and occasional participant in) Russian events. After initially giving Putin the benefit of the doubt he is now a staunch opponent of Russia’s ‘imitation democracy’. He is also an optimist with little time for those who maintain that democracy is just not in the Russian DNA. The New Russia makes for fascinating reading, with thoughtful insights and evocations of roads not (yet?) travelled. 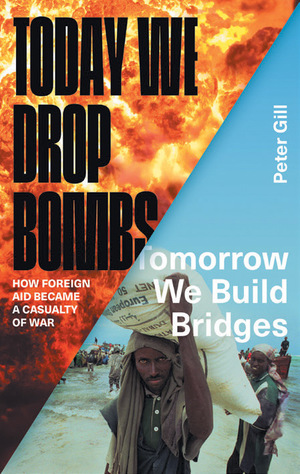 Against the backdrop of the Western ‘war on terror’ and the often indiscriminate ferocity of jihadist militias, this important book explores the changing, crumbling landscape of foreign humanitarian aid. Peter Gill has visited some of the bloodiest arenas of conflict – Afghanistan and bordering areas in Pakistan and Somalia – and observes the challenges faced by people on the ground working to deliver aid. This he couples with dogged background research on the charities and aid agencies involved, and an even-handed weighing up of their motives.

It’s this even-handedness, a willingness to engage with why certain actors behaved in counterproductive and partisan ways and to hear their side of the story, that is the book’s strongest suit. It makes his careful defence of humanitarian practice and the threatened principle of neutrality absolutely compelling.

His analysis of what ensues when charities align themselves too closely with the aims of their governments, as in Afghanistan, is nuanced and piercing. He sees a move towards greater cosying up to home country governments by charities, linked to greater official funding and diminishing impartiality and critical edge. Corporate-styled giants like Save the Children and Oxfam come off worst; independent-minded ones like ICRC and Médecins Sans Frontières emerge pretty much covered in glory. Gill also discusses the Islamic charities doing humanitarian work in inaccessible places like Syria but often viewed with much suspicion. His clear eye is a sure guide through some pretty fuzzy terrain.

Mixed Media: Films
The Panama Papers: a podcast special
Back