A blow for press freedom occurs just as the country prepares for a new ultra-right government, writes Stephanie Boyd. 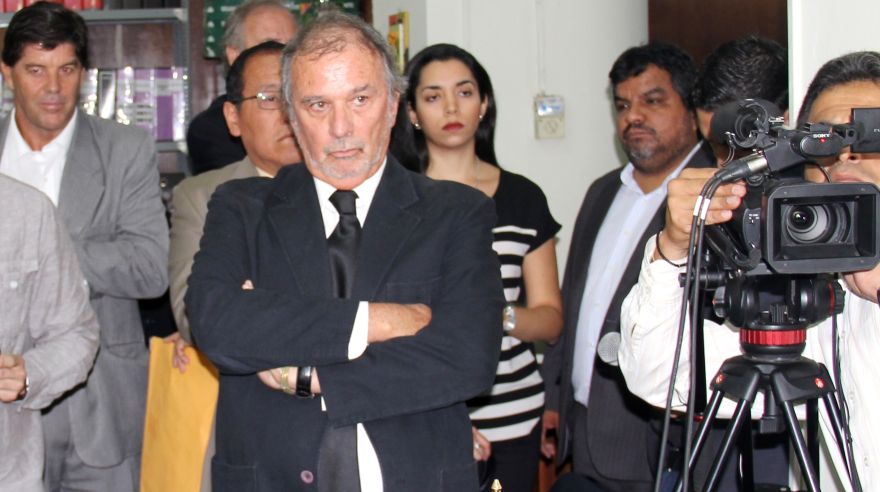 On Tuesday 3 May a Peruvian court celebrated World Press Freedom Day by convicting renowned journalist Rafael Leon of defamation for an opinion article that criticised a right-wing journalist. Leon was given a one-year suspended prison sentence and must pay nearly $1,800 in damages.

Somewhat ironically, Leon's article reprehended Martha Meier for slandering the then-mayor of Lima in an article she wrote for the conservative El Comercio newspaper. León accuses Meíer of trying to damage the mayor’s character with insults and low blows ‘without providing a single argument that would evidence a discrepancy or misunderstanding.’ He concludes the article by asking Meier to apologize to the mayor for ‘practising irresponsible journalism.’

Many nastier words have been published about Meier and her writing. Gustavo Gorriti, an award-winning investigative reporter, once wrote that the ‘reasoning and intellectual level’ of Meier’s articles could be ‘summed up in three words: poo, pee, bum.’

Rafo Leon was far more gentlemanlike, refraining from personal jibes and focusing on the libelous and unprofessional nature of Meier’s piece.

Perhaps Meier left Gorriti alone because she didn’t want to draw attention to his succinct appraisal of her work, or maybe encouraged by the conviction against Rafo Leon, she will come after Gorriti next.

The question is, why wasn't Meier charged with slander for writing that the mayor's government was ‘the most pathetic’ in the city's history and that her staff were ‘an inept club of squeegee kids?’

Perhaps a look at Meier’s political career and alliances sheds some light. She has run for Congress (without success) several times, first with now-disgraced president Alberto Fujimori who is serving a lengthy prison sentence for corruption and human rights abuses, and recently with his daughter, Keiko Fujimori. Meier is a vocal defender of Papa Fujimori’s bloody regime and has called for his release from prison.

During his decade in power, Fujimori stacked the judiciary with his supporters and gained control of major press outlets, including all open-signal television stations. Human rights groups say Peru’s judiciary is still not independent and is often manipulated by political forces.

Although Meier was fired last year from El Comercio for ideological disputes with the editor, she is still a member of the powerful Miro Quesada family, Peru’s version of the Murdoch dynasty. The family owns 78 per cent of Peru’s newspapers and several television stations including the influential business paper El Comercio and Canal N, Peru’s version of CNN. Her dismissal from the paper calls to mind that famous scene in the Godfather film when Michael Corleone says to his brother, ‘Don't ever take sides with anyone against the Family again. Ever.’

With such influential family and friends, is it any wonder Leon was convicted?

In any case, the ruling is a blow for press freedom in Peru just as the country prepares for a new ultra-right government, led by a Fujimori majority in the Congress. Fujimori’s daughter, Keiko Fujimori is also within a hair of capturing the presidency in run-off elections this June.

Peru’s National Coordinating Office for Human Rights (CNDDHH) says the sentence ‘not only violates the rights and freedoms of journalist Rafo Leon, it also presents a clear warning for the independent press,’ and threatens to ‘break its critical spirit’ and prevent the media from making ‘charges against the constant abuse of power.’

PEN International and the Inter American Press Association have both criticized the ruling and launched campaigns to support Rafo Leon.

Two weeks ago another Peruvian journalist, Fernando Valencia, was convicted of defamation by a Peruvian court for criticizing former president Alan Garcia in an article.

In a chilling move, the judge in charge of Leon’s case refused to let him make a statement after his sentence was read. ‘I have the right to speak here and I want to say that I’m in disagreement with this sentence,’ said Leon. ‘I live in a democratic country, with everyone else, while you live in an island of authoritarianism.’

Let’s hope Peru’s fragile democracy survives this new threat to its free press and is not swallowed by the growing island of authoritarianism.

Sign the Avaaz petition in solidarity with Rafo León.

Send a letter to Victor Ticona Postigo, President of the Judiciary: vticona@pj.gob.pe with a copy to the Peruvian ombudsman, Eduardo Vega Luna at: defensor@defensoria.gob.pe