The Universal Basic Income is an idea the left must embrace

This is an exciting idea whose time has come, writes Paul Donovan. 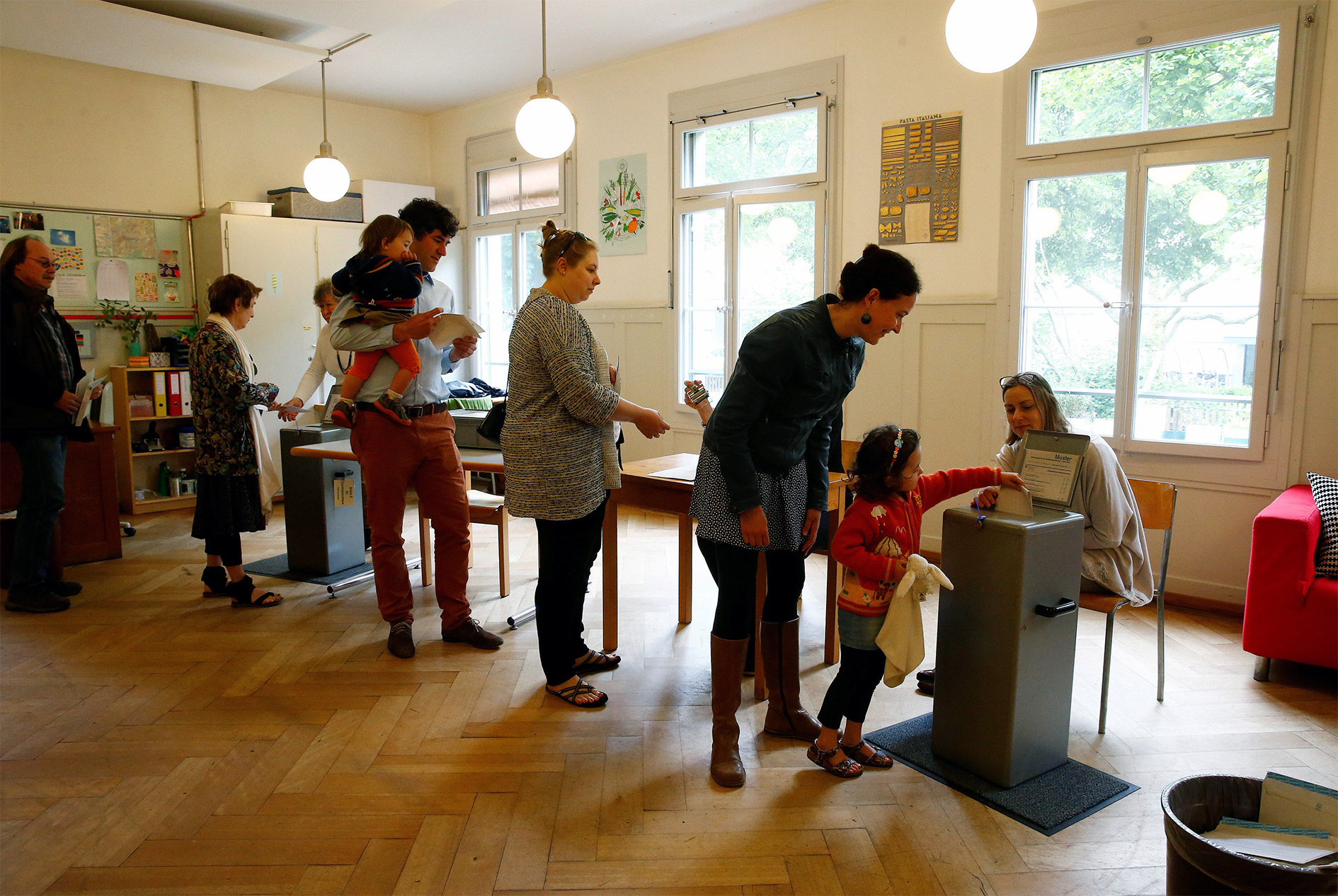 People cast their ballots during a vote on whether to give every adult citizen a basic guaranteed monthly income of 2,500 Swiss francs ($2,560), in a school in Bern, Switzerland, June 5, 2016.
Photo: REUTERS/RUBEN SPRICH

On Sunday, the call in a referendum in Switzerland for a Universal Basic Income (UBI) of $29,000 a year, regardless of work or wealth, was narrowly defeated.

The UBI is a radical idea that has historically drawn supporters on the left like John Kenneth Galbraith and Milton Friedman on the right. On the left, the idea is appealing on the grounds that redistribution of wealth is for the good of all, equality and egalitarianism. The appeal to the right is in cutting the power of the coercive state, reducing welfare and promoting freedom.

The driving forces for the idea now comes with the increasing levels of automation going on worldwide and the need to find solutions to welfare provision.

The idea resonates with the outlook in the 1970s, when it was predicted that in the future there would be shorter working weeks, more leisure time and earlier retirement ages. These predictions, remember, existed long before the internet came along.

Then came Margaret Thatcher with the neo-liberal model, which promptly saw the opposite indices come into play with longer working weeks, less pay and an ever more distant retirement age.

However, despite the damage caused over the past 30 years by the neo-liberal model the underlying motors of development foreseen in the 1970s have continued to grow.

Ironically, it has been some of the features of neo-liberalism that have helped accelerate the demand for the UBI today.

So the neo-liberal model has led to the 1 per cent, an economically polarized society, with fewer and fewer people coming to hold most of the wealth. The wealthy don’t spend money in the same way that the poor do, they often store it away or place it offshore – so demand in the economy falters.

This problem will be exacerbated in a world where there is a growing population but fewer jobs due to automation. In the future, many ask where will the money generate from to create that demand to keep the wheels of market capitalism turning?

In the Britain, the recognition of the crisis in capitalism has seen the tentative efforts to raise the minimum wage to a living level and extend personal tax allowances – taking many people out of tax.

Many questions remain of course, such as what would be the motivation for people to work if they were receiving UBI. The level of course is low so many would want to work anyway. On this point there are concerns from unions that UBI could be set too low, thereby cutting welfare, whilst not providing adequate compensation via payment. (This is also a concern that has surfaced over the living wage.)

UBI though is gaining support. The Finish government is experimenting with the idea, making tax free monthly payments of $440 to a random sample of 10,000 adults of working age, as part of a two year experiment. Some 20 municipalities in the Netherlands are conducting similar experiments.

Ironically, the advance of capitalism in its present form seems likely to make UBI inevitable in the medium-to-long term. There simply will not be the jobs and subsequently demand for products.

The dilemma can be easily viewed at supermarket checkouts, which increasingly push customers toward the automated systems. This will save on labour but in the end where will that former labour find the money to buy products sold by the supermarket?

Funding for the UBI is likely in the main to come from general taxation, with the sums no doubt taking some balancing. However, the idea is an exciting one, brought about in many ways by the ongoing contradictions of the capitalist market system model.

The Swiss may have rejected the idea this time but the referendum seems only the latest stage in the advance of an idea which, if handled properly by the left, could lead to a huge emancipation of society in terms of personal freedom and living life generally.

Australia: a nice, friendly, sunny place?
The role of climate change in the Syria crisis: how the media got it wrong