Canada: silence of the sands 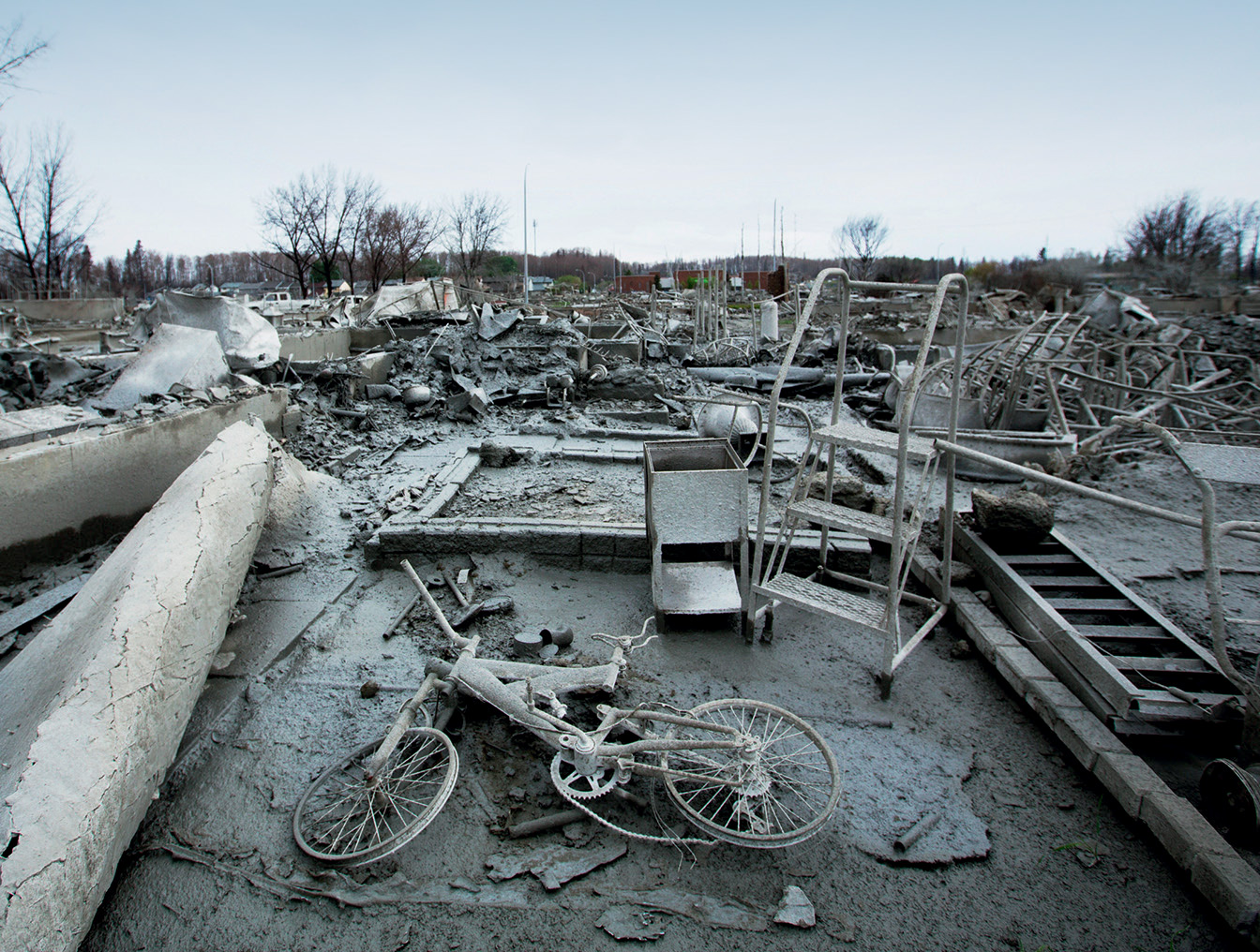 In denial. Politicians refuse to link climate change impacts to ‘The Beast’ wildfire in Alberta, which destroyed over 2,400 homes.
Photo: Topher Seguin / Reuters

When a huge wildfire, known locally as The Beast, tore through northeast Alberta this May, driving out the entire population of more than 100,000 from the oil-sands boom-town of Fort McMurray, it also set in motion a campaign of enforced silence in Canada.

Since the disaster, the media and the political class have point-blank refused to link the Fort McMurray disaster to the climate degradation that has increased the likelihood of huge wildfires in the tinder-dry boreal forest.

Powerful interests are at play. Fort McMurray is a profit centre for the oil industry and a job magnet drawing the work-hungry from far afield to the dirty business of turning oil shale into marketable petroleum. What they do in ‘Old Fort Mac’ is hugely controversial. A recent study by Canadian government scientists found that extracting the tar-like bitumen produces high levels of secondary organic aerosols. This ups an already devastating ecological footprint, including water degradation, deforestation and – of course – carbon emissions. ‘The effects of global warming on temperature, precipitation levels and soil moisture,’ as the Union of Concerned Scientists has noted, ‘are turning many of our forests into kindling during wildfire season.’

The tactics to enforce silence are no less dirty than the tar sands, and include making visitors to the half-burnt-out city sign ‘non-disclosure’ agreements. Elizabeth May, Canada’s only Green Party member in the federal house of parliament, was hushed up when she made the obvious links between the fires and climate change. Liberal Prime Minister Justin Trudeau and Tom Mulcair of the left-leaning New Democratic Party, which controls the Alberta government, both asserted: ‘This is not the time to talk about that.’

Canada’s monopoly newspaper chain Postmedia can’t entirely suppress the story. Instead, it has diverted attention from any hint that wildfires are a form of self-immolation by those who benefit most from oil-sands projects. It frames the wildfire story as one of ‘resilient pioneers determined to rebuild their lives’, which avoids any suggestion that, for all our sakes, Alberta’s oil shale needs to be left in the ground.

This silence is the backdrop for a new government offensive in favour of pipelines to help beleaguered Old Fort Mac get its dirty oil to market.