Chilcot report: looking back on why we went to war with Iraq

If Tony Blair and George W. Bush had listened to Iraqis we would be living in a different world, Nikki van der Gaag writes. 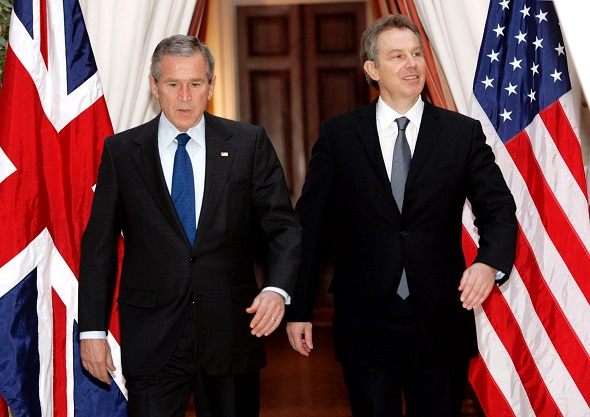 It was 15 February 2003. My family and I joined the march against the Iraq War, along with an estimated 36 million people around the world, and more than a million in London.

Like others, I was angry with Tony Blair and George W. Bush for proceeding without UN approval with what was essentially an illegal invasion. I was strongly against the impending war because I had spent three weeks in Iraq in 1999, putting together an issue of New Internationalist with my fellow journalist Felicity Arbuthnot, who had visited many times and was an expert on the country. 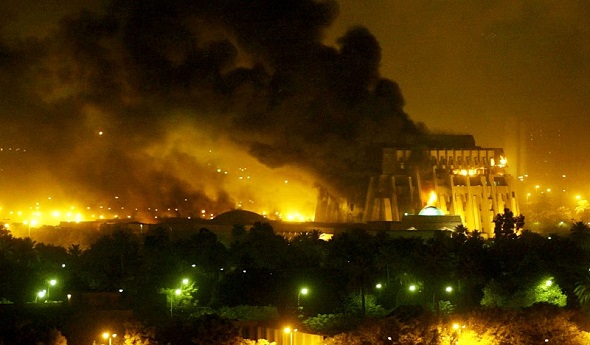 Looking back now as the Chilcot Inquiry finally publishes its results, I can feel a resurgence of that anger: 100,000 people dead, hundreds of thousands more injured, and the forces of darkness in the shape of ISIS unleashed upon the world.

At the time I went to Iraq, its people were in the iron grip of Saddam Hussein and were also suffering bitterly under United Nations sanctions – not to mention the occasional bombing by the West of an unsuspecting shepherd family, the aftermath of which I also witnessed. 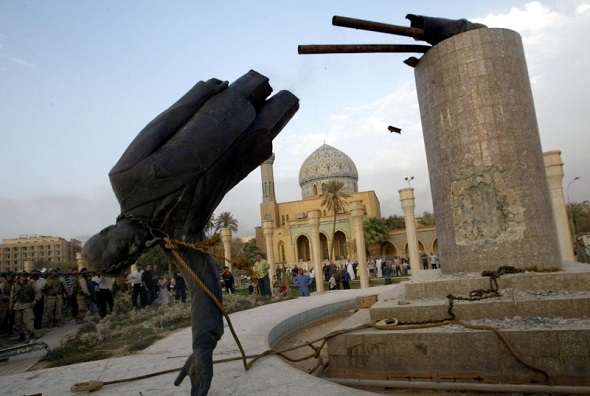 It was not that Saddam Hussein was a good guy, but it was clear even on a short visit like mine that although he was a dictator who imprisoned, murdered and tortured people he didn’t like, he was also holding the country together.

While few people dared speak out publicly against him, many pointed to the development that took place under his regime in the 1980s. Iraq had a good record on women’s rights. And, as I wrote at the time: ‘Adult literacy had risen to 95 per cent (Iraq won the UNESCO prize for literacy three years in a row); 92 per cent of the population had access to safe water and 93 per cent access to a clinic or hospital. Both education and health were free and Iraq’s welfare system was one of the most generous in the Arab world. The country prided itself on the support it gave to countries in need... Economic rights were a priority, though civil liberties were not.’ Now the people of Iraq have neither. 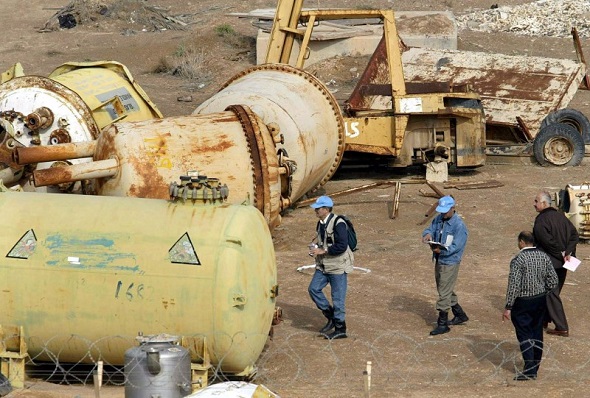 A team of weapons inspectors from the U.N. Monitoring, Verification and Inspection Commission (UNMOVIC) search a military industrial complex, Al-Tariq General Company, some 90 km (56 miles) northwest of Baghdad and near the town of Fallujah 9 December 2002.
REUTERS/Suhaib Salem/File Photo

Indeed, when I was in Iraq it hadn’t been that long since Saddam had been an ally of the West, supported by the US and the UK in the long-running Iran-Iraq war. Even after the chemical bombardment of the Kurds in the town of Halabja in 1988, the US Commerce Department continued to export military equipment to Iraq – including chemicals necessary for the manufacture of nerve gas.

I was pretty sure though in 1999 from talking to people in Iraq – from ministry officials to UN Inspectors – that Iraq did not possess substantial weapons of mass destruction. I had even visited one of the factories that was supposed to have been producing them; it had been supplying vaccines for diseases such as foot-and-mouth at cost price to other countries in the Middle East. 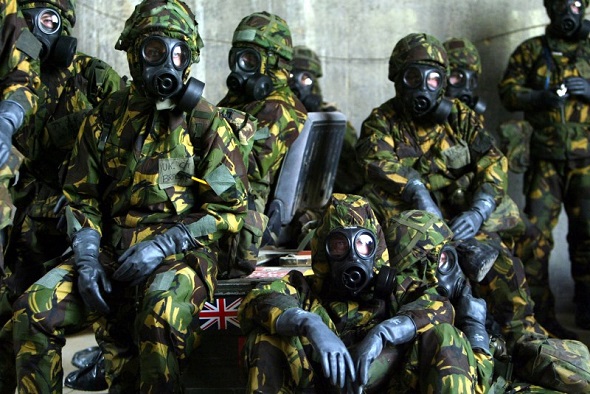 British Royal Air Force personnel wait in a bunker wearing full Nuclear Biological and Chemical suits after a warning of a Scud missile attack on their base in Kuwait 20 March 2003.
REUTERS/Russell Boyce/File Photo

Scott Ritter a UN weapons inspector in Iraq, told New Internationalist that he had resigned: ‘when it became clear that the US and Richard Butler, Executive Director of UNSCOM, were manipulating inspections as a vehicle for maintaining economic sanctions, instead of disarmament. I could not be part of that. My job was to find the weapons.’

He also said that at that time he felt the country had been 90 per cent disarmed and that in relation to the famed chemical weapons, the supposed justification for the US and the UK going to war with Iraq: ‘There’s a real possibility that Iraq still has five hundred 155-mm mustard shells. But militarily that’s nothing. To have an effect on the battlefield you need tens of thousands. A few years ago it had a major plant making chemical weapons. It does not today. The same goes for the biological, nuclear and ballistic programs.’ 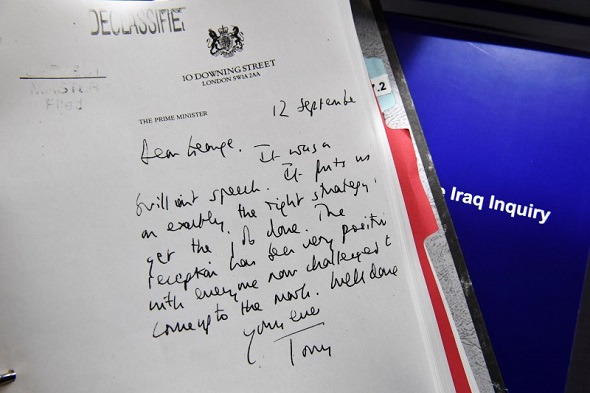 Detail of a declassified handwritten letter sent by the then British Prime Minister Tony Blair, to George W. Bush, former President of the United States, is seen as part of the Iraq Inquiry Report presented by Sir John Chilcot at the Queen Elizabeth II Centre in Westminster, in London, Britain 6 July 2016.
REUTERS/Jeff J Mitchell/Pool

No-one I spoke to wanted military intervention. There was too much history involved between Britain and Iraq, where, in a stroke of irony, we were the colonial rulers who took Baghdad in 1917 with the help of an Arab revolt against the German-allied Ottomans, and later it was Winston Churchill who argued ‘in favour of using poisoned gas against uncivilized tribes’ – mainly referring to the Kurds.

As Nasra al-Sa’adoun, whose grandfather was an Iraqi Prime Minister and who had studied at the Sorbonne in Paris, said firmly to me: ‘Don’t talk to me about human rights. Your analysis is too simplistic. You see the West as good and Iraq as bad. You think you have the right to interfere in our affairs because you have always done so.’ 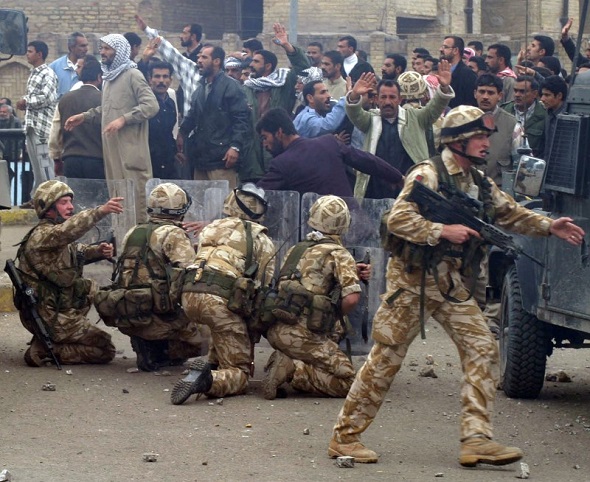 As I was leaving, she smiled at me: ‘You know, I was asked the other day by another foreigner: “What should I tell people when they ask me: “Why haven’t the Iraqi people risen up against Saddam Hussein?” I told him to tell them that the Iraqi people are perfectly capable of sorting out our own affairs. “Tell them” I said. “Tell them to mind their own business…let us rebuild our own country.”’

If only Tony Blair and the UK Government had listened to the likes of Nasra, how different Iraq – and indeed the whole world – might be now. 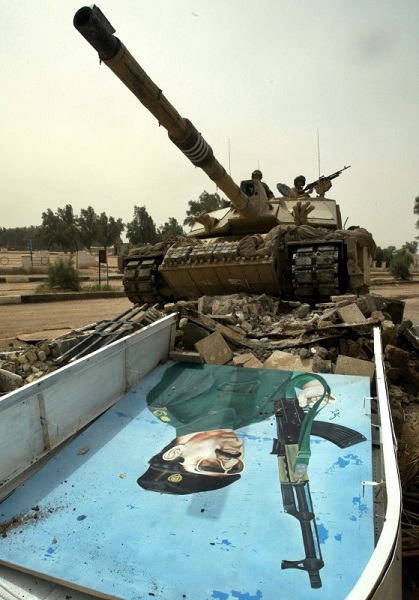 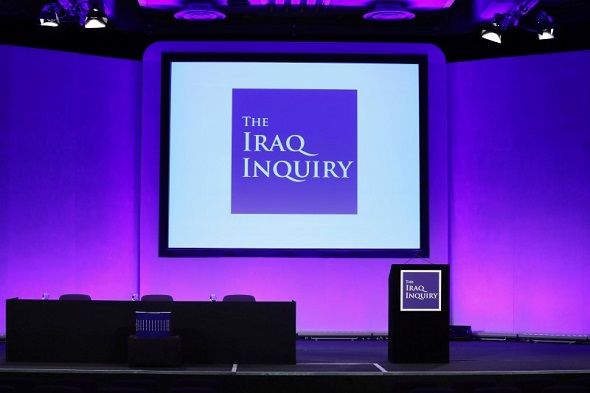 A view of the auditorium where the Iraq Inquiry Report was presented by Sir John Chilcot at the Queen Elizabeth II Centre in Westminster, London, Britain 6 July 2016.
REUTERS/ Dan Kitwood/Pool 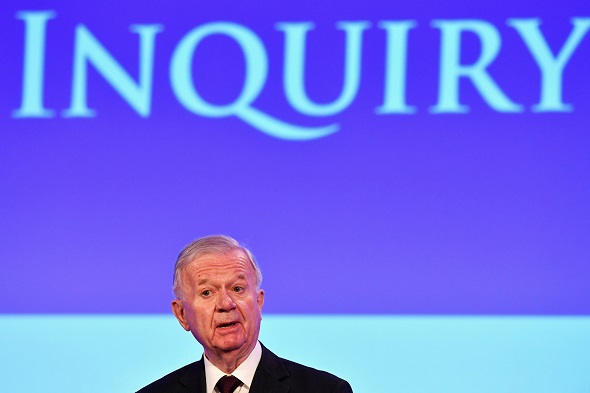 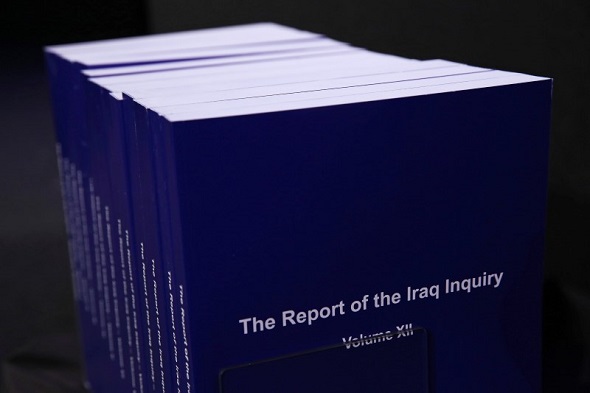 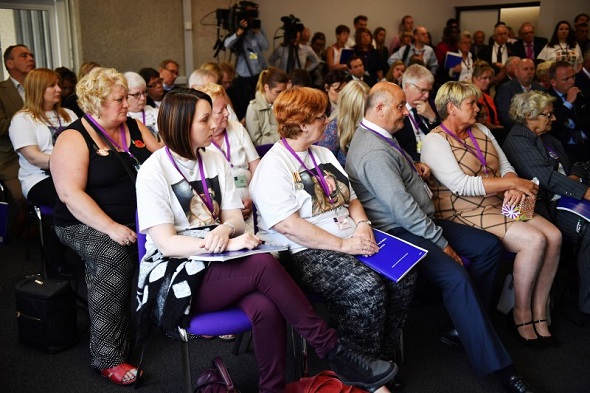 In Venezuela's difficult times the grassroots are stronger
Turkey in turmoil