Kissinger is not our friend

The former US Secretary of State endorsed human rights violations in Bangladesh, Cambodia and Argentina, yet Hillary Clinton calls him 'a friend'. 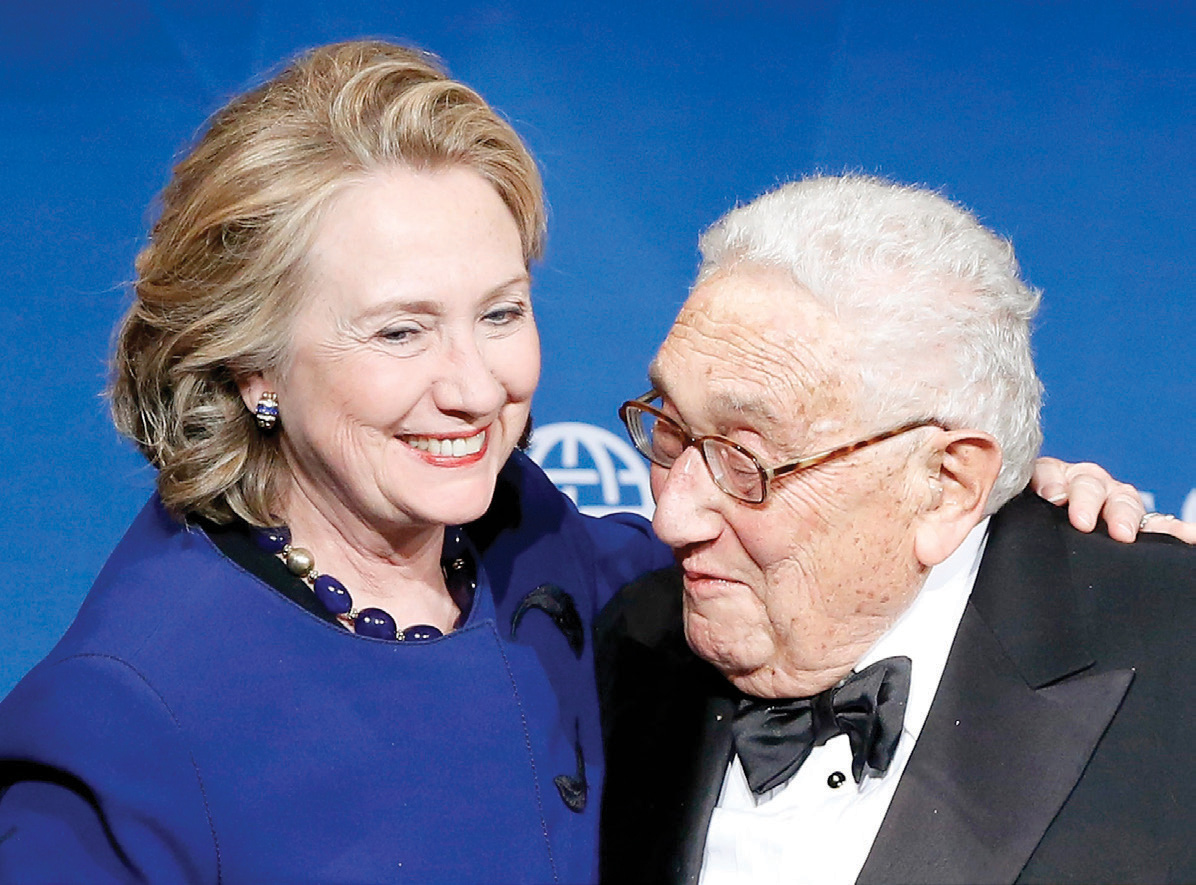 If there’s a living symbol of the United States’ inability to reckon with its disastrous history of military adventurism and embrace of undemocratic regimes, it’s Henry Kissinger. Unfortunately, his influence in Washington has proven exceptionally sticky.

Although rare, it’s not unprecedented for the US government to acknowledge some of its most undeniable foreign-policy catastrophes. During a 1999 trip to Guatemala, then-President Bill Clinton apologized for the US’s role in that country’s genocide in the 1980s, expressing remorse over ‘support for military forces’ which ‘engaged in violent and widespread repression’. Likewise, travelling in the Middle East at the beginning of his first term, President Obama delicately suggested of America, ‘We sometimes make mistakes.’ Conservatives were outraged.

The preferred posture in imperial Washington is to refuse to learn from the past, and hence to repeat it. So maybe it’s not surprising that many leading US boosters of Reagan-era death-squad governments in Central America (figures such as Elliott Abrams and John Negroponte) returned to serve again under George W Bush.

But none of these henchmen has racked up as many war crimes – nor accumulated as much official esteem – as Kissinger.

The former secretary of state and national security advisor’s sordid professional history is familiar to many New Internationalist readers: for starters, Kissinger was architect of the secret and illegal bombing of Cambodia in the 1970s. He then provided US cover for campaigns of mass murder in Bangladesh and Timor Leste. All told, millions perished.

Today, Kissinger remains entirely unrepentant, even as further evidence of his crimes accumulates.

This August, newly declassified memos added to the paper trail showing that Kissinger not only knew about Argentina’s ‘Dirty War’, but actively cheered it on. The notorious campaign of abduction and torture led to the deaths of some 30,000 people, including trade unionists, students, human rights advocates and religious activists. Amid the horror, Kissinger recommended tens of millions of dollars in expedited US ‘security assistance’.

One new document shows that, in 1978, the US Ambassador to Argentina sent a cable to Washington expressing concern about Kissinger’s unrestrained praise for the country’s bloody military government: ‘There is some danger that Argentines may use Kissinger’s laudatory statements as justification for hardening their human rights stance,’ the ambassador warned.

All this is a problem for Hillary Clinton.

The Democratic candidate has called Kissinger ‘a friend’, praised his ‘astute observations’, and stated that she ‘relied on his counsel’ during her tenure as secretary of state. Hillary and husband Bill have regularly spent their winter holidays in the Dominican Republic, at the villa of fashion designer Oscar De La Renta, with an exclusive group that also included… you guessed it… Kissinger and his wife.

During the Democratic presidential primaries, Senator Bernie Sanders denounced this disturbingly cosy relationship: ‘I am proud to say that Henry Kissinger is not my friend,’ Sanders remarked. ‘I happen to believe that [he] was one of the most destructive secretaries of state in the modern history of this country.’

Apparently unchastened by this high-profile exchange, Clinton was reportedly seeking Kissinger’s endorsement for her campaign just days before the new documents were declassified this summer.

Clinton has shown that she can be susceptible to grassroots pressure on foreign policy: she admitted that her vote to authorize the Iraq war was ‘a mistake’, and she has flipped, at least temporarily, on her support for the Trans-Pacific Partnership. But her consistently hawkish posturing and her handling of incidents such as the 2009 coup in Honduras have suggested that the tenets of Kissingerism – particularly a championing of the National Security State and willingness to sanction undemocratic manoeuvres abroad – would remain alive and well should pressure on her prospective administration lag.

Bernie got it right, and his sentiment should speak for all who care about democracy and human dignity: Kissinger is not our friend. And he shouldn’t be hers, either.

Mark Engler’s new book is entitled This Is An Uprising: How Nonviolent Revolt Is Shaping the Twenty-first Century (Nation Books). He can be reached via the website DemocracyUprising.com.

Reasons to be cheerful
Proud to preach