Tax avoidance has its most pernicious effects in the Global South. Stephanie Boyd reports from Peru. 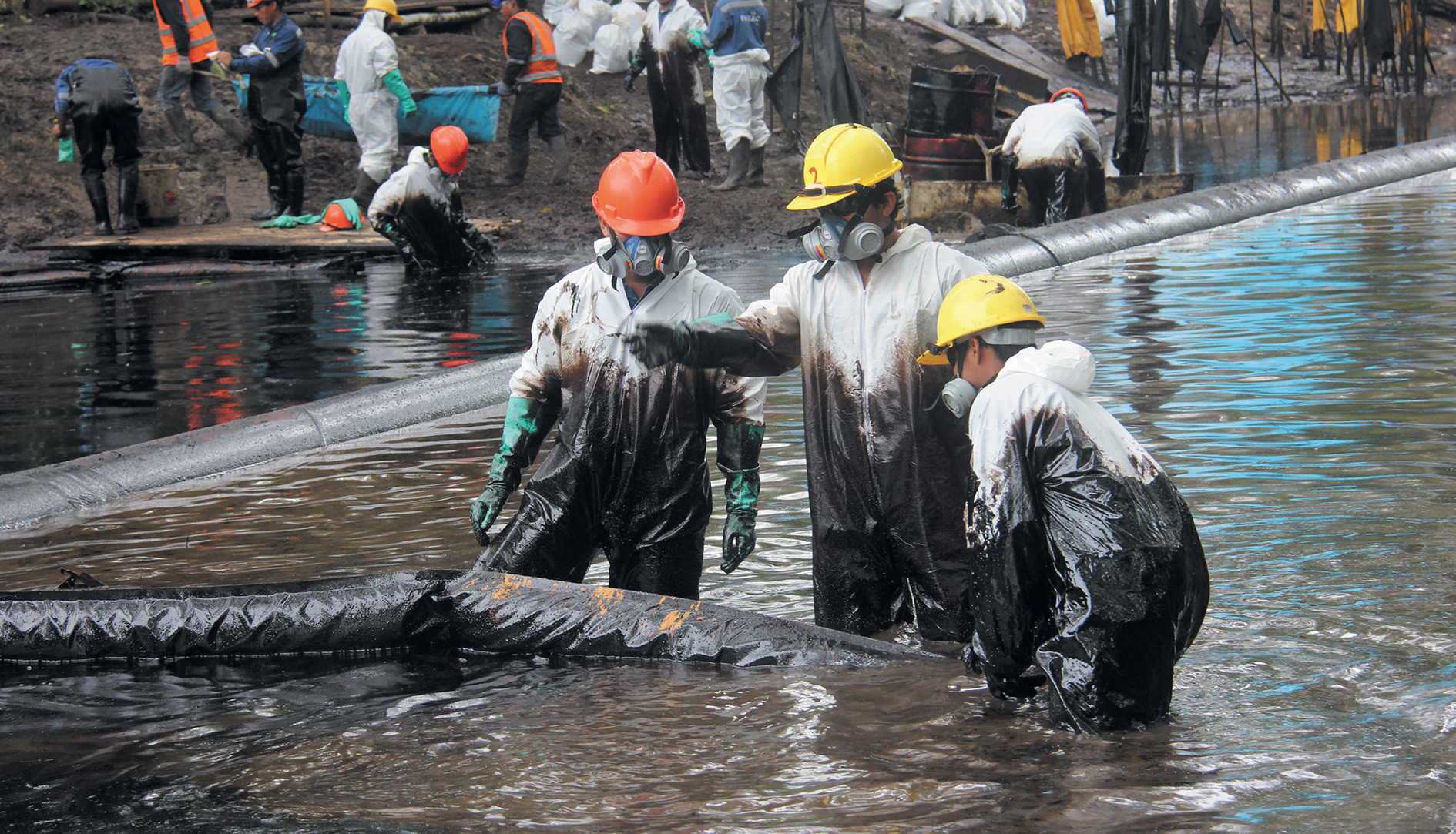 A worker from Peru’s state-run oil company tries to hammer a piece of wood into a gaping hole in the country’s northern pipeline. He fails. Repeatedly. The oil continues to gush with alarming speed and force. Dead fish float belly-up in the black slime.

By the time the spills were stopped this August, over 4,000 barrels of oil had poured into a tributary of the Peruvian Amazon – source of a fifth of our planet’s fresh water. Dozens of indigenous villages were left without drinking water and children were covered in angry rashes.

Leonardo Tello, director of a local radio station, produced a report illustrating these horrific images. He is angry, frustrated and heart-broken. Over the past 19 years the government has registered 190 spills, most affecting the Amazon rainforest.

Peru has one of South America’s fastest growing economies, fuelled by exports of natural resources. But the country never has enough funds set aside for environmental disasters or monitoring. So pipelines continue to rust and burst, and indigenous communities’ potable water is replaced with contaminated fish stocks.

Where are the public funds? The answer is a sad litany of corruption, weak tax legislation and the lure of offshore banks. An investigation by Peru’s Institute of Legal Defense (IDL) found over a 100 Peruvian citizens and companies among Mossack Fonseca’s ‘Panama Papers’ clients.1 This elite group reads like the society pages: television personalities, politicians and oligarchic families owning beer, football and sugar companies and sporting an ancestry traceable back to the Spanish conquerors.

With such cosy tax shelters, it’s not surprising that Peru’s wealthiest 10 per cent pay just over five per cent of the nation’s taxes. In Britain, Italy and Switzerland, this group pays more than 25 per cent. Even in the United States the top 10 are good for 14.2 per cent. But despite this April’s police raids on the Lima offices of Mossack Fonseca, illustrious clients have so far escaped charges. Bank secrecy is legally enshrined in Peru – no need to register foreign bank accounts or companies here.

India has done a better job at going after the tax baddies. The South Asian nation held a four-month tax amnesty this year after the Panama Papers revealed about 500 of its citizens with money in offshore accounts. Violators could pay a tax, surcharge and penalty to avoid prosecution. By the end of September there had been more than 64,000 declarations and the government expects to raise an estimated $4.5 billion.

But the declarations represent ‘only a fraction of the country’s undisclosed earnings’, according to the BBC. They don’t include money ferreted away in Swiss banks and other tax havens which could amount to around $500 billion. India’s web caught the sardines, but the big sharks swam free.

Back in Peru the biggest earners – corporations exporting resources like oil, minerals and gas – enjoy legally sanctioned tax avoidance. José de Echave, a former vice-minister of the environment, says Peru ends up subsidizing the billion-dollar mining industry. When companies buy goods and services for their businesses they receive a tax credit, and because extractive industries export their products, they aren’t charged sales tax on the goods they produce. They can use their tax credits to get money back from the government, especially in years of bad prices.

Antamina, one of the world’s largest copper-zinc mines, sprawls across Peru’s desperately poor central Andean mountain range. The company is owned by some of the world’s richest corporations: BHP Billiton, Glencore, Teck and Mitsubishi. But during the mine’s first four years of production, it didn’t pay any taxes on profits. That is zero tax dollars for an area that lacks basic public services like adequate healthcare and education.

De Echave thinks that Peru, like many other countries in the Global South, believes in ‘a kind of phantom: we think we need favourable tax laws and weak environmental legislation to attract companies. But miners need rich geological resources and there aren’t many of them left in the world.’ He maintains that the extractive industry should pay taxes to offset environmental and social costs.

But when the Panama Papers scandal broke, there was a marked lack of public outcry. Why weren’t the masses rallying in the streets? Luisa Garcia, an IDL investigator, sees a failure of mainstream media to connect issues that affect Peruvians’ daily problems with tax evasion. Her investigation revealed two realities: greedy elites who avoid their responsibilities and don’t pay taxes; and a poor majority for whom even entering the formal economy is a pipedream.1 Over 70 per cent of Peruvian workers lack formal employment: they may not pay taxes, but they don’t receive any benefits either.

This leads to another, much darker theory. In countries with high levels of corruption, where a sizeable chunk of tax revenue ends up in the pockets of government officials and their friends, who cares if taxes are paid?

This answer was brought home to me by a street vender in the northern Amazon, a gregarious Kukama woman who sells barbecued fish and bananas at a bustling port. Business is booming at her creaky wooden table under the stars. But ask her about taxes. Who could afford the trip to the big city to register with Peru’s tax office? Wouldn’t it require an accountant? Computer literacy? Risk hefty fines?

For many South Americans, their only interaction with the state is when police are sent to quash social protest and their family members are arrested, injured or killed. ‘Why should we pay for this?’ Logical question.

Munching on contaminated fish, I remember the schoolteacher who refused to pay his taxes in the US because he wouldn’t support a regime built on slavery, the extermination of indigenous people and the invasion of Mexico.

‘If a thousand men were not to pay their tax bills this year, that would not be a violent and bloody measure, as it would be to pay them, and enable the State to commit violence and shed innocent blood. This is, in fact, the definition of a peaceable revolution.’ These words of revolt were penned in 1894 by Henry David Thoreau, inspired by a night in the local jail for his fiscal sins. The experience galvanized him to write a famous essay, ‘Civil Disobedience’, which inspired Mahatma Gandhi and Nelson Mandela.

I don’t know if my fish seller and the millions of other low-income informal-sector workers across the Global South are part of Thoreau’s revolution or if they are just trying to make ends meet. But the thriving informal markets across the Global South are testimony that something is rotten in the State of Tax Collection. If people don’t see a benefit from paying taxes, there will be little incentive to do so or to hold companies and wealthy violators accountable. Governments need to clean up their own houses, and provide quality public services, for an effective challenge to tax avoidance to stand a chance.

Stephanie Boyd is a Canadian filmmaker and journalist living in Peru. Her most recent film, Karuara, People of the River, is about the Amazon.