Hazel Healy on how independent outlets are gaining traction. 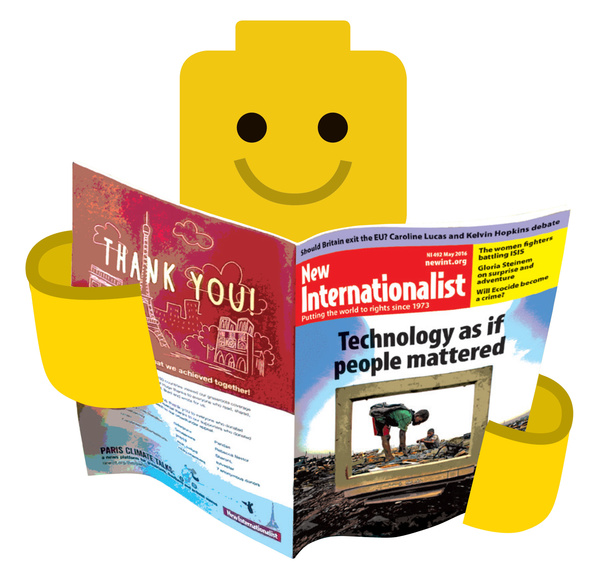 Last year was a divisive and depressing one for progressives everywhere. As the questions rumble on about how we got into this mess, one thing that nearly everyone can agree on is that rampant misinformation is a serious and growing problem.

The scale of distortion and its impact – from aiding Trump’s rise to power to Britain’s exit from the European Union – has leant a new impetus to holding the media accountable and efforts to bring alternative narratives to the forefront.

For starters, the worst excesses of the British tabloids – in particular the Sun, Express and Daily Mail – are being called out by Stop Funding Hate. ‘It feels as if this has been a long time coming,’ says founder Richard Wilson, who has been bowled over by the scale of support for the divestment push that saw Danish toymaker Lego drop its Daily Mail advertising late last year. The Co-op group and John Lewis are in its sights for 2017.

The far-right site Breitbart News is coming under similar pressure. A social-media campaign saw BMW and other brands remove ads in December, shortly after Kellogg’s pulled out, citing content that ran counter to its values.

Meanwhile, independent outlets that offer an alternative, inclusive vision of society appear to be gaining traction.

Punchy, blunt, leftwing news-site The Canary (thecanary.co) is one such runaway success story. Launched in September 2015, it attracts up to 7.5 million monthly views and has a sustainable online membership model.

At New Internationalist, we have also seen evidence of this thirst for meaningful stories, with average weekly subscriptions jumping 300 per cent after Trump’s victory, and web traffic continuing to climb. We plan to embark on a new experiment, inviting our readers and supporters to become co-owners by investing in journalism they can rely on. Watch this space for our upcoming community share issue in March 2017.

Thomas Barlow from the Real Media network reports an upsurge in alternative media projects across Britain. ‘We already have outlets that are ready and waiting,’ he says, describing media as diverse as the rough-andready Milk the Cow podcast from Newcastle (‘put together by ravers and anti-fascists’) and locally owned media co-op The Bristol Cable. ‘The appetite is there for change – we just need to reach beyond our networks.’