Bush Lady by Alanis Obomsawin; Under Frustration, Vol 1 by Arabstazy. 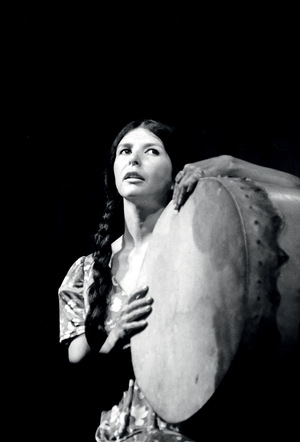 These days, Alanis Obomsawin is best known as a filmmaker whose award-winning documentaries set out the many issues facing First Nations people in North America. What is less known is that this member of, and staunch advocate for, the Abenaki Nation is also a musician of some repute. Bush Lady as an album dates from 1985 but its blend of storytelling, luminous instrumentation and chants marks it as a recording that spans many territories, from the avant-garde of Laurie Anderson to the captivating vocals of Meredith Monk. For decades, the album was unavailable. This re-release from Canada’s Constellation is mastered from the original analogue tapes. Airy, spacious, sweet and stark, it’s a rediscovery to be applauded loudly.

A tender heartbreak attends Bush Lady at all points. Obomsawin looks the ‘civilized’ savagery practised against the First Nations peoples right in the eye. Singing in French, English and a morsel of her first language, Waban-Aki, she makes her point, over and over, gently: ‘Théo’, a two-part song tells of the 1759 massacre of First Nations in what is now known as the St Francis Raid. For most of the 16-minute account, only a steady drum, beating slowly, accompanies her. A flutter of woodwind, little else, floats by. Sometimes the chanting voice rises to a scream. The two-part title track wraps a violin-generated gentleness around the First Nation women deracinated by racist legislation. Obomsawin sings, chants and pulls the listener in. 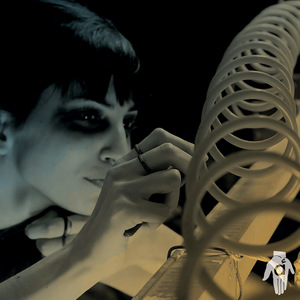 That music speaks in plural tongues is well understood by Shamseddine Omoku, the Tunisian electronic musician and producer also known as Mettani. He is the initiator and curator of Arabstazy, a project that seeks to show just how musically diverse the modern Arabic world is in terms of its electronic music. The first volume concentrates (mostly) on Tunisia and Egypt; subsequent releases plan to go further into the Arabic electro genre, teasing out seams of influence and whirlpools of singularity along the way.

Electronic music has always carried with it a promise of postmodernity. Given Arabstazy’s context – the Arab Spring, disillusion and political instability – the survey of various Arabic futurisms it offers is fascinating. Many of the 10 artists on this compilation feature flickers of traditional instrumentation – woodwinds, percussions – but these are always pulled into the currents of deeply processed melodies, edits and breakbeats. Tropkical Camel, a Berlin-based MC who originates from Jerusalem, conjures a dystopic landscape in ‘Birth of Ashaan’; Tunisia’s Shinigami San employs belly-heavy bass to pound a fragile oud line into the ground. The gender balance is good, too, with standout tracks from female artists Mash, Deena Abdelwahed, and Egyptian singer-producer Aya Metwalli, whose ‘Lugere’ is a gorgeous trip-hop song of yearning. More, please.