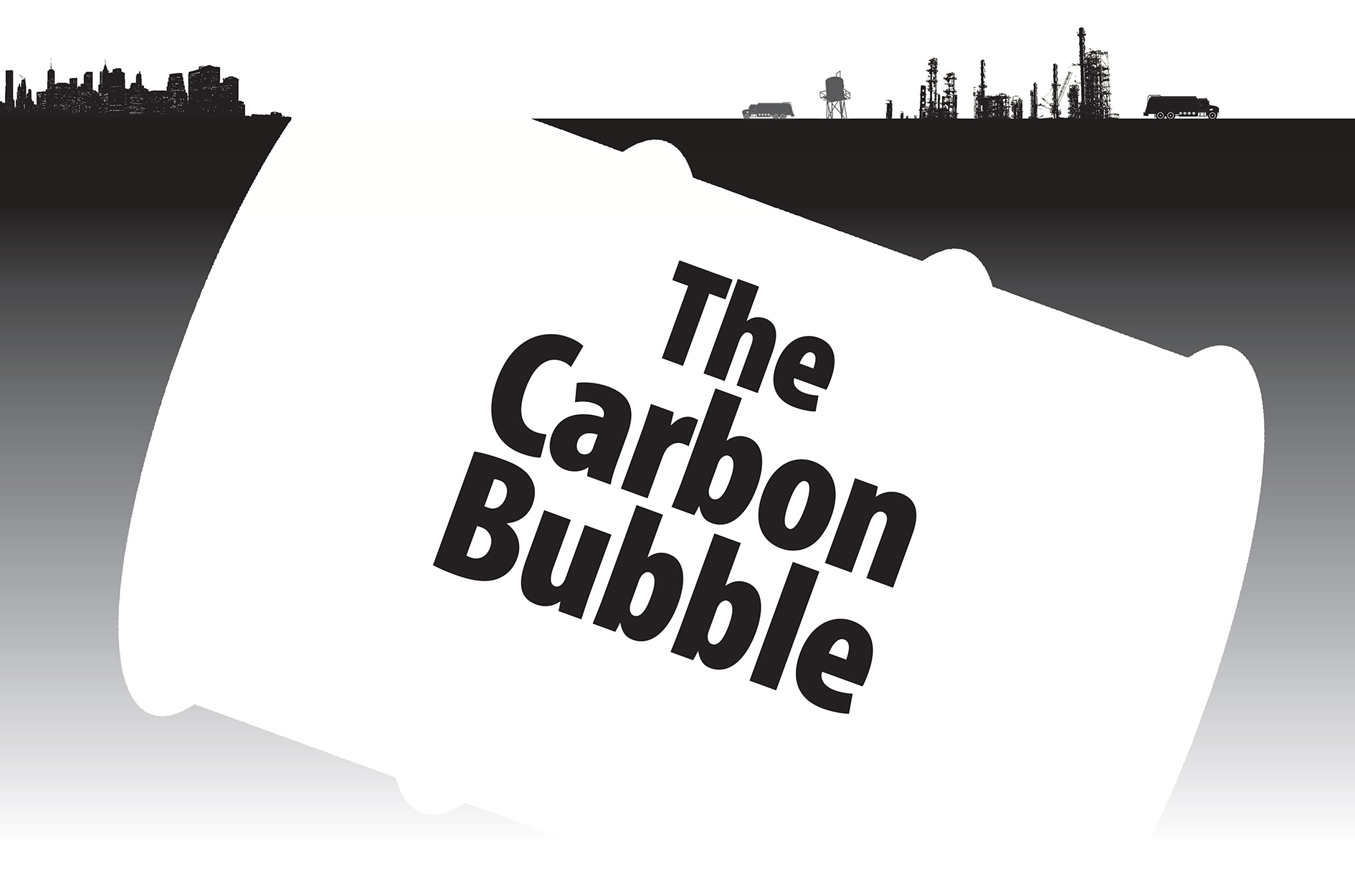 To understand the ‘carbon bubble’ we must start with all the hydrocarbon reserves, like oil and gas, under the ground. Although they have yet to be extracted, the economic value of these unburned reserves is already reflected in the stock market. This is because their potential value forms the basis for predicting the future profits of fossil fuel companies. In other words, the market thinks: ‘As long as there is untapped crude oil sloshing about under our feet then ExxonMobil’s business model is rosy.’

However, according to the IPCC, if we want to stop global temperatures rising by more than two degrees this century then around two-thirds to four-fifths of those underground reserves will need to stay there (see Cédric Durand, Fictitious Capital, 2017). If the market takes this into account, ExxonMobil’s future doesn’t look great all of a sudden. Economists call this untouchable oil and gas a ‘stranded asset’. The New Economics Foundation calls it ‘potentially the biggest asset price bubble in history’.

Energy companies and those dependent on them amount to almost a third of worldwide stock market capitalization. If companies are prevented from extracting hydrocarbons thanks to climate-friendly legislation, they could be looking at $43 trillion dollars’ worth of possible losses by the end of the century. Banks who lend to them are also at risk: ‘indirect exposure to sectors dependent on fossil fuels…could eat up between 40 per cent and 280 per cent of [banks’] capital – the latter figure would effectively bankrupt the banking sector almost three times over.’

It’s a Catch 22: if the carbon bubble is dealt with, it could shock the global economy into a crisis; if it isn’t, then humanity has no viable ecological future on this planet.

Next steps include making banks and fossil fuel companies come clean about the size of their ‘stranded assets’ so markets can adjust; forcing banks to keep ‘brown-capital’ requirements on loans for risky carbon assets that discourage future investment; and making central banks run stress tests for a carbon bubble-induced recession. But a truly radical solution requires subordinating the financial system to democratic control rather than the short-term whims of speculators: forcing it to finance a decarbonized economy of flood defences, home insulation and green energy.

When the world almost ended
The next financial crisis