Cheap drugs and the millionaire whistleblower

Sandhya Srinivasan writes from India on the curious tale of Dinesh Thakur and the generics maker Ranbaxy. 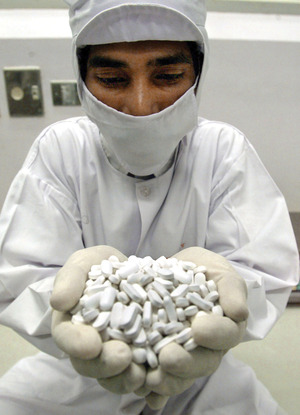 Ranbaxy, which sells generic drugs all over the world, was fined $500 million by a US court.
Photo: Kamal Kishore/Reuters

Dinesh Thakur is a naturalised US citizen of Indian origin who in 2002 took up a post with the dynamic pharma company Ranbaxy. The transnational is famous for making a range of popular generic – or out of patent – drugs that are sold around the world.

Relocated to the firm’s facility outside Delhi, Thakur was tasked to scrutinize the data that Ranbaxy submitted for approvals to the US and other foreign markets. He found that test results were being falsified for HIV anti-retroviral and other drugs; he also came across sloppy manufacturing processes.

In 2004, the engineer reported his findings to his superiors. His unwelcome evidence was ignored and he was accused of watching pornography on his company computer. He resigned in 2005 and left the country.

Two years later Thakur made a complaint in the US under the False Claims Act (FCA), also known as a ‘whistleblower’s law’. This enables private individuals to file cases against government contractors if they have information that the contractor knowingly submitted fraudulent claims to the government.

Ranbaxy’s drugs were being bought by US federal and state medical programmes. The government investigated Thakur’s complaint and took over the case when it found sufficient basis to proceed.

In May 2013, Ranbaxy pleaded guilty to criminal and civil charges in a case brought by the US Department of Justice. The company was fined $500 million in penalties and compen­sation, the largest ever handed out to a generics manufacturer (see Not just generics, below).

Ranbaxy admitted submitting fraudulent data to US regulators, failing to file required reports in time, making false statements, and selling ‘adulterated’ drugs – that is, drugs that were not manufactured in compliance with US Food and Drug Administration (US FDA) current Good Manufacturing Practices (cGMP).

As for Dinesh Thakur, his fate has not been that of most whistleblowers. Not only did he have the backing of a powerful US authority, he also received a massive $48.6 million pay-out. Under the False Claims Act the whistleblower may be entitled to a percentage of the fine imposed on the perpetrator.

Thakur has stated that he now plans a new venture to help companies comply with regulators. He is careful not to disclose where he is living.1 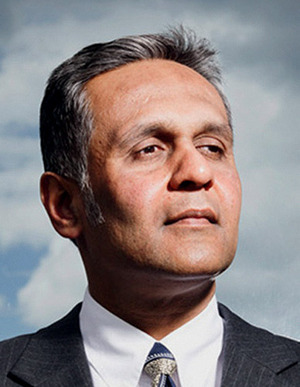 Unusually for a whistleblower, Dinesh Thakur got a $48 million reward.

Thakur’s ultimate good fortune is unlikely to have any knock-on effect for Indians who wish to expose wrongdoing in their own country. Whistleblowers in India are generally harassed, threatened, fired, forced to resign and even murdered. And the government is dragging its feet on legislation to protect them.

It did not act on a report from the Law Commission in 2001, waiting until 2003 when Satyendra Dubey, an engineer in the northern state of Bihar, was murdered for exposing corruption in highway construction contracts.

The uproar following Dubey’s murder forced the government to pass a stop-gap measure, setting up vigilance commissions to hear complaints of corruption in government. However, this has had no discernible impact; it did not protect people like Indian Oil Corp employee Manjunath Shanmugham who was killed in 2005 while investigating a petrol adulteration racket.

At present, the Whistle Blowers Protection Bill 2011 is inching its way through the legislative process. But the bill is weak: it does not address corruption in the private or corporate sector. Nor does it penalize harassment of the whistleblower.

Finally, the vigilance commission that reviews complaints can only make recommendations; it has no power to impose penalties.

The fall-out from the Ranbaxy scandal has not helped the campaign for affordable medicine. Some of the company’s violations were major and inexcusable, comments S Srinivasan2 of Low Cost Standard Therapeutics, a Gujarat-based manufacturer of essential drugs and advocate for access to affordable medicines, especially ‘dating stability studies weeks or months after they were reported, which is clearly a lie varnished as truth’. Also, Ranbaxy ignored several warnings from the US food and drug authority. This culture of routine violations, he notes, possibly came from management pressure to comply with the company’s targets for the US market. Almost half of the company’s global sales of $2.3 billion in 2012 were in the US.

Health activist Amit Sengupta, global co-ordinator of the People’s Health Movement, agrees that Ranbaxy is guilty of falsifying data but adds that the case is being used in the media to ‘mount an orchestrated campaign against generic medicines manufactured in India’.

Test results were falsified for HIV anti-retroviral and other drugs

The stakes are rising. In 2008, Japanese transnational Daiichi Sankyo bought a controlling share of Ranbaxy in one of the many mergers between Indian generic manufacturers looking to upsize, and foreign companies facing a ‘patent cliff’ – as their blockbuster drugs lose patent protection, they are not replaced with new profitable drugs. The only way forward is to enter the expanding generic market.

Between 2011 and 2016, blockbuster drugs with a brand value of at least $133 billion will lose patent protection – a loss to the patent-holding companies but a bonanza for generics. Patent holders facing a sharp drop in their profits have chosen to call into question the quality of generic formulations, and especially Indian generics.

The Ranbaxy case has become a rallying cry for the anti-generics lobby to undermine public confidence in generic drugs. On the day of the settlement, CBS News ran a report titled: ‘Do generics work as well as name brands? Maybe not.’

Big Pharma’s insistence that generic drugs are of lower quality is part of its fight to keep drug prices high and make mega-profits. 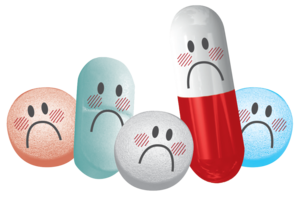 PFIZER fined $2.3 billion in 2009 for largest healthcare fraud in history.

ELI LILLY paid a record $1.4 billion in 2009 to settle US federal and state fraud allegations.

MERCK fined $950 million for illegal marketing and false statements about safety of the painkiller Vioxx.

Sources: US justice department, US FDA, and Hindu Businessline

To give a sense of scale: in 2001, generic drug maker Cipla brought the price of anti-retrovirals down from $10-15,000 a year to $365, forcing Pfizer and others to slash their prices as well. When Novartis fought its patent bid for the cancer drug Glivic, it was charging $2,600 a month for the drug. Novartis lost its case. The generic version, imanitib, sells in India for about $175 a month.

India currently produces 10 per cent of the world’s medicines and is the largest supplier of active pharmaceutical ingredients to the EU. Eighty per cent of the active ingredients in all US drugs – generic and branded – are now made in foreign countries.

‘The US has become the most important market for companies like Ranbaxy,’ says Sudip Chaudhuri, Kolkata-based economist. ‘Even if Ranbaxy gets banned there, other Indian companies will take over. The US will find it politically difficult to prevent Indian generics because of the cost savings.’

Interestingly, Britain does not follow the US line. The Medicines and Healthcare products Regulatory Agency has ‘no evidence that any of the products on the UK market manufactured by Ranbaxy are or have been of unacceptable quality’. The World Health Organization similarly vouches for Ranbaxy drugs.

The US defines a drug as ‘adulterated’ if it does not comply with cGMP requirements. ‘This is not necessarily sub-standard,’ says Srinivasan of Low Cost.

And that’s the bottom line: generic drugs are safe, healthcare programmes the world over depend on them, and if Ranbaxy won’t sell them, someone else will. Companies and regulatory agencies must ensure that drugs are manufactured correctly, and marketed ethically. They must also ensure that irrational, unnecessary and harmful drugs don’t get on the market. It is also essential that whistleblowing remains an act of conscience and that penalties for wrongdoers are imposed in the interests of justice – not used to serve competitive, corporate advantage.

Sandhya Srinivasan is a Mumbai-based writer and consulting editor with infoexchangeindia.org and the Indian Journal of Medical Ethics.