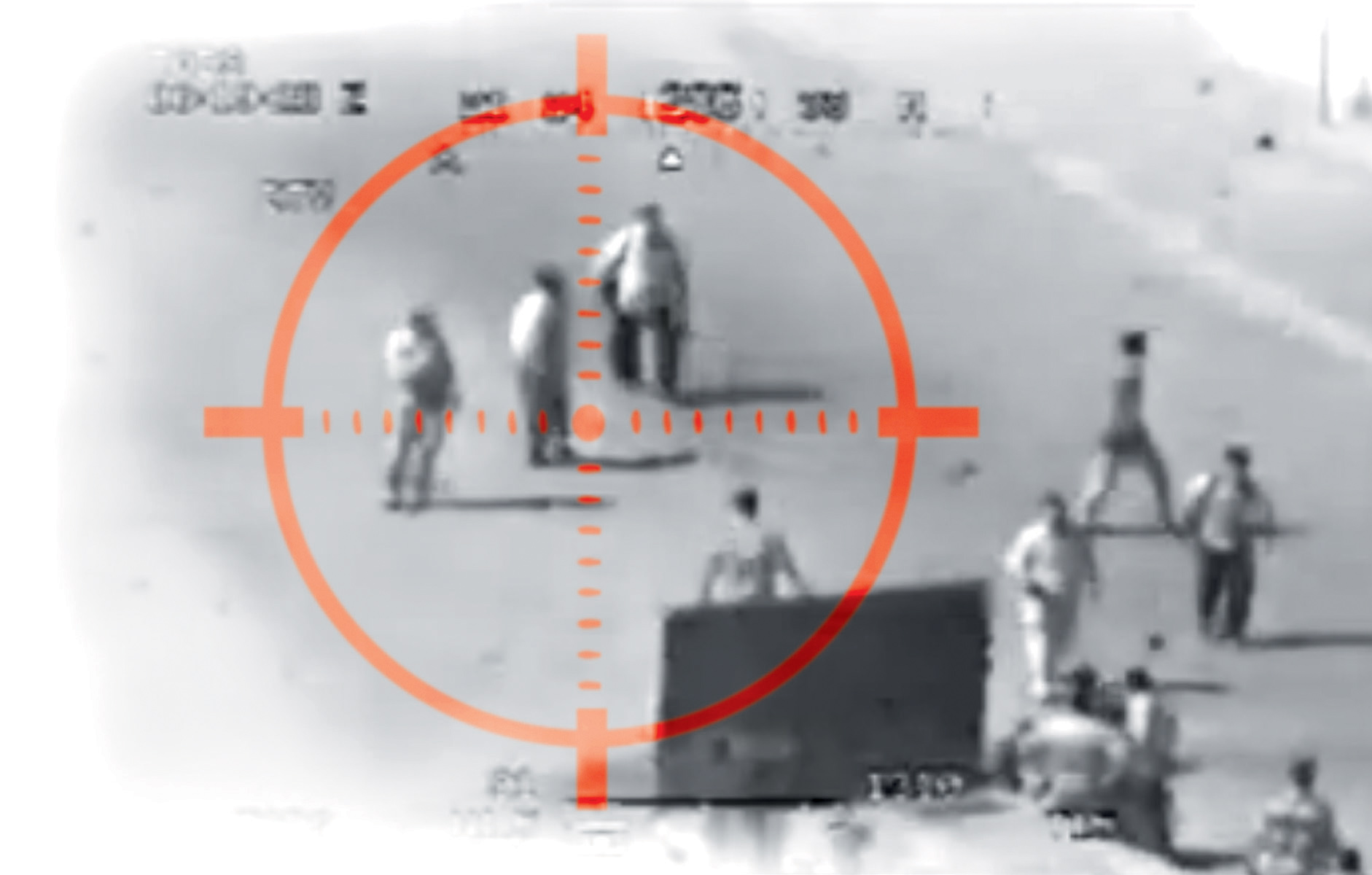 ‘The individuals that own this office are in the business of catching shit bags,’ read a sign above the targeting section in the intelligence shop near eastern Baghdad, Iraq, where Chelsea (formerly Bradley) Manning worked. ‘If you think for one second you can come in here and bug us with sissy shit you might want to rethink your pathetic life.’

The ‘sissy shit’ that disturbed Manning was how illegal killing and violence are sustained by organizational ineptitude and public ignorance. Unlike other soldiers, who did not have access to classified information, Manning had the benefit and the burden of knowing the truth and having a conscience.

For disclosing low-level intelligence and unclassified information to the public about the wars in Iraq and Afghanistan and US diplomacy abroad, Manning received 35 years in prison. Acquitted of aiding the enemy, for which she faced life, she was eventually convicted of espionage, exceeding authorized access, stealing US government property and wanton publication.

Her disclosures included the ‘Collateral Murder’ video, shot from an Apache helicopter in July 2007, which shows the killing of 12 Iraqi civilians (including two Reuters employees) on the streets of Baghdad. ‘Look at those dead bastards!’ says one US soldier after the shooting spree. ‘Nice,’ responds another.

In a letter to The Guardian newspaper after her sentencing, Manning described herself as a transparency advocate. ‘I feel that the public cannot decide what actions and policies are or are not justified if they don’t even know the most rudimentary details about them and their effects,’ she wrote.

Field reports from the war in Iraq, which she had disclosed, revealed 15,000 previously unknown civilian deaths, according to the online organization Iraq Body Count. The ones she disclosed from the war in Afghanistan, she explained, illustrated how ‘in attempting to conduct counter-terrorism... and counter-insurgency… operations, we became obsessed with capturing and killing human targets on lists… and ignoring the second and third order effects of accomplishing short-term goals and missions’.

‘I believe that if the general public, especially the American public, had access to the information... this could spark a domestic debate on the role of the military and our foreign policy in general as it related to Iraq and Afghanistan.’

Manning also disclosed 251,287 low-level diplomatic cables to Wikileaks, which had already been widely disseminated among at least half a million US government employees and federal contractors.

One referred to the US killing of an Iraqi farmer and his family in 2006. After the incident a US official declared that allegations that troops ‘executed a family… then hid the alleged crimes by directing an air strike, are absolutely false’. But autopsies carried out at Tikrit Hospital revealed that ‘all corpses were shot in the head and handcuffed,’ wrote Philip Alston, the United Nations special rapporteur on extrajudicial, summary and arbitrary executions. The night raid by US forces had killed 11 people, including an elderly woman in her seventies and a five-month-old baby. (To date no-one has been held to account.)

Alston reminded the US Embassy in Geneva that the US could be held responsible for violating human rights even if Iraq granted immunity to American soldiers. According to Alston, there was no reply. ‘The tragedy is that this elaborate system of communications is in place, but the [UN] Human Rights Council does nothing to follow up when states ignore issues raised with them,’ he commented to McClatchy Newspapers.

‘If you are a military member and you are in uniform, the expectation is that you will make that disclosure through your chain of command,’ says Dan Meyer, the Pentagon’s director of whistleblowing and transparency.

But Manning’s lawyer David Coombs explains that: ‘Chelsea knew the system. She understood that if you went through the so-called “legitimate channels” that information is still going to remain within the government, and it is not going to be released to the public.’

Manning recounted in court how in February 2010, she had been ordered to investigate the arrest of 15 individuals for publishing ‘anti-Iraqi’ literature at a Baghdad printing press. She informed her command that the detainees were dissidents, not militants, and that the ‘anti-Iraqi’ literature amounted to a benign scholarly critique on corruption in the cabinet of Iraqi Prime Minister Nouri al-Malaki. Her superiors, she said: ‘told me to “drop it” and to just assist them and the Federal Police in finding out where more of these print shops creating “anti-Iraqi literature” were’.

‘To date, the Military Whistleblower Protection Act of 1988 has created far more victims than it has helped,’ says Tom Devine, legal director at the Government Accountability Project.

The US Congress has recently attempted to improve the law, which is intended to protect military whistleblowers from retaliation by co-workers and superiors. But Manning faced retaliation from the State itself. Prior to the trial, prominent members of US Congress called for her execution, and President Barack Obama declared that she had broken the law, before her trial.

Official channels for military whistleblowers ‘only protect internal disclosures of classified information that comport with the law,’ says Jesselyn Radack, the National Security and Human Rights Director at the Government Accountability Project.

‘Comporting with the law’ means, US prosecutors argue, that the non-disclosure agreements that government employees sign when they apply for security clearances outweigh their First Amendment rights.

‘Simply because you believe that something that’s going on that’s classified should be revealed... so that the public can know that its government is doing something you think is wrong, doesn’t justify [publicly disclosing] it,’ wrote Judge TS Ellis III in another espionage case. ‘Noble motives don’t erase the violation.’

At her trial Manning was not allowed to explain the reason for her disclosures or her ‘good faith’ intention to inform the public. Unlike Britain (see box on Katharine Gun) the US lacks a ‘public interest’ defence that can override the signing of an official secrecy agreement.

Undoubtedly, many US military service members who have been deployed to conflict zones have witnessed law of war violations and seen horrific conduct, including the massacre at Haditha, torture and prisoner abuse at Abu Ghraib, or the murder of innocent civilians by a US ‘Kill Team’ in Afghanistan. Despite only accounting for 10 per cent of the overall civilian population, US veterans now account for one in five suicides, according to a recent report. Whether the increased rate of suicide is due to ethical and moral dilemmas, such as Manning experienced, is unknown.

What is certain is that the public is today far better informed about the reality of US-led interventions in Iraq and Afghanistan. And some have credited Manning’s disclosures with helping to speed up the US withdrawal from Iraq.

After her sentencing, Manning filed a request for a presidential pardon. The Administration has chosen not to table Manning’s application until the appeals process is complete. Unfortunately for Manning, this is expected to take years – by which time Obama will have left office.

Alexa O’Brien is an independent US researcher and journalist who has created an extensive archive of Manning’s closed trial usvmanning.org

The translator who tried to stop a war 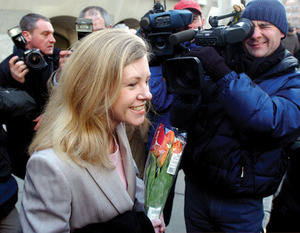 In the lead-up to a key vote on war with Iraq, British translator Katharine Gun exposed a secret US plot to bug the UN offices of six ‘swing nations’ on the Security Council (Angola, Bulgaria, Cameroon, Chile, Guinea and Pakistan).

The former British intelligence agency GCHQ worker was charged under the Official Secrets Act in November 2003. She planned to plead ‘not guilty’, saying that she acted in the public interest to prevent imminent loss of life in a war she considered illegal. The case came to court in February 2004. Within half an hour, the case was dropped as the prosecution declined to offer evidence.

Gun’s defence team had asked the British government for any records of advice about the legality of the war that it had received. A full trial might have exposed any such documents to public scrutiny as the defence was expected to argue that trying to stop an illegal act (an illegal war of aggression, for example) trumped Gun’s obligations under the Official Secrets Act.

Most whistleblowers leak after the event. Gun did so before – to try to stop something she viewed as terrible before it happened.

Daniel Ellsberg, the US whistleblower who leaked the Pentagon Papers about war in Vietnam, has described Gun’s as ‘the most important and courageous leak I have ever seen’. He added: ‘No-one else – including myself – has ever done what Katharine Gun did: tell secret truths at personal risk, before an imminent war, in time, possibly, to avert it.’