The northeastern US state of Vermont will now require warning labels for genetically modified (GM) food. The bill takes effect in July 2016 when it will also become illegal to describe GM food products as ‘natural’. It is a bold move in a country dominated by large biotech corporations, which often dictate legislation. Campaigners hope that Vermont’s success will drive consumer demands for greater transparency on a national scale over the ingredients in their food. So far this year, 29 states have proposed similar bills.

China is to prioritize public health and the environment over the economy through amendments to its 1989 environmental Protection Law. The first change to the legislation in 25 years, the revisions will give the environment ministry greater power to crack down on polluters. It is being welcomed as an important tool for tackling dangerous levels of air pollution in the country’s congested cities. The final draft is likely to impose an ‘ecological red line’ declaring certain regions off-limits to industry. 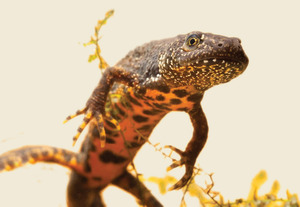 The protection of great crested newts and other endangered aquatic species in europe is to be boosted by a new survey method. environmental DNA analysis means newts can now be detected 10 times faster, saving researchers precious time as they work to locate and count the pond-dwelling amphibians. Conservation projects can then be better targeted to areas where populations are in decline.

Weed-killing breast milk?
'How did our community survive this?'