'How did our community survive this?' 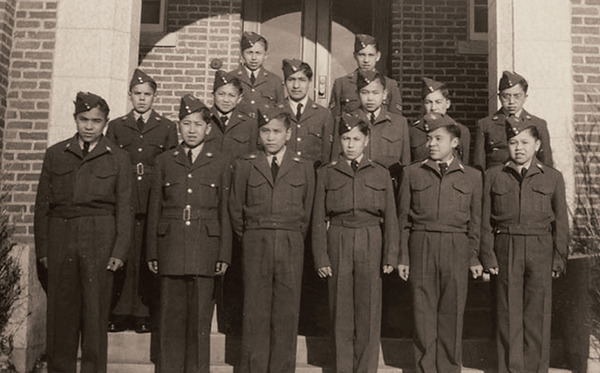 Aboriginal pupils at Edmonton Residential School, Alberta in the 1950s. Embedded in a wider policy of assimilation, the church-run schools have been accused of cultural genocide.
Photo: Library and archives Canada / e011080263 (altered)

The Missing Children Project, part of Canada’s Truth and Reconciliation Commission (TRC) is investigating the deaths, disappearances and burial places of more than 4,100 aboriginal students who died in government-funded residential schools.

From the 1870s onwards, around 150,000 aboriginal children across Canada were taken from their families, often by force, and sent to government-run schools where they were forbidden to speak their language or practise their own culture.

‘It’s a huge project,’ explains Kimberly Murray, a member of the Kahnesatake Mohawk Nation and executive Director of the TRC. ‘We are continuing to add [deceased or missing] children’s names.’

Disease was rife in the dorms of the church-run schools, where students died from malnutrition, neglect and in accidents. Physically, mentally and sexually abused, some children committed suicide or died attempting to flee.

‘This is sacred work and it is not easy. As a mother of two young kids I ask myself, “How did our community survive this?”’ says Murray.

She relates the story of Charlie Hunter, a 13-year-old residential school student in Ontario who drowned while rescuing a partially blind classmate in 1974. He was buried 500 kilometres from his home village of Peawanuck, without parental consultation.

After seeing his story in the Toronto Star newspaper recently, readers fundraised to bring home the boy’s remains. Among those attending the reburial service was Joseph Koostachin – the man Charlie Hunter had saved.

The testimonies of survivors – who number around 80,000 – have provided crucial evidence, along with records from federal and provincial government and churches.

More submissions are anticipated. Murray encourages anyone with relevant information to contact the TRC, which has just over a year left of a five-year mandate.

‘We are keeping a side list,’ she says, ‘and will continue to look where there are suspected deaths but we can’t find documents.’

Eventually, survivors’ testimonies and all other TRC documentation will be archived at the University of Manitoba and made publicly accessible, with some privacy stipulations.

Many Canadians are unaware of this hidden history. Other initiatives such as the education package ‘100 Years of Loss’, recently developed by the Legacy of Hope Foundation, are working alongside the TRC to increase understanding and help the healing process.

The residential schools policy was active in Canada until the mid-20th century, with the last school closing its doors as recently as 1996.

Reasons to be cheerful
Are riots good for democracy?