Are riots good for democracy? 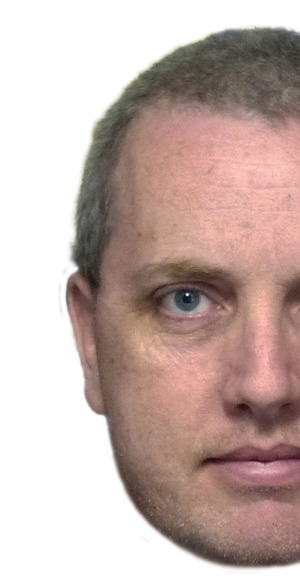 YES: Stephen D’Arcy is an Associate Professor in the Department of Philosophy at Huron University College, in Ontario, Canada. He is author of the book Languages of the Unheard: Why Militant Protest is Good for Democracy, and co-editor of the forthcoming book A Line in the Tar Sands: Struggles for Environmental Justice.

Are riots good for democracy? In general, I believe that they are. But let me immediately clarify. Riots are complex, unco-ordinated crowd activities. No-one defends every act committed by every rioter. Even in riots motivated by egalitarian and democratic aspirations, individuals may indulge in indefensible attacks on bystanders. We should reject wrongdoing in riots, as we do in other contexts. But we cannot let it obscure the fact that outbreaks of determined public defiance can often shift the balance of power between ruling élites and the poor and working-class people that they exploit and oppress. People long dismissed by the powerful suddenly become impossible to ignore, once their insistence on being heard finds expression in confrontations with the legal order and its police.

In the aftermath of riots, states often set up ‘commissions’ designed to defuse the tension. Initiatives are announced, programmes are launched. Usually, these do little to advance the public interest, and we rightly view these stratagems with a cynical eye. Yet they tell us something important: that grievances long ignored now have to be taken into account; that a strategy is now needed to undermine the new boldness of those no longer content to suffer in silence.

It is this boldness that serves democracy: the audacity of Stonewall, the Brazilian students rioting for access to education and the garment workers in Bangladesh demonstrating for a safe workplace and a living wage. Their defiance puts the powerful on the defensive and creates an opening for other, more constructive forms of organizing to take root. To turn the tide against injustice, we need movements that are relentless, escalating and with a broadening base of participation. Riots are no substitute for this work. But, to the extent that they enable the silenced and ignored to find their voice, rioting is an important part of democratic politics. Vijay

The question needs to be more nuanced. Democracy has itself to be rooted in its capitalist straitjacket. Riots do not happen because you want them to happen. They are an outgrowth of capitalism. I do not celebrate them. I simply acknowledge that they happen.

One of the great accomplishments of Marxism was to establish, scientifically, that the capitalist social order is structured around class violence. That a small percentage of the population controls Capital, and that the remainder must sell their labour power to the minority out of compulsion, is the heart of the social relations in our current system. Capital has the right to buy labour power at its price, as much as labour power has the right to try to increase its price. They both have equal rights. When rights are equal, writes Karl Marx, ‘force decides’. 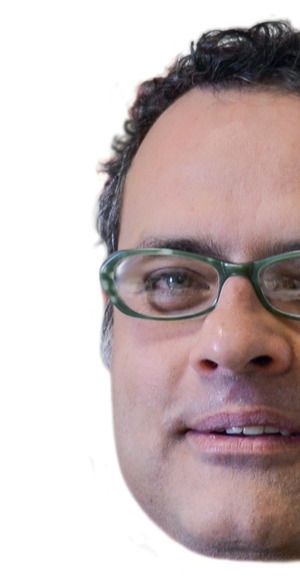 NO: Vijay Prashad is the Edward Said Chair at the American University of Beirut. He is the author most recently of The Poorer Nations: A Possible History of the Global South (Verso, out now in paperback).

Violence is inherent in the system. It is also inherent structurally – the perpetuator of the violence is anonymous. Unlike earlier social epochs when it was easy to identify the culprit (the monarch, the feudal lord, the moneylender), it is much harder under capitalism. Mass uprisings in the capitalist epoch have, therefore, a different character from mass uprisings in earlier times. These are often expulsions of anger against an unfathomable system – the Venezuelan Caracazo in 1989 being the best example.

Anonymous social domination does not rest easy behind secret walls. It arms itself. That is why the Caracazo was crushed: unnumbered dead. The Caracazo was a message from the slums that it had had enough. That was its capacity. The riot could do no more than that.

The answer to the riot is not the State commissions, but the political movements. Riots are a message. They are not the answer.

Consider two ways that rioting has been discussed, over the years. On the one hand, there is the ‘public order’ discourse on rioting, popular among police, politicians and the news media, according to which rioting is a kind of anti-social, irrational mob violence. In this view, democracy must be defended against lawless and destructive rioters, who contribute nothing but threaten the order and security upon which democratic politics depend.

On the other hand, however, there is what one could call a ‘public empowerment’ discourse on rioting, according to which rioting crowds are generally populated by reason-guided, morally discerning defenders of community standards of decency and fairness against systems of power that are indifferent to the common good. Those behind this second conception – chiefly historians like Eric Hobsbawm, EP Thompson and George Rudé – regard rioters not as a threat to democracy, but as a force for deepening and defending it.

It isn’t just that the second view is generally the correct one, although I am convinced that it is. More fundamentally, both of these discourses start out from the insight that rioting will have few defenders in the face of repression and criminalization, unless a rebuttal is given to the charge that riots undermine democratic politics. When justice-motivated rioters are faced with vilification and harsh policing, our stance should be informed by Martin Luther King’s insight that ‘rioting is the language of the unheard’. In other words, we should stick up for the rioter for the same reason we defend the striker, the demonstrator and the dissident: because they help to secure what King called ‘a voice for the voiceless’. Rioting is part of the people’s repertoire of rebellious interventions in politics, without which the silenced and the ignored would never enjoy an opportunity, however fleeting, to place their grievances at the centre of public life.

I appreciate your insistence that riots are good for democracy. I do, however, think that in this insistence you are making a very parochial context universal. You say that rioting ‘has been discussed’ in two ways – as a question of public order (riots are bad) and as a question of public empowerment (riots are good). But these are not the only two ways. In many parts of the Global South, riots are also considered as the political means by which political patrons set in motion their clients to create mayhem as a way to divide fragile political societies – the examples from India and Egypt are legion. These are riots of authoritarian populism, where hierarchical political power masquerades as popular unrest to mitigate unified political unrest from below. When democratic movements begin to grow and threaten class power, the riot becomes a way to chill the confidence of the people and to reassert the security apparatus against progressive change.

Riots do not happen because you want them to happen. They are an outgrowth of capitalism. I do not celebrate them. Riots are a message. They are not the answer – Vijay

In the Global North, matters are different: where society has been fragmented and the capacity for united political action has become depleted, riots are perhaps the last resort. But even in the Global North it is the riot that is the most welcomed political assertion by the ruling class, because it is the easiest to quell and it is the best way to remove the legitimacy of genuine political grievances before the rest of the public. Wouldn’t it be better for political strategy in the North to acknowledge the work of riots, but to work hard to build other kinds of political pathways to build the power of the many against the few? Surely that is more useful than simply celebrating the riot – itself masculine in its character – as ‘part of the people’s repertoire of rebellious interventions’?

You make two main points, I think: that rioting in the Global South is often deployed in the service of anti-democratic populism, and that in the North it is often welcomed by the ruling class as an opportunity to discredit oppositional movements.

The first point is correct, as far as it goes. Rioting is not inherently good for democracy. Like other forms of protest, it can be used for good or ill. Nevertheless, insofar as it is taken up by the silenced and ignored to find a voice and gain a hearing, it is to be welcomed. I think this holds in the Global South as much as anywhere.

Your second point seems misleading. As I mentioned earlier, I don’t propose rioting as a substitute for building popular movements. Nevertheless, you can’t be right when you suggest that the ruling class in the Global North welcomes rioting from below (at least in preference to other forms of protest). If that were so, why would they use intimidation to deter rioting at ‘summits’ before it breaks out? No, the attempts to criminalize and demonize rioters, and to use the occasion of a riot as a pretext for aggressive policing and anti-protester propaganda, are best understood as ways for élites to make the best of a bad situation. The same thing happens during strikes or other forms of resistance. The powerful try to extract advantages from the resistance, by exploiting the strife and tension it produces. But they would greatly prefer compliant docility – or something approaching it – over rioting, even if the latter offers them, as consolation, images to exploit in a propaganda war.

The point is important because anxiety at the prospect of rioting, which to varying degrees always haunts the halls of power, needs to be maintained or rekindled: it is one of the safeguards against the worst excesses of anti-democratic governance.

Your cavalierness about riots bespeaks a perspective that has not seen what riots can do. As a young PhD student and reporter, I covered the 1992-93 riots in Delhi’s outer neighbourhoods, where men from oppressed castes found their politics glisten with the blood of their Muslim neighbours. This was a riot: provoked by ruling classes, foisted on the poor. You suggest that even these might be good for democracy. I am dumbfounded. Either you know nothing of the grammar of politics outside North America or you believe that these acts of orchestrated rage are good. If the former, I suggest slightly less universal language for your pronouncements. If the latter, I’m speechless.

Where politics are fragmented, such outbreaks are inevitable. Where society is not as fractured as it is in the West, riots are more often instruments of the ruling classes than anything else. Here other mechanisms exist for the voice of the suppressed – other ways to be heard.

'How did our community survive this?'
America after Piketty's charge