Power to the people?

Community micro-grids, government-controlled energy, or both? Three experts thrash out the options.

The challenge: providing clean power to everyone 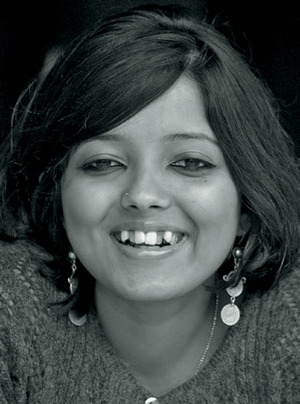 Pujarini Sen works for Greenpeace India, which helped to set up a community renewables project in Dharnai, India.

Pujarini Sen (PS): India has over 300 million people without access to any modern energy services. Since India’s independence, governments have failed repeatedly to provide energy access to the masses. The new Indian government has pledged to change this, and provide all Indians with reliable electricity before the next elections in 2019, with solar power playing a major role.

To meet this target, the government has two options. Firstly, it could try to extend the existing (inefficient and polluting) grid to non-electrified households. However, the unreliable financial return from electricity sales is making this centralized power supply model economically unviable. The other option is to develop distributed solutions like micro-grids.

Aldo Orellana López (AOL): In the early years of the new millennium, the Bolivian government began to recover control of the ‘strategic sectors’ of the economy, such as gas, oil and electricity. Now that the state has control over these sectors, it’s time to set in motion more ambitious renewable energy projects.

The government has set a long-term objective: to shift its electricity mix to 70-per-cent renewable sources by 2025. In 2014 the state inaugurated a wind-power plant in Cochabamba and a solar installation in Pando, near the Brazilian border. In spite of these efforts, Bolivia still finds itself lagging behind in the generation of renewable energy compared with its neighbours. 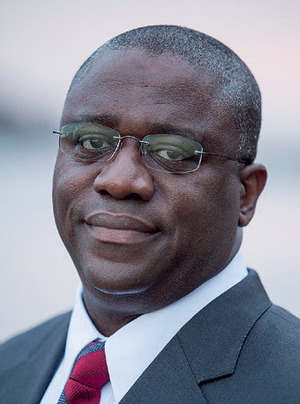 Lawrence Jones is Vice-President for Utility, Innovations & Infrastructure Resilience at Alstom Grid in North America; born in Liberia, he has a particular interest in the use of smarter grids to provide power to Africa.

Lawrence Jones (LJ): Positive economic news about Africa, the world’s largest continent, has resulted in media headlines such as ‘Africa Rising’ and ‘Africa’s Time Has Come’. However, other facts tell a more disappointing story. Currently 74 per cent of the population in Africa has no access to electricity. If this trend continues, over 800 million people could still lack access by 2030. For every African, access to affordable energy is a prerequisite to contribute to, and benefit from, a rising Africa.

PS: Greenpeace India recently unveiled India’s first 24-hour solar micro-grid in Dharnai, a small village in Bihar. Bihar is one of India’s poorest states and almost 95 per cent of the state’s rural population is still dependent on kerosene for lighting. Dharnai now provides electricity to over 2,000 villagers.

In India, there remain villages which are too remote for the grid to reach, while many supposedly accessible communities are not yet connected or suffer long hours of power cuts. By contrast, micro-grids allow villagers anywhere to generate and own their own power. They can supply round-the-clock electricity, and can be quickly replicated, giving people complete freedom from the central grid system.

AOL: Despite its clean energy pledges, the Bolivian government still invests heavily in the fossil fuel industry and controversial hydroelectric and nuclear power projects. However, the control of energy by the public sector has the potential to boost clean, green energy in the country, as, unlike private companies, the state does not have to seek profit but social wellbeing in its investments. In Bolivia the people see the state as its representative and approve of the public control of energy resources. Energy is seen as a common good and a right, so we are in a good place to drive a real transition towards a renewable energy future with strong public participation and control.

LJ: Africa has a vast and largely untapped endowment of renewables. Yet centralized power stations connected to a grid alone are neither adequate nor always economically feasible for providing energy to all Africans, especially in rural areas. Instead, more decentralized solutions are needed.

Smart grids that can efficiently share energy between producers and consumers are becoming a reality in industrialized countries. However, in sub-Saharan Africa, the idea of smarter grids is considered by many a utopia, given that in many places power grids do not exist.

So, should we consider smarter grids in sub-Saharan Africa? I answer YES, we should and we must. These countries have a unique opportunity to leverage ‘leapfrog’ technologies, including micro-grids, advanced sensors and metering to promote the efficient use of energy, and smart high-voltage equipment to share power between countries.

With smart government policies to catalyse private-sector investments, the energy needs of Africans could be met in an affordable, environmentally sustainable and just manner.

What role should governments play?

PS: The examples given by Lawrence and Aldo can both fit within the idea of community-owned energy. Like the Bolivian government, the Indian government is continuing to invest heavily in the fossil fuel industry, and is even introducing legislation to make it easier to bulldoze local opposition to make way for large scale projects. What is required is a tailor-made regulatory framework which supports the idea of bottom-up energy infrastructure. We need incentives that are clearly aligned between government, investors and energy service companies; and the creation of viable grid interactivity to reduce long-term risk.

A democratic energy future can only be envisioned when all the renewable energy models discussed here join hands. Large-scale utilities need to move towards renewables, as they are gradually doing. But residential roof-top systems and decentralized systems will also have a crucial part to play. 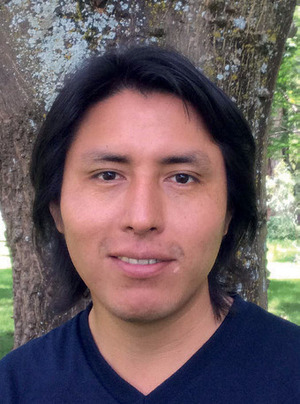 Aldo Orellana López is an independent journalist who works with the Democracy Center in Bolivia.

AOL: The Dharnai example is proof that it’s possible to achieve universal access to clean energy without the expansion of a central grid. However, the 300 million Indians who still lack electricity cannot rely on organizations like Greenpeace to roll this out everywhere, due to the high costs involved.

Faced with the improbability of attracting private investment to universalize access to energy for little profit, it is governments (whether in Bolivia, India or Africa) that must allocate public resources to guarantee energy access for their populations, including investment in micro-grids and smart networks. Once installed by the state, these systems can survive without state support and become self-sufficient.

It’s also important that the state fulfils its obligation to regulate the activities of big electricity companies. Local initiatives for renewable energy cannot compete with the big companies alone; they need a supportive legal framework and public resources to help them grow.

LJ: Decentralized renewables can help to democratize energy access in Africa. Their pace and success, however, will depend, to a great extent, on the decisions made by African governments. Stable energy policies are needed to spur distributed renewable energy solutions.

The continuing decline in the cost of solar and related technologies will make the deployment and operations of decentralized ‘smart grids’ more economical. The need for government support will depend on the resource mix of each country and region, and on the regulatory framework which will affect the business models of all actors in the sector, including utilities and energy entrepreneurs.

The world must continue to develop innovative holistic approaches to addressing the energy needs of the two billion people without access to clean and affordable energy. While the majority of urban consumers will continue to rely on centralized power for the foreseeable future, it is conceivable that the energy supplied in rural communities will be both decentralized and renewable.

Why the war on wind?
Too great a toll