Facts, figures, photos and a short history of Burma. 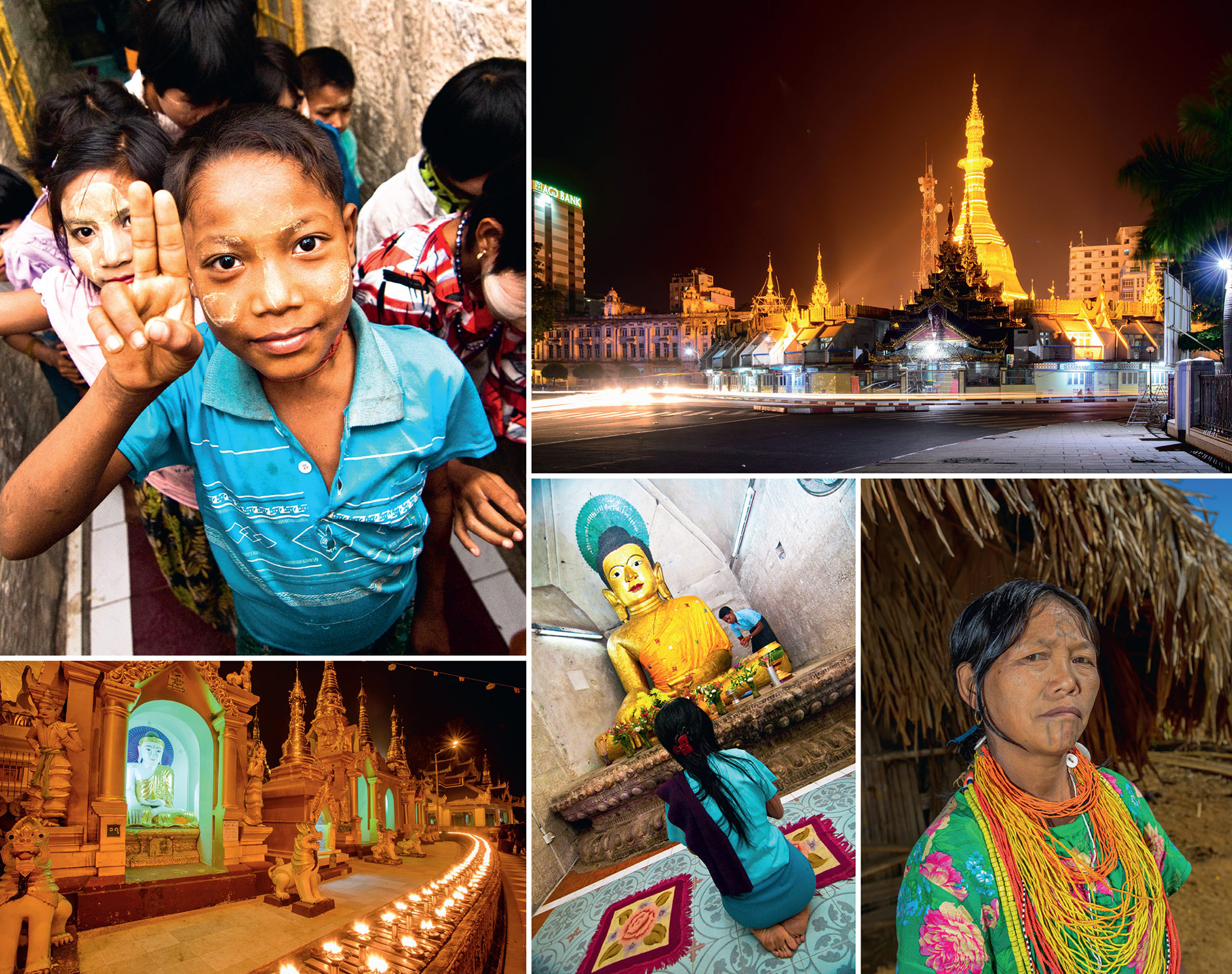 Clockwise from top left: Burmese schoolchildren enjoy a visit to a temple complex in Mrauk U, Rakhine State; night traffic races around the golden Sule Paya in downtown Ragoon, increasingly dwarfed by new buildings; a Naga woman stands in front of her home in San Ton Village, Nagaland; a woman prays at a temple in Mrauk U, Rakhine State (recently the site of violent ethnic clashes); dusk falls at Shwedagon Pagoda, one of the most important Buddhist sites in Burma.
Photos by CEJ Simons Photography.

The village of Laing Khin in Nagaland – one of the remotest areas of northwest Burma – has no electricity or running water.

Yet here, the grandchildren of the Naga headhunters wear T-shirts showing Korean popstar Sy and play football pretending to be David Beckham. Their teenage siblings perch on $500 Chinese motorbikes, wear hunting rifles on their backs and text each other on Huawei smartphones. Globalization has arrived in the farthest corners of the former pariah state.

In less than five years, Burma* has undergone widespread change.

Suu Kyi’s National League for Democracy (NLD) won the last election in 1990 by a landslide, but the result was ignored by the military.

In 2011, Thein Sein was sworn in as president of a new, nominally civilian, government. Since then, progress in human rights has included the release of thousands of political prisoners; a ceasefire with ethnic militia groups; and abolition of pre-publication media censorship.

In April 2012, Suu Kyi was elected to parliament in a by-election. In response, the EU and US suspended all non-military sanctions against Burma. President Obama became the first sitting US president to visit the country. Consequently, economic growth has skyrocketed, driven by surging foreign direct investment, big increases in aid, and rising commodity exports (primarily oil and gas).

In November 2014, Suu Kyi criticized the US for its excessive optimism about Burma’s reforms. The sudden influx of foreign capital has led to rising prices, with many Burmese priced out of living in Rangoon.

Although the Burmese media no longer operates under direct censorship, the authorities routinely harass journalists.

In October 2014, freelance journalist Aung Kyaw Naing, known for his reporting on ethnic conflicts, died while in the custody of the Tatmadaw (Burmese military). Ownership of the new commercial media by regime cronies – the only ones with capital to invest – acts as a restraint on political reporting. 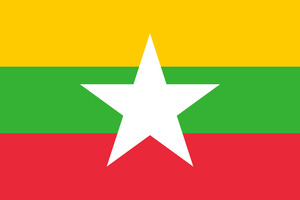 Thus, Burma still ranked 156 out of 175 countries on the 2014 Corruption Perceptions Index (CPI). Human Rights Watch, Amnesty International and other international observers record ongoing human rights abuses in Burma, including forced labour and the recruitment of thousands of child soldiers.

Political turmoil and ethnic conflict following the country’s independence in 1948 provided the military with its original pretext for seizing power.

Our research suggests that the military will again use ethnic strife to justify its hold on power before this year’s elections. The government has done little to stem the growing tide of Buddhist extremism – such as the activities of the notorious 969 Movement – that has increased violence against the Rohingya, the Muslim minority in western Rakhine State.

The government points to recent inter-ethnic riots – such as those in Meiktila, Mandalay and Bago – to argue that now is not the time to reject the stability of military rule.

After decades of totalitarian oppression, corruption, and the regime’s paranoid and incompetent handling of the emergency response to cyclone Nargis in 2008, few Burmese would agree.

*Burma was renamed Myanmar by the military government in 1989. However, democracy movements prefer the name Burma. Both names have the same linguistic root. 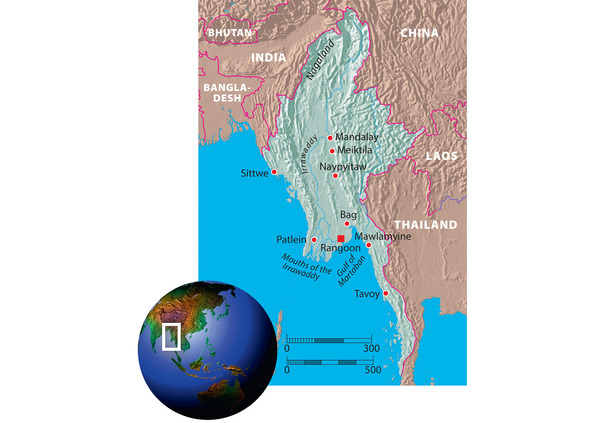 Income Distribution
Economic liberalization is exacerbating inequality. Foreign and domestic investment continues to concentrate in urban centres, while over two-thirds of the population live in rural communities.
2005
Life Expectancy
Life expectancy is 65 years, up from 57 when last profiled (Thailand 74, UK 81).
2005
Position Of Women
Some improvement but cultural barriers to women’s participation remain high. Sexual violence and trafficking are significant problems in conflict and border areas.
2005
Freedom
Human rights remain poor despite some noteworthy reforms. The army has targeted civilians during the ongoing conflict with the Kachin that has killed thousands.
2005
Literacy
According to UNICEF, 92.7% of adults are literate, but the accuracy of this is disputed. Primary education is mandatory but 12% of eligible children are out of school.
2005
Sexual Minorities
Same-sex sexual activity is punishable by prison terms from 10 years to life. Gay pride celebrations took place in several cities in 2012.
2005
Politics
In March 2011, a parliamentary government replaced the military junta that had ruled Burma since 1962. The junta-written 2008 constitution, however, preserves the military’s power. Constitutional provisions guarantee the military 25% of parliamentary seats. Constitutional amendments require approval from more than 75% of MPs, giving the military an effective veto over any changes. Article 59F bars anyone with close foreign relatives from becoming president. Aung San Suu Kyi, who has two British sons, is leading calls for a referendum to remove these provisions before the election later this year.