The EU-Turkey summit exposes our inhumanity to refugees 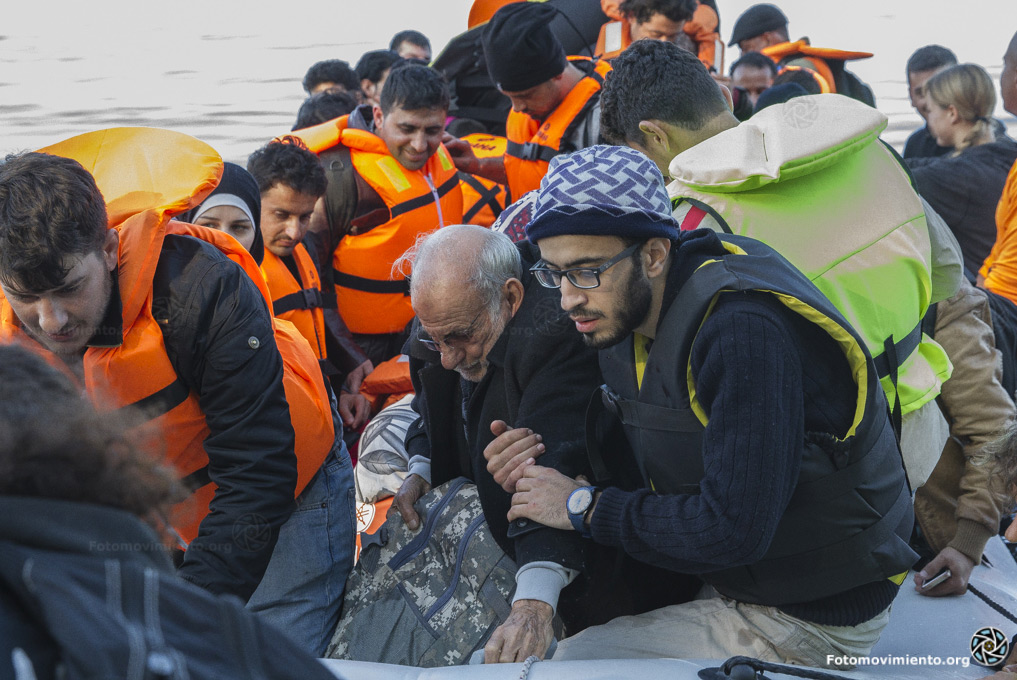 The European Council met yesterday to discuss giving billions of euros to the brutal Turkish government to keep the thousands of refugees trying to get to Western Europe inside Turkey. At the same time they propose authorizing NATO to patrol the Mediterranean. Europe is now a grand version of the gated community, patrolled by private security guards, surrounded by a sea of misery.

But even if these measures were a good idea, they can’t work, because European states have effectively taken control of migration policy from the European Union (EU). Walls are being erected, borders secured and the most vulnerable people on earth are being shot with teargas.

More fundamentally, these measures are deeply unjust. What we call a ‘migrant crisis’, is actually a crisis of global injustice caused by war, poverty and inequality. A ‘migrant crisis’ assumes the crisis is caused by migrants. It misses out what those people are fleeing. That might be war in Syria; but the number one cause of global migration is escaping grinding poverty and hopelessness in any number of places.

To demonise those making a rational choice on the part of themselves, their family and their community, obscures the truth. There comes a limit to how much a small elite can drain the rest of the world for their own profit. Migration simply brings those of us in Europe face to face with the reality of the world our leaders have constructed.

Our whole economy is based upon the cheap labour of those from outside Europe – whether they’re here as migrant workers in Britain’s National Health Service (NHS) or whether they’re toiling away in sweatshops in Bangladesh, in plantations in Kenya or in service centres in India.

Our transnationals – the real ‘economic migrants’ – plunder the world of its resources. Our military infrastructure tears the world apart, creating decades of conflict. Our financial centres and tax havens channel that wealth to elites in the West. Our trade agreements lock in these arrangements, with fear of legal sanctions.

Today, even migration itself provides an opportunity to profit. This week will see two protests. The first targets Yarl’s Wood detention centre, one of seven ‘immigration removal centres’ run by private companies for profit.

The UK is the world leader in privatizing detention, and detainees can now spend months or even years behind bars, having committed no crime, while someone makes a profit. Serco runs Yarl’s Wood on a $14.2 million per year contract, but G4S, Mitie and Geo Group are also in on the act, while City investors are raking in profits from private detention worldwide.

The second protest is aimed at the government-organized Security and Policing Exhibition which promises a ‘discreet environment’ for hundreds of companies, from Serco to BAE Systems, who want to ‘display products which would be too sensitive to show in a more open environment’.

Surveillance, border fences, patrols, and ‘crowd control’ all benefit these parasites on crises and suffering.

When we understand the extent to which our whole economic model is dependent on the rest of the world, we have a choice. First we can accept the injustice and pretend Europe is not disintegrating and our democracy is not being eroded. Second, we can cut ourselves off from the rest of the world, pull up the drawbridge and try to survive on our own.

Or, most reasonably, we can work to build a more hopeful an optimistic Europe, which welcomes migrants whether they are escaping poverty or fleeing war. We recognise that this is not simply our duty, but our first step in building a world based on different values than those of profit and greed.

Europe is not ‘full’. Lebanon, a country half the size of Wales, has taken in 2 million Syrian refugees. It is perfectly possible for Europe to take far more migrants than we currently see. In fact, our ageing population may depend upon it. Public services like the NHS would collapse without immigration. And even where migrant labour is undermining wage levels, the answer is to boost and properly enforce laws like the minimum wage, and encourage unionization.

It is impossible to stop immigration, but it is also undesirable and immoral. In a world where people who hold the right passports can pretty much travel and live wherever they want, it’s time to accept the racism inherent in the hypocrisy about immigration. A world in which people’s destiny is determined by where they are born is not a progressive vision.

We can no longer accept that free movement is only for people with privileged passports, but that it is both a universal right and the impetus we need to fight poverty and reduce inequality.

Dalits and Adivasis protest their unequal share in 2016 budget
Worse than fiction: discrimination against women