Forest communities are under siege in Cambodia, says Fran Lambrick. 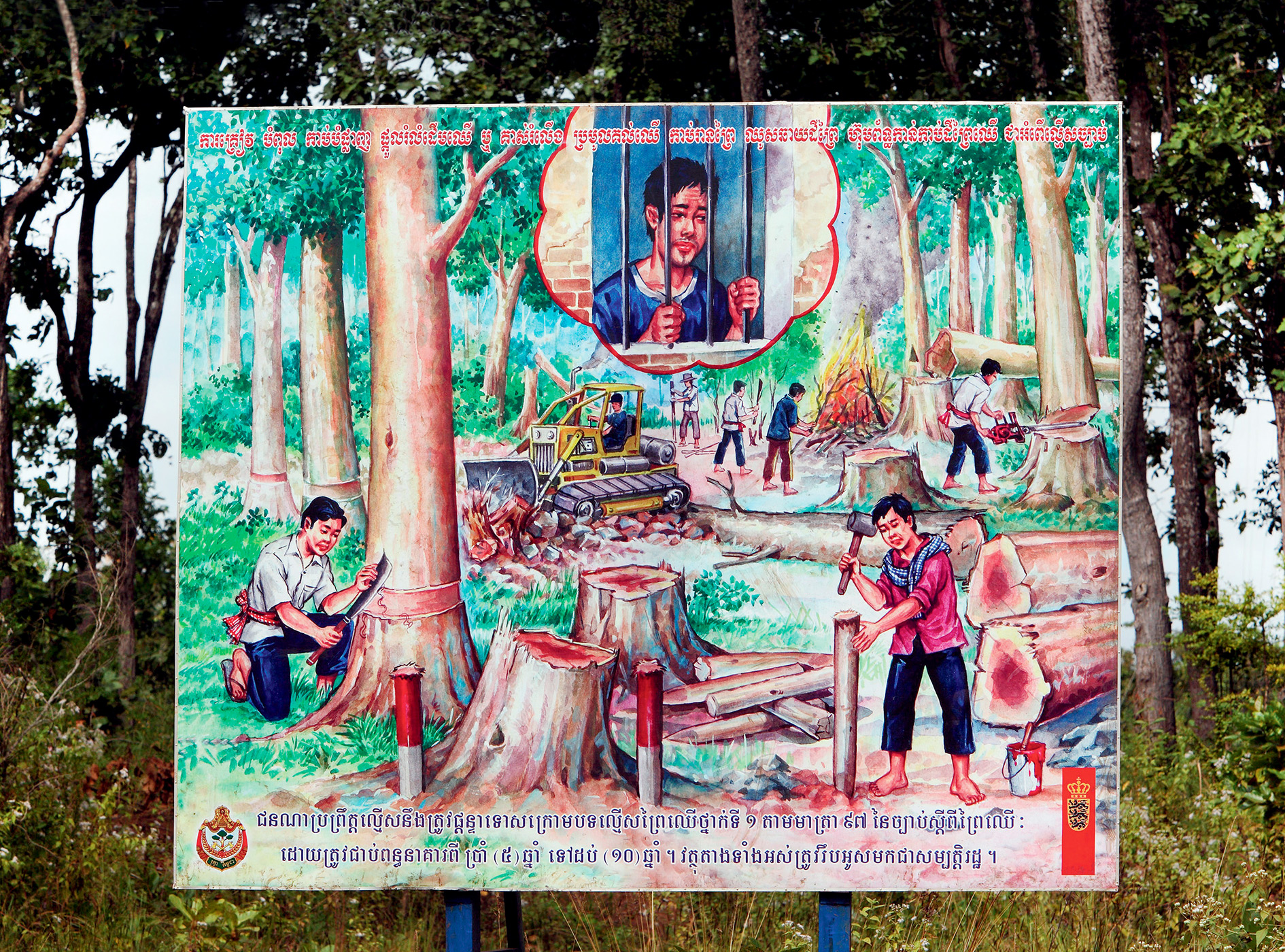 Don’t even think about it: a sign in Mondulkiri province in eastern Cambodia warns against illegal logging.
Photo: Bjorn Svensson/Alamy

In Cambodia, villages are flanked by a patchwork of green: rice paddy, cassava fields, cashew trees and sugar palms and then the forest edge. The landscape is vividly alive, from the hooting of gibbons to the flash of motorbikes on narrow ribbons of white road. Villagers sell crops grown in traditionally shifting fields, and from the deep forest they collect resins, vines and rattans. Resin trees are passed from one generation to the next and are protected under Cambodian law.

‘How do you know which trees are yours?’ I ask, walking in the sticky shade of the forest that stretches for miles, sapping any sense of direction. ‘How do I know which cows are mine?’ comes the cryptic reply.

But this age-old landscape is rapidly disappearing due to rampant deforestation. Over the past 20 years illegal logging has lined the pockets of the elite and clogged Phnom Penh’s streets with a noxious fleet of 4x4s, while doing little to improve living conditions for the average Cambodian.

In the 1990s, huge areas of state forest were licensed to private firms. The logging companies were accused of cutting protected resin trees and flouting management plans. Eventually, in response to widespread criticism and local protests, the government suspended the timber concessions. They were soon replaced with Economic Land Concessions (ELCs) ‘to bring economic benefits’ to the nation. In reality, ELCs were a new route to mine the country’s ‘green gold’. ELCs are not supposed to encroach on state forests. But they do: 70 per cent of the concessions in 2012 overlapped with protected zones – areas that contain large stands of valuable timber.

Marcus Hardtke, from the German environ­mental organization ARA, has worked in the country for the past 20 years. He describes the ELCs as ‘a cancer on the side of the forest’.

In Prey Lang, in northern Cambodia, local people began to fight deforestation in the mid-1990s. Resin-tree owners in the lowland forest defied armed guards to protect their trees from loggers. One resident’s house was sprayed with bullets; two people were killed in the conflict.

Parallel to the growth of the network, community forestry expanded across the country. But local forest defenders face entrenched resistance. They must negotiate a lengthy eight-step process to receive ‘community forest’ status. Even then, the tenure period is only for 15 years – compared to 99 years for an ELC licence. 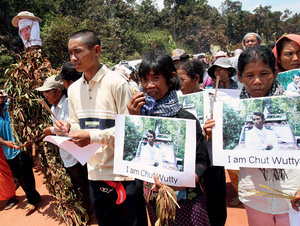 Despite the barriers, community forestry has been shown to be more effective than state management. Patrols reduce both illegal logging and small-scale forest clearing. And in many areas community forests act as buffers, reducing encroachment into primary forest.

However, in the last three years Prey Lang’s forests have seen a new wave of illegal logging. Several have been completely decimated. Across the country, community forests and protected areas are plundered by illegal land concessions and armed loggers. The deliberate exploitation of Cambodia’s timber wealth is often defended by the military in collusion with corrupt government officials. Chainsaws captured and turned over to the Forest Administration often appear weeks later back in the hands of their owners. In Prey Lang, signs marking the boundary of one community forest now overlook a landscape of burning stumps.

The challenges are formidable: increasing corruption that links loggers, companies and officials; new machinery that cuts trees at an astounding rate; political opposition from powerful members of the timber cartels; violence and intimidation; and weak international allies.

In 2012, Chut Wutty was killed investigating an illegal logging site in the Cardamom Mountains of southwest Cambodia. The Prey Lang Network faltered. Patrols stopped for months at a time. Then in 2014 a new threat emerged – an enormous saw mill owned by the Prime Minister’s brother, Hun Neng. Without political back-up, the communities were left vulnerable. Since Chut Wutty’s death, Marcus Hardtke has seen the network fall under the influence of NGOs that fail to provide all-important advocacy and political back-up.

But new activists are emerging. Ouch Leng worked with the Prey Lang Network after Wutty’s death. Then in 2014 he went solo, exposing the illegal logging and the abuse of timber export and ELC licensing by Try Pheap, a tycoon with strong ties to the ruling party. Leng posed as a cook working with the Vietnamese loggers employed by Try Pheap in the protected areas of Rattanakiri in the northeast. Back in the capital, he leaked the names of 500 members of the armed forces involved in the illegal timber trade. 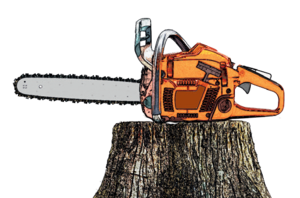 From 2001 to 2013 Cambodia lost 1.5 million hectares of tree cover due to logging and clearing land for plantations.

By the end of 2013, 14% of the country – 2.6 million hectares – had been earmarked for commercial agriculture.

‘The forest is decreasing day by day,’ says Leng. ‘The government and high-ranking officers are destroying it completely.’

This destruction is compounded by misguided foreign aid schemes. USAID’s $20-million ‘Supporting Forests and Biodiversity’ project, managed by Winrock International, has not tackled deforestation. On their watch rubber plantations have obliterated 30,000 hectares of ‘protected’ forest in eastern Cambodia.

But Chut Wutty’s original community network is resilient. Last year they began regular patrols again. And at the recent climate talks in Paris they received the 2015 UN Equator Prize in recognition of their work. Ouch Leng jostles with the network, cajoling them to use their prize money to protect the forest before it is too late.

He is also introducing new tactics to strike fear into the hearts of illegal loggers. He will invite local monks to invoke Chut Wutty’s ghost – posting white funeral flags in the forest, stringing stencils of Wutty’s face between trees, and pinning the skull-and-cross-bones to the trunks.

A ghost forest to scare away the enemies of his murdered comrade.

Fran Lambrick is a writer and researcher. She recently completed a PhD on community forestry in Cambodia and the film, I am Chut Wutty, which follows the activist’s battle against deforestation.