Steve Parry explains why politicians and the internet don't get on. 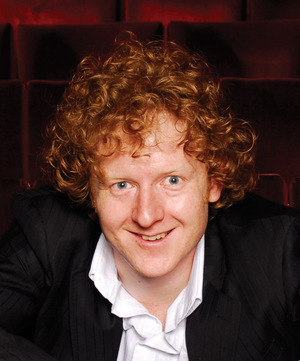 We are constantly told, probably by someone making money out of it, that the 2016 US presidential race will be won or lost on the internet. This is in many ways true – and is hardly the most original point ever made. Unless that is, you’re presidential contender Hillary Clinton, a woman who appears to have a weaker grasp of 21st-century technology than, I dunno, Benjamin Franklin.

During the New Hampshire leg of the campaign, Hillary got chatting with a voter who wanted a selfie. He explained that she had posed for one with his friend earlier in the week and it had ‘gone viral’, to which Hillary replied: ‘He went viral? Sounds like some kind of disease.’ Now, despite being no fan of Clinton, I’d be willing to file this one under ‘Crap Jokes’ rather than ‘Moronic Technophobia’ were it not for the fact that Hillary has form when it comes to IT idiocy.

Last year it also emerged that she has no idea how to use a fax machine and that she hasn’t the faintest how to send an email from a computer. Ironically this information was found on a private server in her house from which she had managed to delete over 31,000 ‘personal’ emails without any help from the FBI, which had requested to see them. I’m amazed she even knew how to turn it off and on again.

She also tried to stem the tide of youth votes to hopelessly in-touch septuagenarian Bernie Sanders by posting a major advert on the log-in page for AOL.com, a service used almost exclusively by silver surfers who still use dial-up modems to access the ‘worldwide web’. I dread to think how much energy her team has spent wooing voters on the MySpace bulletin boards.

Hillary might possess all the technical know-how of someone who keeps their Nokia mobile phone in the kitchen drawer, but the same can’t be said for Republican candidate Ted Cruz. Cruz has embraced the internet as a way of impressing prospective supporters from the get-go, even making a YouTube video demonstrating that quaint ole Texas tradition of cooking bacon… using a machine gun. The message being: a man who makes his breakfast using lethal military hardware is surely a man of principle and integrity.

In general, politicians and the Net don’t get on, largely because – thanks to the internet – we now have more information about what they are really like than ever before. Although, as the case of US politician Anthony Weiner, who was shamed after posting his… weiner online, proves: you can end up with too much information if you’re not careful.

Steve Parry is a comedy writer, performer and political activist. He is Welsh and lives in north London. You can contact him on Twitter: @stevejparry

Reasons to be cheerful
Claiming our victories