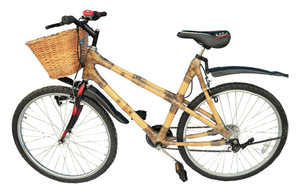 Bernice Dapaah is a Ghanaian entrepreneur who turns organic bamboo into light, sturdy and sustainable bike frames in her hometown of Kumasi. Dapaah and her team of manufacturers and mechanics – mostly local women – work with farmers to plant 10 bamboo trees for every one bike sold and donate many bikes to local children for school transport. This successful business is expanding, with two new factories now opening in the Brong Ahafo region.

The US nonprofit Girls Who Code works to reverse the gender gap – it’s more of a gulf, actually – in the tech industry. And it’s getting there: when it started providing summer courses to disadvantaged high-school girls in 2012, it trained 20 children; since then, some 10,000 girls have taken the courses and the aim is to reach a million by the end of the decade. This year, Girls Who Code will spend $1million on scholarships across 11 US states. 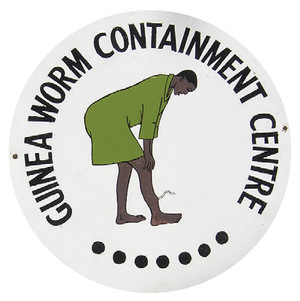 In the mid-1980s, guinea worm disease affected 3.5 million people across 20 African countries. Now, thanks to a campaign led for 30 years by US former president Jimmy Carter and the eponymous NGO he set up in 1982, it looks set to become only the second human pathogen after smallpox to be entirely eradicated. Success has stemmed from meticulously tracking known cases of infection; training local volunteers to administer aid and advice; and providing simple cloth filters and larvicide to prevent people from ingesting the Dracunculus medinensis larvae from contaminated water.