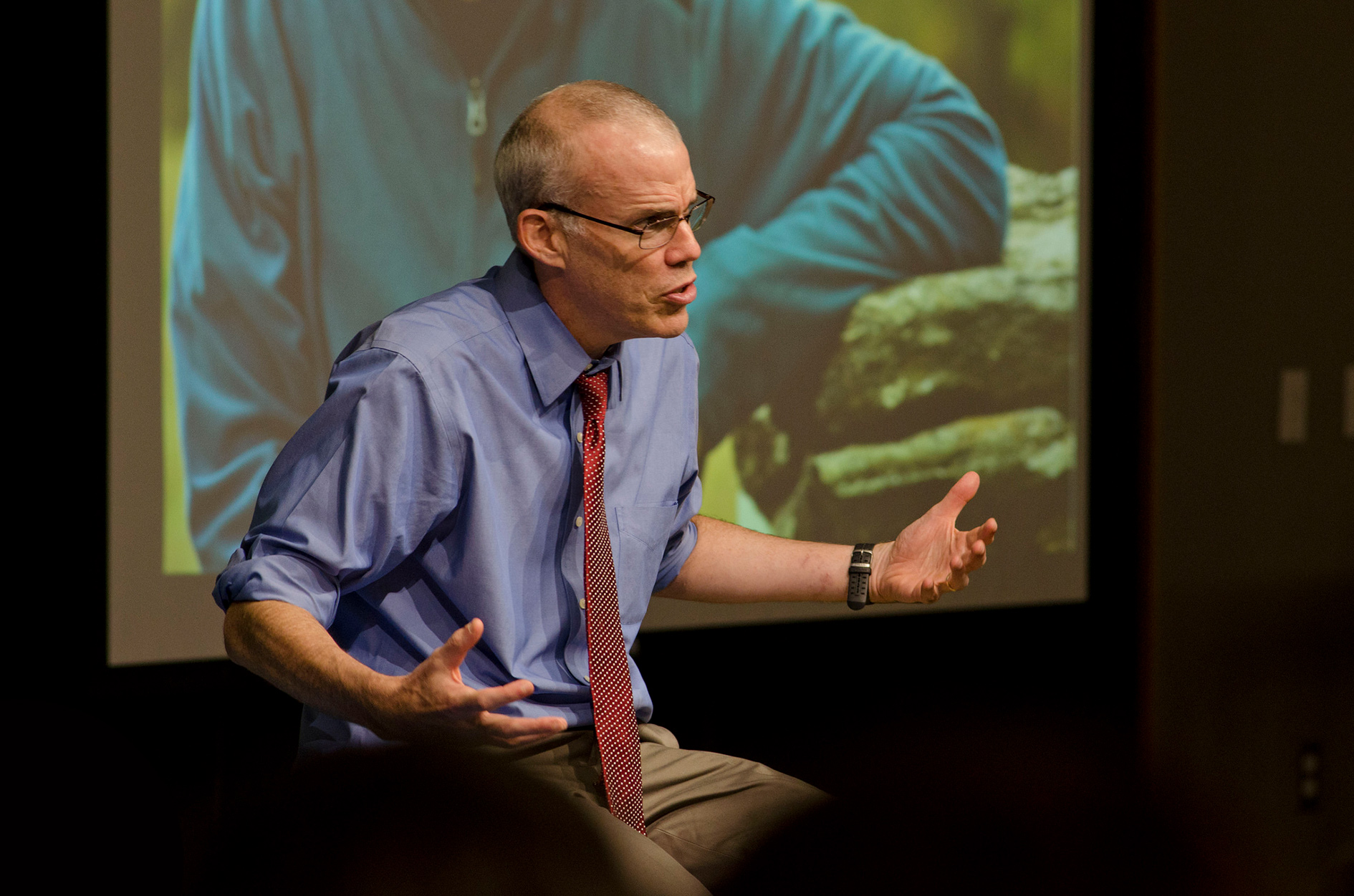 Speaking at the festival near Kettering, England, McKibben admitted that despite the recent advances there was no guarantee that the climate fight would be won.

‘We need to go outside our comfort zones,’ he said. ‘Individual actions are no longer the most important thing to do. Solar panels and energy saving light bulbs are great, but I try not to fool myself that these are the solutions on their own. We need to tackle the structural causes, we need to organize.’

McKibben, also a Methodist Sunday school teacher, was one of the biggest draws of the festival, having spearheaded the victorious fight to stop the Keystone XL pipeline and the global fossil fuel divestment movement. He has also been a thorn in the side of institutions like the Church of England over their financial investments in the fossil fuel industry.

Unlike other social justice issues like gender equality and the civil rights movement where everyone knew the battle would be hard but eventually victorious, on climate change, he warned the deadline has been set by physics. Quoting Martin Luther King, who said the arc of the moral universe is long but it bends towards justice, he said: ‘The arc of the physical world is short and bends towards heat.’

He said that time was so short that individual lifestyle choices were no longer enough.

Citing the unlikely success of the Keystone XL campaign, which saw the proposed construction of an oil pipeline from the Canadian tar sands to America’s Gulf Coast blocked by President Obama, he said it showed what could be done when people organized and took on even the likes of giants such as the US oil industry.

Along with the rapidly falling costs of renewable technology, the climate movement was the thing that gave him hope of victory: ‘All we have to do is hold down the fossil fuel companies for a few more years so the surging tide of renewable energy can come in and cut the legs off the industry,’ he said.

‘There are people all over the world working out the battle plan, often in places that didn’t cause this problem in the first place. I look forward to fighting the battle shoulder to shoulder with you.’

An eclectic mix of headliners, the festival was an assortment of arts, ideas and social justice. Rubbing shoulders with the Most Rev Justin Welby were comics Josie Long and James Acaster, New Orleans’s Hot 8 Brass Band, humanitarian and former hostage Terry Waite and environmental activists Satish Kumar and Bill McKibben.

There was even the genre-bending musical satire of sibling duo Bourgeois & Maurice with their show How To Save The World Without Really Trying.

McKibben also paid tribute to UK researchers at the Carbon Tracker Initiative for being the first to identify the full extent of fossil fuel reserves and highlight that companies had enough on their books that if they were burnt the planet would be cooked.

Joe Ware is a journalist and writer at Christian Aid. Follow him on @wareisjoe. Tickets for next year’s Greenbelt festival can be bought at greenbelt.org.uk.