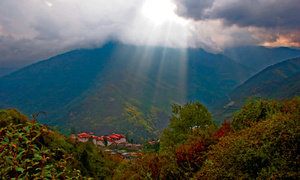 The small Himalayan state of Bhutan has become the first carbon-negative country in the world, largely thanks to its 72-per-cent forest coverage.

The country’s 750,000 people produce 1.5 million tonnes of carbon every year, but more than 6 million tonnes are absorbed. There is a constitutional guarantee that forested areas will not fall below 60 per cent. The eco-pioneers also aim to grow 100-per-cent organic food by 2020, and to produce zero waste by 2030.

Pakistan’s national census has counted transgender people for the first time. A petition to the Lahore High Court argued that Pakistan needs to provide better protection for the transgender community. It is hoped that the sixth national census, which took place in March, will lead to a better allocation of government resources. Pakistan’s Supreme Court has ruled that transgender citizens have equal rights, but they often face violence and remain marginalized, lacking access to education and employment. 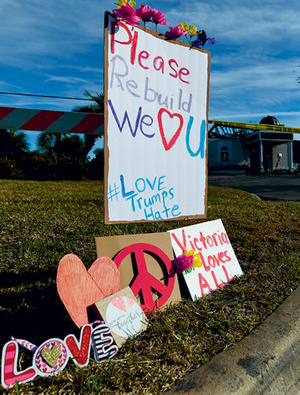 Just hours after Donald Trump’s ‘Muslim ban’ was announced, worshippers at the Islamic Center of Victoria in Texas found their mosque burned down. When they heard the news, members of the local Jewish community handed over their keys so that the worshippers at the Islamic Centre could use their synagogue. Representatives of different faiths have taken part in a United Community Ceremony in Victoria and rebuilding of the mosque has already started, thanks to a crowdfunding campaign which has raised over $1.1 million.

March for Aleppo
When sanctuary is resistance