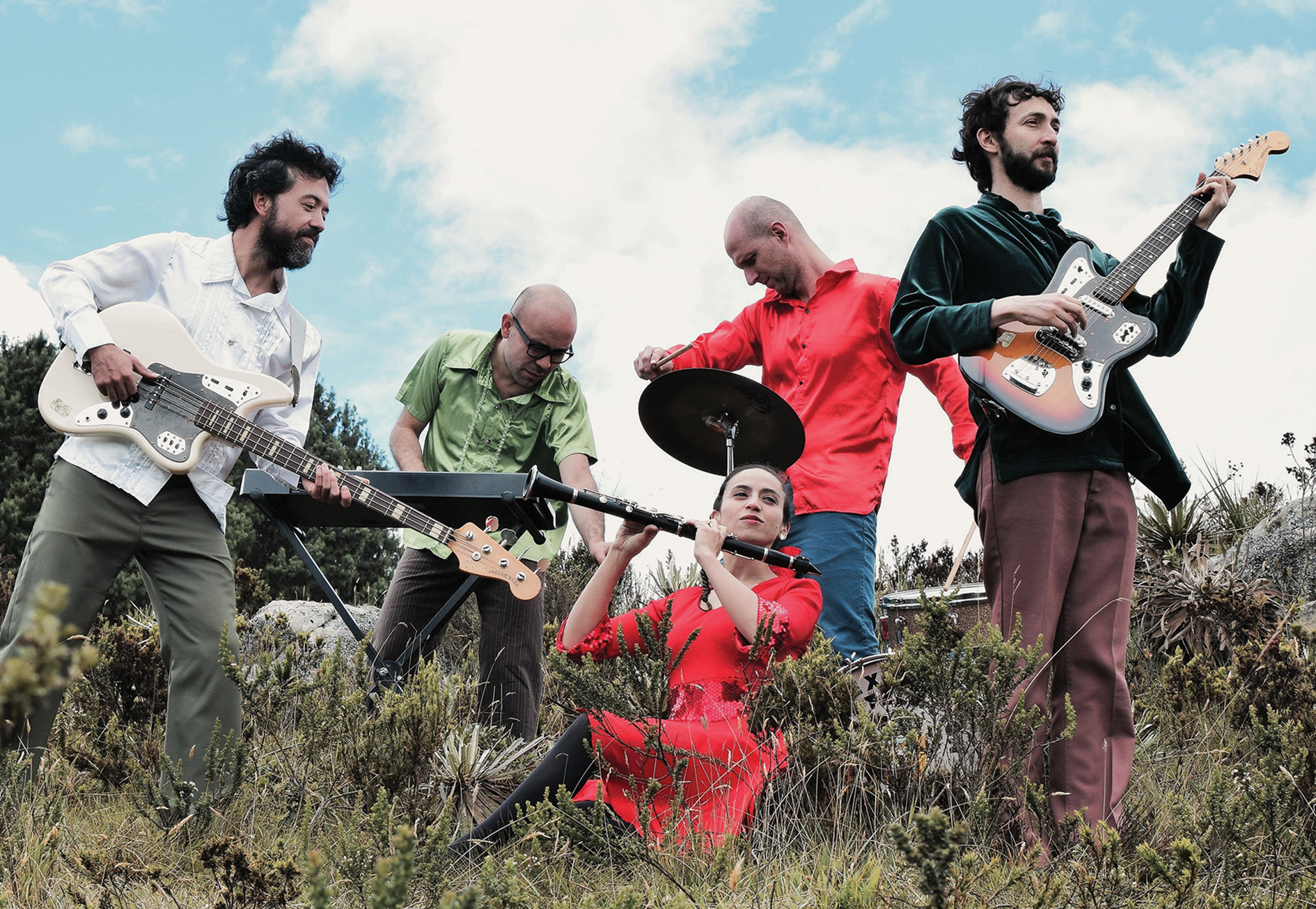 This beguilingly strange album of offbeat pop comes out of Bogotá and, more particularly, the Colombian capital’s superbly independent music scene. Historically, Bogotá’s musicians have a reputation for wild inventiveness, ever since one group got hold of a synthesizer in the early 1970s and, lacking any instructions, invented its own version of switched-on psychedelia.

Cellist Eblis Alvarez and his band, which was formed in 1998, are the spiritual children of these pioneers and they wear their oddness proudly. ¿Donde estás María? (Where are you, Maria?) kicks off with its eponymous song: what might be a child’s electronic keyboard, rudimentary percussion and a highly modulating vocal that exists in its own register – and this is just the start.

This album has its own refreshing slant on cumbia (the delicious ‘Cumbia, Eres la Cumbia’), Quechua folk, reggaeton, tropicalismo and even the electro-salsa of Cali. This musical syncretism is mirrored in the altar piece which, drawing from many traditions, adorns the album’s cover. Alvarez’s refusal to restate musical boundaries around the songs has the effect of evoking a creative space that is loaded with new possibilities. Poetic lyrics, full of nuance and stories, reflect this new terrain – one that is gloriously unbounded. 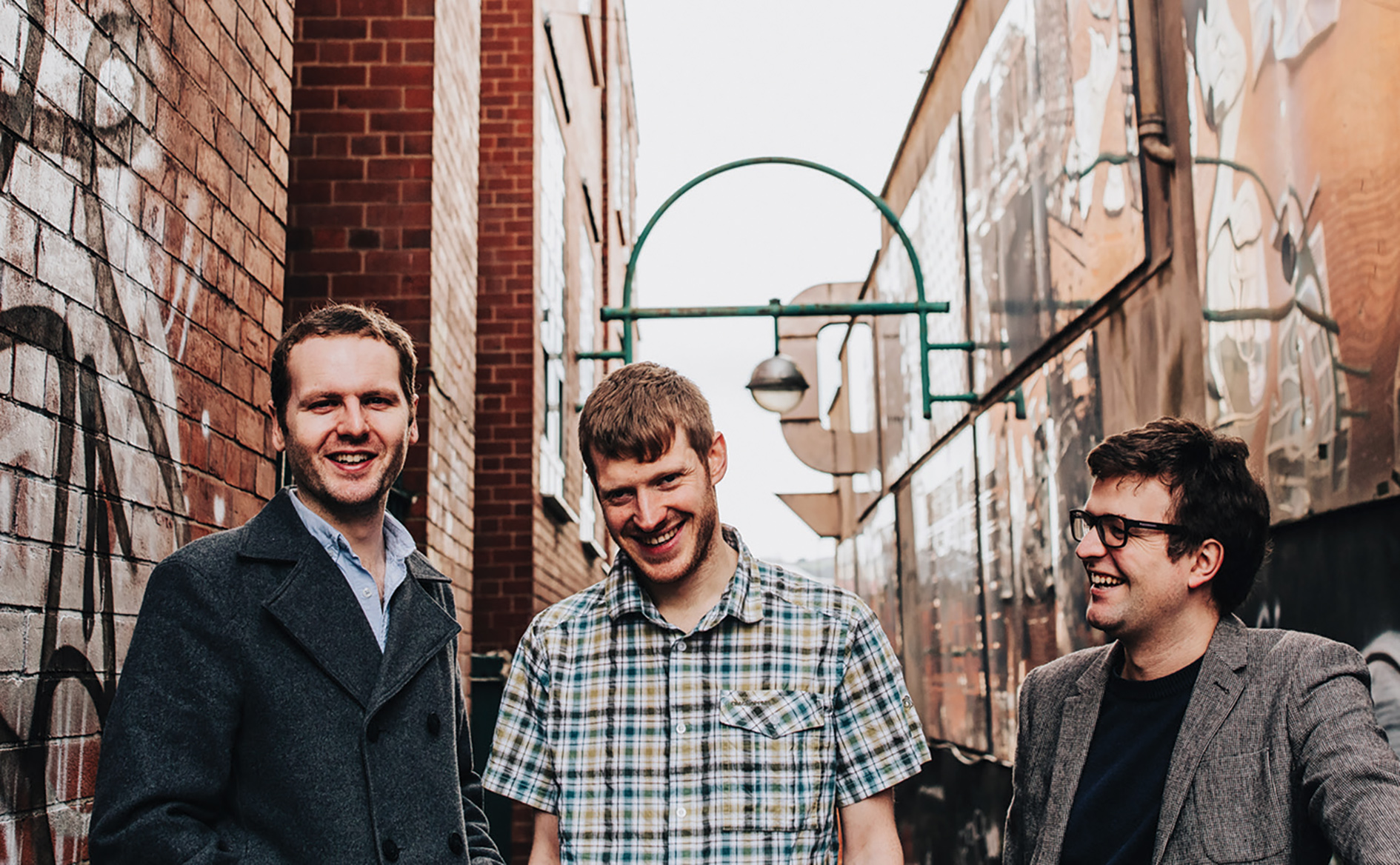 Contemporary vigour and stirring tales from The Young'uns.

by The Young’uns
(Hereteu Records, YNG 17 CD and digital)

‘Common wealth and common ground’– these words end ‘A Place Called England’, the Maggie Holland-penned song that opens this resonating album. Although her song was written nearly 20 years ago, Holland’s words hover over the uncertain landscape that constitutes today’s barely United Kingdom. Yet they are also a timely reminder that, whatever happens next to this benighted land, the community is its people. This is the archaic root of all folk music, of course, and it’s into this radical (pun intended) soil that the Young’uns are planted.

A male-voice, (mostly) acapella trio from England’s northwest, the Young’uns specialize in a contemporary folk music that tells stories. And such stories: like the Battle of Cable Street, told through the setting of words of a participant who fought the fascists on that London street in 1936. There are newer ones too: like the five-mile swim to freedom, from Turkey to Greece, made by Syrian refugee Hesham Modamani.

Equally moving are songs dedicated to Sybil Phoenix, the British Guiana-born woman (she gets a calypso lilt of a guitar) who devoted her life to fostering children, and Ghafoor Hussain, the Teesside man who in 2015 started a travelling kitchen to feed the refugees of Europe.

Strangers is the fourth studio album from Sean Cooney, Michael Hughes and David Eagle: it’s proof that British folk is in vigorous and moral health.