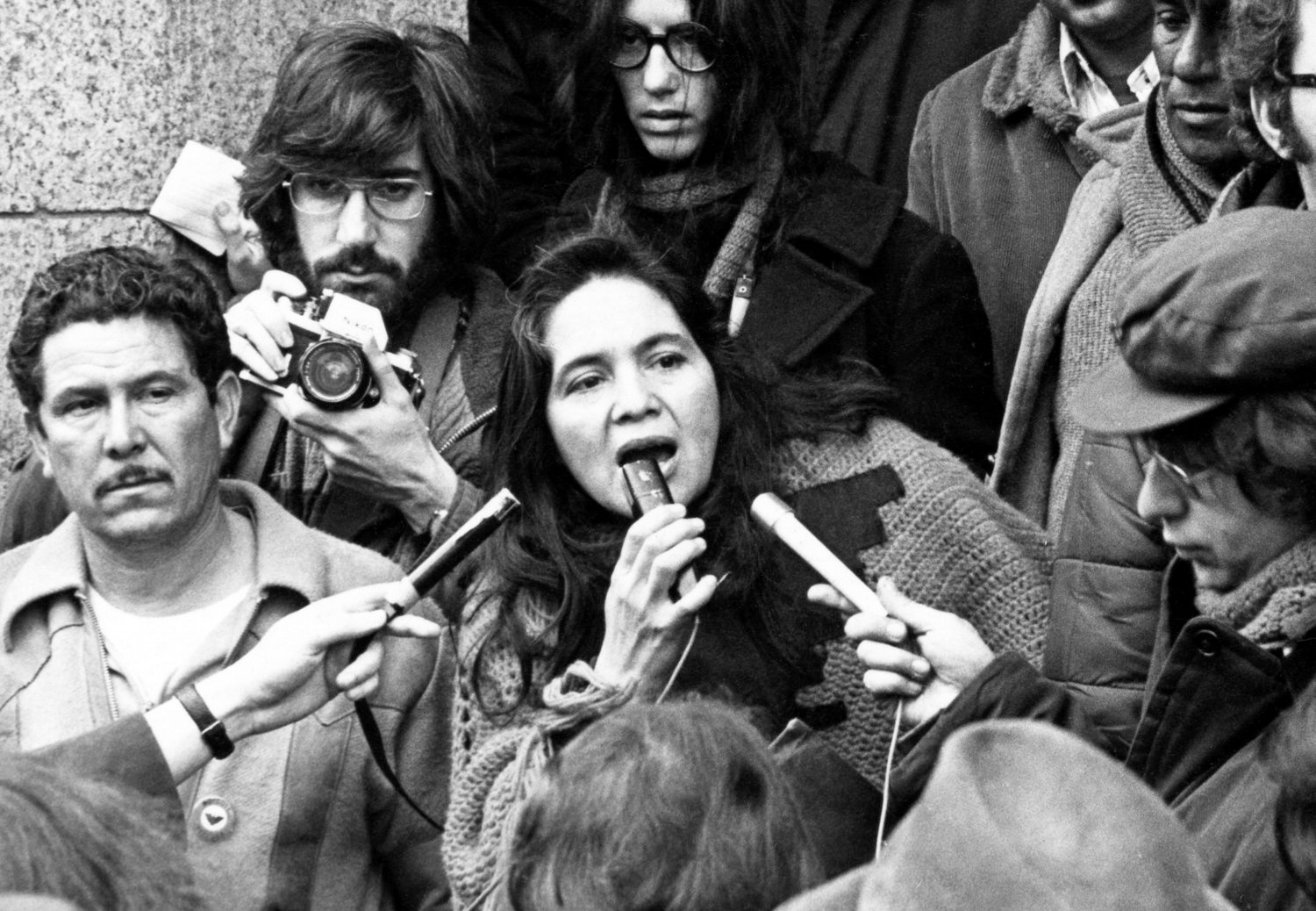 Ardent, direct, down-to-earth, Dolores Huerta was a pioneer organizer of Latino agricultural workers in California in the 1960s. She coined the motto Si se puede – ‘Yes we can’ – that 40 years later expressed massive hope for change in the US. From small beginnings as a community activist, encouraged by the civil rights movement, opposition to the Vietnam War, and the stirrings of the feminist movement, she had a vision and a path.

Neighbourhood improvements and voter registration mattered, but the biggest change in the lot of Latinos – ‘the worst-paid workers on the planet’ – would come through large-scale organization to enforce collective bargaining on agribusiness. With fellow activist Cesar Chavez, in 1962 she set up the National Farmworkers Association (NFA) with the aim of a California-wide strike within five years. They didn’t have to wait that long. In 1965 Filipino grape workers in Delano, California, members of another independent union, struck for better wages and the NFA joined them.

Within a year the two unions had become the United Farm Workers. It took five years of marches, boycotts, non-violent resistance to police attacks and killings, for the strikers to win. The doc’s footage of the strike is graphic, as is the assassination of Robert Kennedy in June 1968 after Huerta had spoken alongside him at his California primary victory speech. This is a stirring and inspiring portrait of a woman – now a sprightly and winning 87-year-old – who didn’t accept what was expected of her. 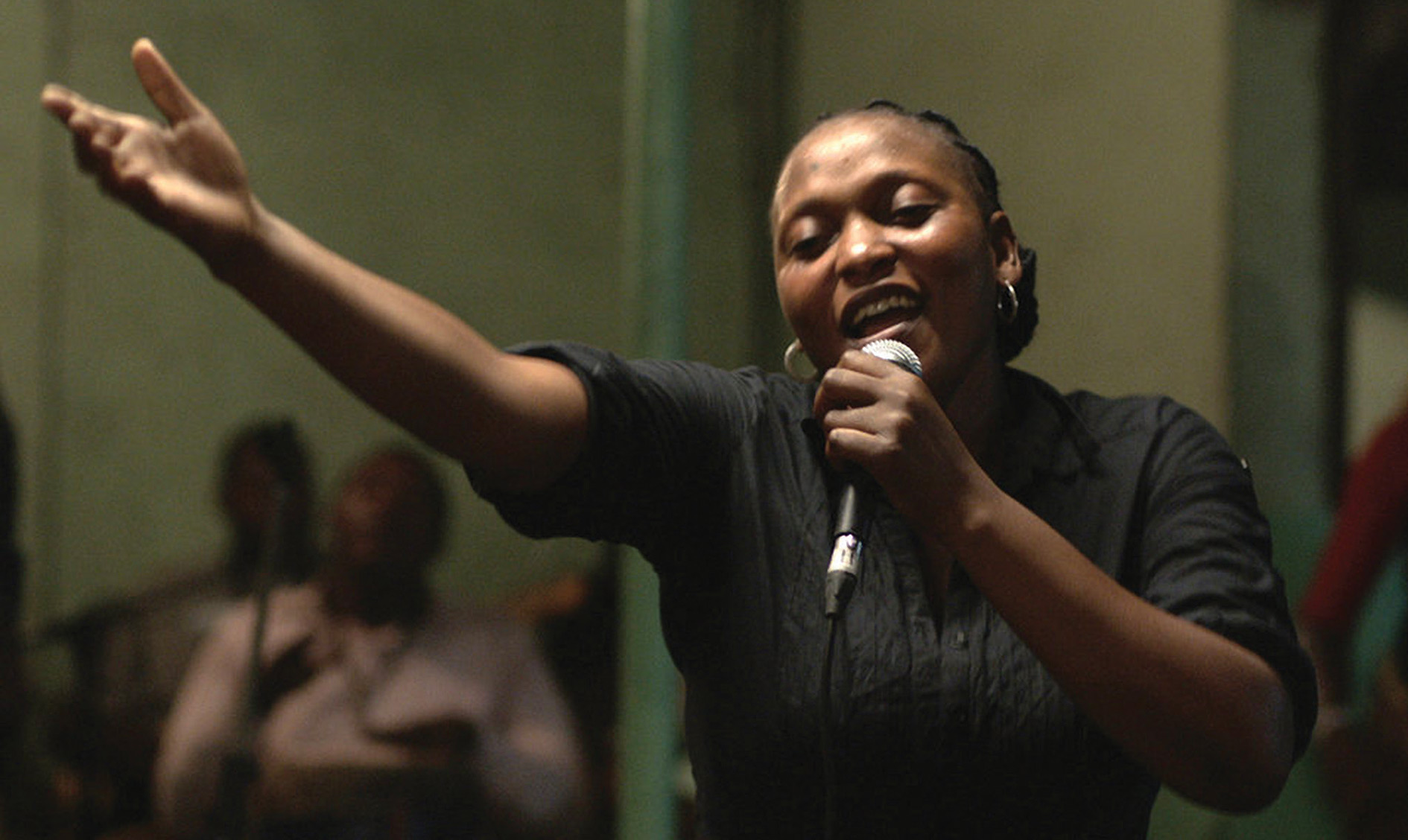 Félicité’s eponymous hero in action in a tough Kinshasa bar.

She sings in a rough Kinshasa bar. The punters can’t help but hear Félicité’s powerful driving voice, but between songs she casts a jaundiced eye as they fight, gamble and look about for casual sexual partners. She’s a single mother, with her own tatty flat and a young teenage son. She’s tired, fed up – and her battered fridge keeps breaking down. Such is life.

Then her son is hit by a motorbike and hospitalized. He has a compound fracture of the tibia. An operation and post-operative care will cost a million Congolese francs – a convenient figure, plucked from the air, that probably no-one ever pays. They will operate on receipt of a deposit.

In a Kinshasa that is as scruffy, rough, vocal and tough as the bar in which she sings, Félicité tries to raise the cash by calling in money she is owed. She always stands her ground. When she doesn’t raise enough, she visits the smart part of the city, gate-crashes a mansion and fights when the ‘papa’ tries to have her thrown out. He pays her off, telling her that if she returns she will be killed.

Félicité is a gritty portrait of a life and prospects, and goes to unexpected places. It delves into dreamlife, the communality of music-making – in a bar with a band, in the Kinshasa Symphonic Orchestra – and, ultimately, fellowship. It sprawls, but within it there’s heart and humanity.