You will agree: escalating repression

Mandeep Tiwana sorts through the many cloaks of authoritarianism donned by the political class as repression becomes the rule rather than the exception. 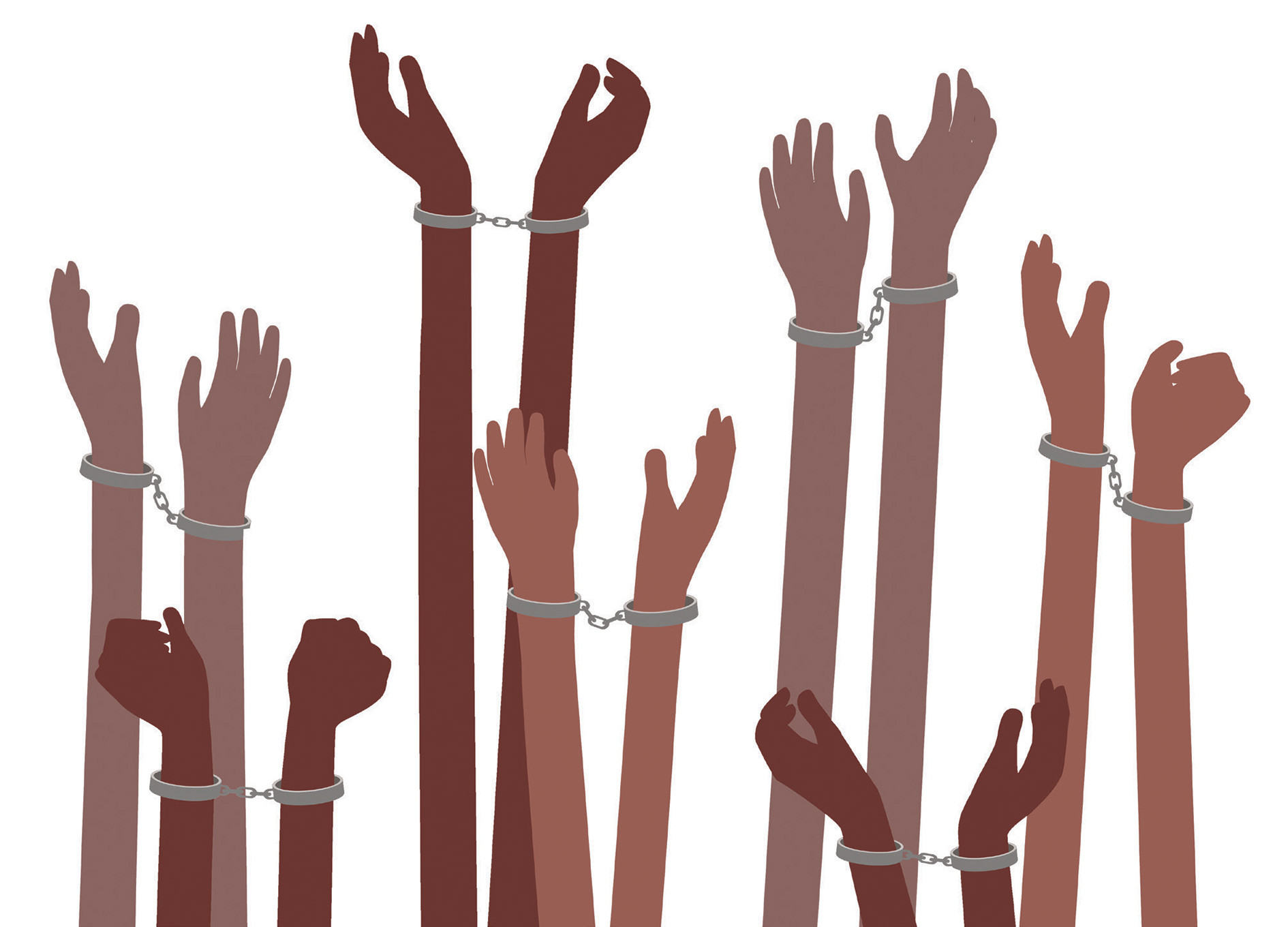 On 5 September, Gauri Lankesh, editor of an outspoken weekly newspaper was gunned down outside her home in Bangalore, southern India. A staunch critic of Hindu nationalist politics, she had been convicted of ‘defamation’ last year for an article implicating influential politicians belonging to India’s ruling party in a corruption scandal.

Across the Arabian Sea in Bahrain, the president of the Centre for Human Rights Nabeel Rajab, is languishing in prison and in failing health resulting from torture. His crime – publicly criticizing Bahrain’s absolutist monarchy and demanding genuine democracy.

Lankesh and Rajab’s struggles, pursued in vastly different political environments, highlight a bitter truth. Around the world, a combination of resurgent nationalist political forces and old school tyrants are attacking civil society and the progressive media with a vengeance.

The link between the persecution of Nabeel Rajab and the crude actions of Bahraini authorities is pretty obviously part of their policy of preventing human rights advocates from going to UN meetings and even regularly harassing their family members. The causal link between Prime Minster Narendra Modi’s caution to Indian Supreme Court judges two years ago about ‘five star activists’, to today’s perilous environment in which a well-respected journalist like Lankesh can be gunned down in her own home, may be more subtle but it cannot be ignored.

Many of us in civil society are deeply concerned by the emergence of an insidious, often neo-fascist, brand of global politics. The figureheads of this political project rally around narrow notions of nationalism based on religious or ethnic identity. They dismiss human rights and social justice norms as sentimental ‘political correctness’ and reject internationalism as being out of touch with the presumed views of the silent majority.

Many of them may have assumed power democratically, yet following elections, they regard their mandate, whether rigged or fair, as absolute. Dissent is viewed as illegitimate. Rule of law matters less than edicts purported to reflect popular opinion. These autocratic politicians show scant respect for judicial and legislative checks and balances. They also tend to centralize decision-making, surrounding themselves with narrow coteries of advisors, often drawn from business elites, who benefit from the easing of business regulations. 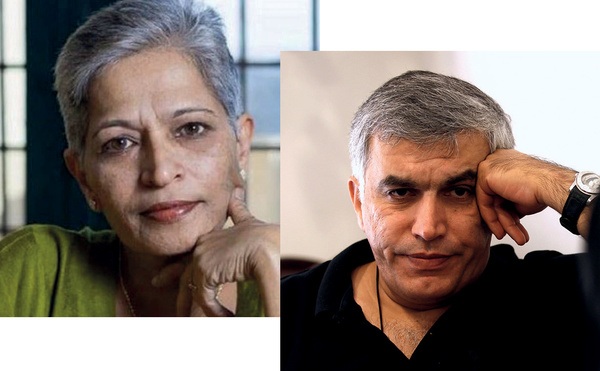 Activists and organizations uncovering corrupt relationships or conflicts of interest are a grave threat to this kind of emotion-based politics that eschews logic. Members of civil society and the progressive media are derided as obstructive or at work at the behest of outside forces. This toxic cocktail of resurgent nationalism and old school authoritarianism is feeding off the global security discourse. Genuine threats from terrorists are repurposed to place arbitrary limits on fundamental freedoms in the name of safeguarding national security.

In his September 2017 statement to the UN General Assembly, US president Donald Trump made repeated references to state sovereignty as a rebuke to universal human rights norms. Since his election, several states in the US have attempted to pass anti-protest legislation to impede the constitutionally guaranteed right to peaceful protest.

Rightwing nationalist political elites are sharing tactics and egging each other on. Trump as president elect expressly supported Israeli Prime Minister Benjamin Netanyahu’s repudiation of a UN resolution urging an end to Israeli settlement activities in occupied Palestine. Netanyahu’s government has been instrumental in pushing through a notorious foreign agents law that subjects civil society groups that receive international support to excessive state scrutiny and control –
to prevent them from exposing abuses in the occupied Palestinian territories. The Israeli law is in turn modelled on Russia’s foreign agents law passed by Vladimir Putin’s government which views civil society as a thorn in its side.

The trendsetting Russian law also inspired Hungary’s moves to undermine freedom of association by denying access to international funding to human rights groups. Like Putin, Hungary’s Prime Minister Viktor Orbán views himself as a staunch defender of nationalist cultural values. In the Philippines, President Rodrigo Duterte has demonstrated his lack of respect for the rule of law by publicly stating that he would kill human rights advocates if they stood in the way of his ‘war on drugs’, and indicated murdered journalists deserved their fate.

The regressive actions of several democratic governments have emboldened authoritarian states. In Ethiopia, several hundred protestors have been gunned down with impunity during mass demonstrations against official policies in the last couple of years, while thousands have been arbitrarily detained. In Egypt, the military-backed regime has decimated independent civil society organizations through a policy of implementing regressive laws and intimidating activists through politically motivated prosecutions. In Venezuela, the UN has lamented steady erosion of constitutional norms leading to systematic use of excessive force to curb democratic dissent.

In an unusually frank speech at the UN in June this year, the High Commissioner for Human Rights Zeid Ra’ad Al Hussein issued a stark warning about the defiance of international law and constitutional norms. ‘The universal rights to freedom, equality and dignity have been held to be true across cultures and civilizations because of their intrinsic value, and because they make it possible to keep the peace. They are not frivolous add-ons; they are absolutely critical. Trash these, openly and defiantly, and the boundaries separating us from horrific violence dissolve.’

Although the current crop of political insurgents have little time for international institutions, rights defenders continue to score victories under the banner of human rights advocacy. In 2016, following sustained civil society pressure and despite fierce opposition, the UN for the first time was able to appoint an independent expert on sexual orientation and gender identity, bridging a key gap in international protection of the right against discrimination. In Poland last year, supporters of women’s rights came out in large numbers to push back a regressive anti-abortion bill that would reduce their agency over their bodies. These are but two examples of numerous defeats of regressive draft laws, along with the release of prisoners of conscience and emergence of principled public servants willing to put a stop to untrammelled political power.

We at CIVICUS argued in our 2017 State of Civil Society Report that in these polarized times, it is not enough for civil society to assert a belief in internationalism. We need a well thought-out and progressive internationalism to address the current global crisis of democracy. Many recent political shifts reflect genuine citizen anger. People feel increasingly economically insecure, and see their livelihoods becoming more precarious. They resent the growing gaps between the very wealthy and everyone else. They may also feel their traditional ways of living and values are under threat from technological change, urbanization or immigration.

In conditions of deteriorating public trust, people feel politics-as-usual tends to privilege elite interests. In the current era of outsourced government and crony capitalism, big businesses are bailed out while ordinary people struggle with their public services cut back. Citizens may see conventional political competition as meaningless and established political parties as virtually indistinguishable from each other. This can lead them to reject conventional politics and embrace more extreme positions; including, in some instances, a rejection of constitutional democracy – with its inherent protections for alternative voices – itself.

But the current lurch towards neo-fascist politics will likely lead to a pendulum swing. Disillusion is bound to follow when populist politicians fail to deliver on their contradictory and outrageous promises. We need to ready ourselves for that moment. In the meantime, we need to offer reasoned alternatives that speak to citizens’ grievances and demands for a better life. Our faith in social cohesion, and the human impulse to accept rather than reject diversity, needs to remain strong.