A group of political strategists gathers to brainstorm ways to remove democratic impediments to the plans of their political bosses. Text by Richard Swift, illustration by Jonathan Williams. 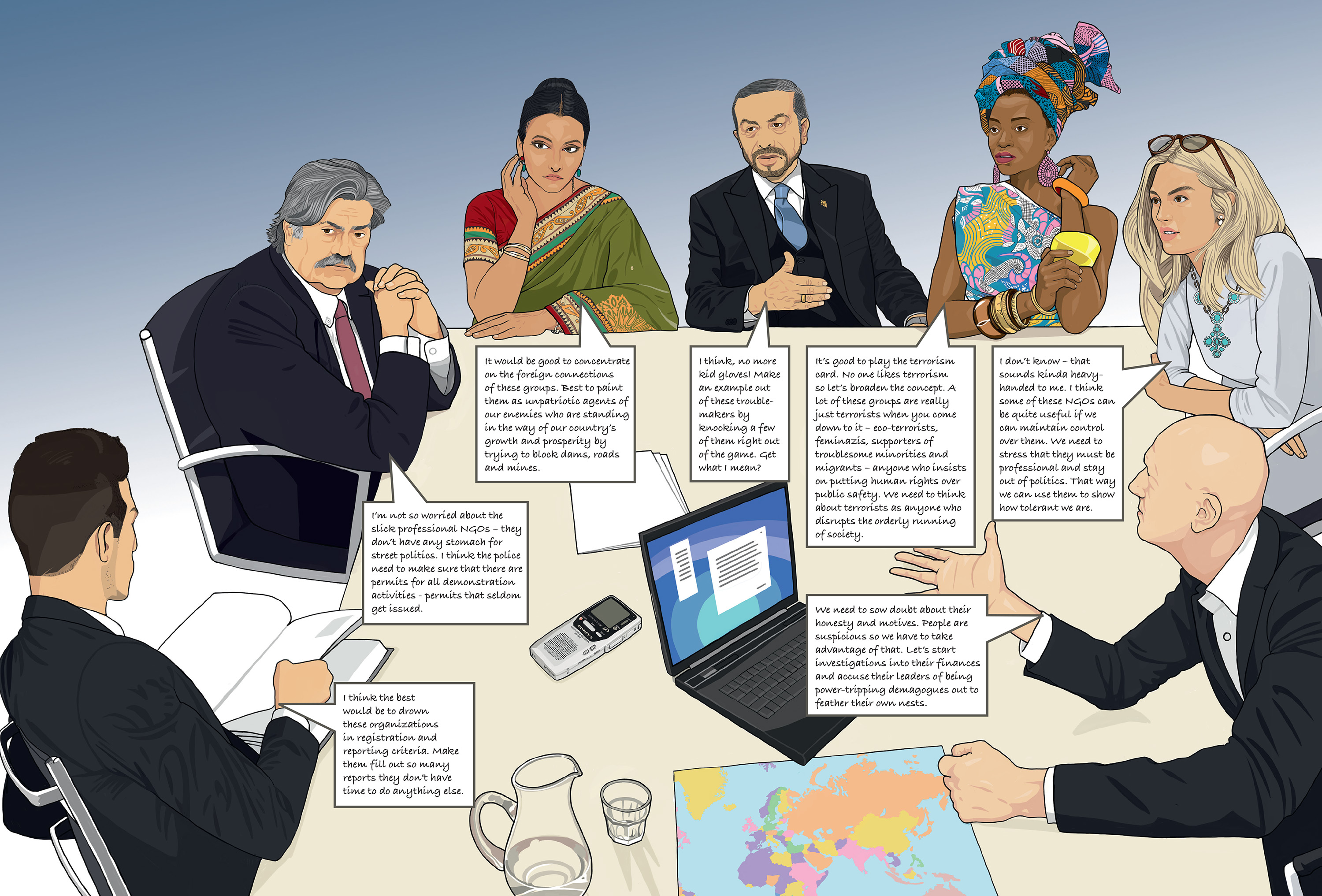 Person 1: I think the best would be to drown these organizations in registration and reporting criteria. Make them fill out so many reports they don’t have time to do anything else.

Person 2: I’m not so worried about the slick professional NGOs – they don’t have any stomach for street politics. I think the police need to make sure that there are permits for all demonstration activities - permits that seldom get issued.

Person 3: It would be good to concentrate on the foreign connections of these groups. Best to paint them as unpatriotic agents of our enemies who are standing in the way of our country’s growth and prosperity by trying to block dams, roads and mines.

Person 4: I think, no more kid gloves! Make an example out of these trouble-makers by knocking a few of them right out of the game. Get what I mean?

Person 5: It’s good to play the terrorism card. No one likes terrorism so let’s broaden the concept. A lot of these groups are really just terrorists when you come down to it – eco-terrorists, feminazis, supporters of troublesome minorities and migrants – anyone who insists on putting human rights over public safety. We need to think about terrorists as anyone who disrupts the orderly running of society.

Person 6: I don’t know – that sounds kinda heavy-handed to me. I think some of these NGOs can be quite useful if we can maintain control over them. We need to stress that they must be professional and stay out of politics. That way we can use them to show how tolerant we are.

Person 7: We need to sow doubt about their honesty and motives. People are suspicious so we have to take advantage of that. Let’s start investigations into their finances and accuse their leaders of being power-tripping demagogues out to feather their own nests.

You will agree: escalating repression
Are we all terrorists?