Our dysfunctional food system was failing before Covid-19.

Since 2014, the number of people who are chronically undernourished – unable to fulfil their food needs long term – has been rising. 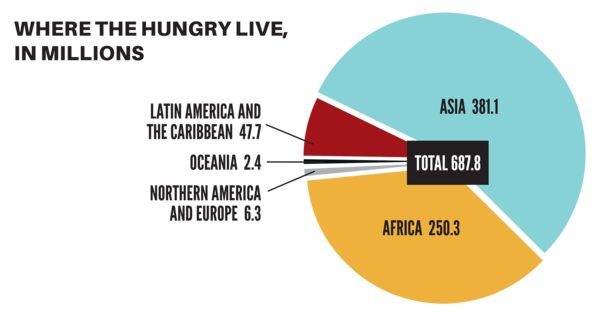 Obesity is rising in almost all countries and has tripled worldwide since 1975. It’s no longer solely a rich-world problem – 45% of obese under-5s live in Asia, and 25% in Africa.1,2

Every country in the world now suffers from malnutrition. Increasingly, high rates of under-nutrition, overnutrition/obesity and micro-nutrient deficiency co-exist in the same place (country, household or even the same person). This is known as the double, or even triple, burden of malnutrition.

Hunger has nothing to do with scarcity.

An estimated 30% of the world’s food goes uneaten – more than enough to feed the world’s hungry.7

Covid-19 could leave 270 million people on the brink of starvation.5 That’s more than the population of Brazil and the UK combined. 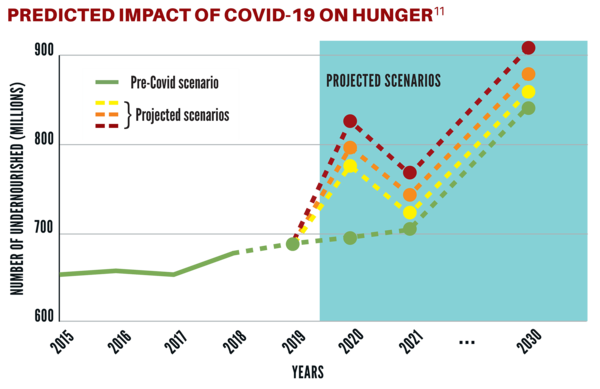 Death by Covid-19 – or hunger?
A human story