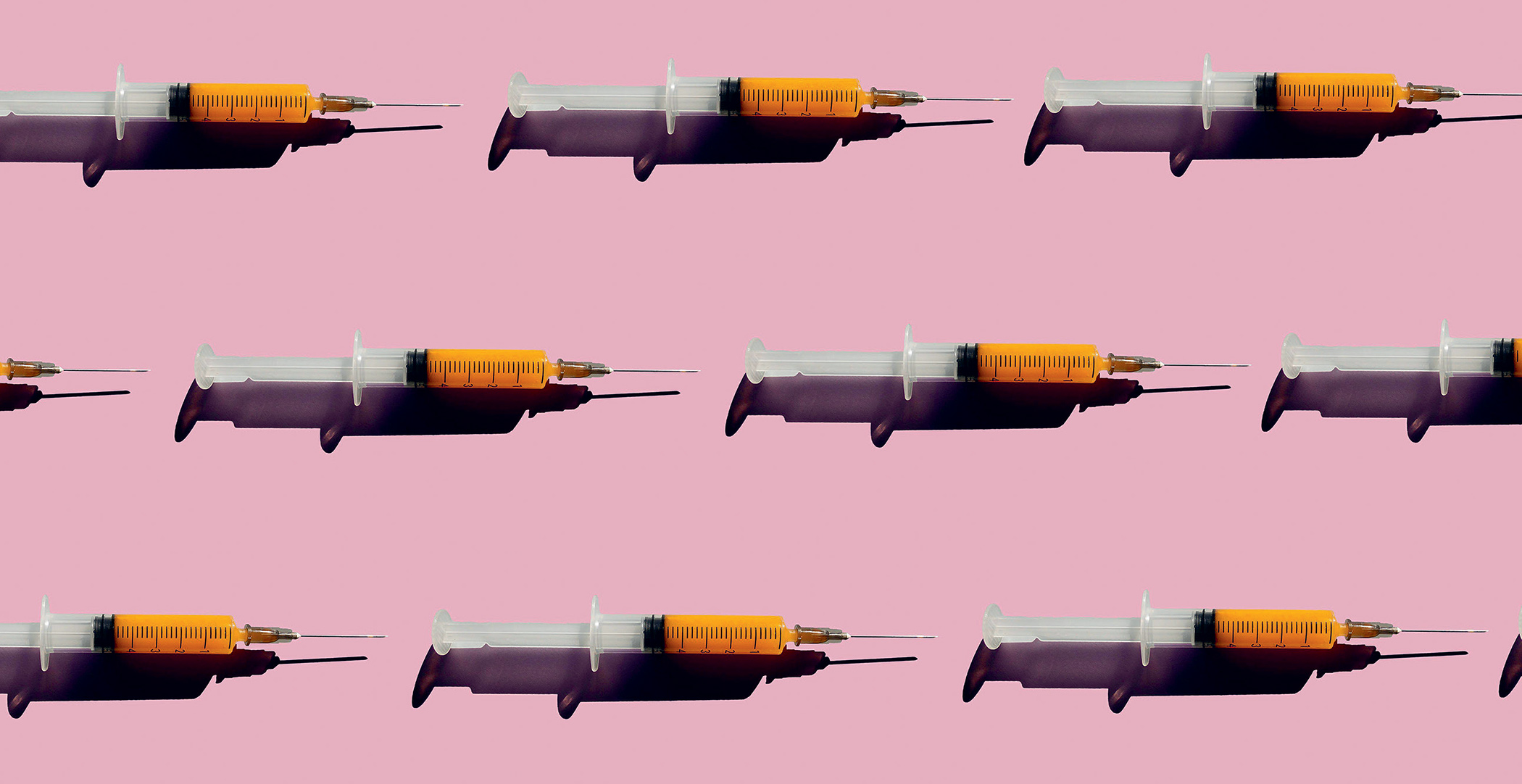 You could almost hear the collective sigh of media relief when delivering the welcome news of the arrival of vaccines to treat Covid-19.

But the vaccine honeymoon is proving short-lived. It was always going to be a political and economic football, given the priorities and power of different players: nation states, drug companies and health authorities both national and international. To say nothing of the world’s desperate citizenry. The problems are myriad: vaccine nationalism, rollout priorities, supply issues, timing booster shots, predatory behaviour by Big Pharma and new variants of this shape-shifting virus.

Predictably, the social determinants of health have kicked in, with the poor and racialized majorities suffering greater and more severe contagion than the affluent minority, who are better positioned to both avoid the virus and get the jab.

The vaccines have clearly been oversold as the answer rather than simply a useful tool to be integrated into broader social changes. The need for these changes has been made glaringly obvious by the predations wrought by the pandemic: underfunded healthcare; economic recovery strategies that fail to address galloping inequality; and globalization, with its ethos of ‘just in time’ delivery that left many vulnerable communities exposed and unequipped.

Meanwhile, scientific innovation and vaccine production are leaving life and death decisions in the hands of Big Pharma. Publicly funded universities produced much of the most useful vaccine and medical research, only to see that research privatized and the results sold back to the public at a handsome return (see Facts page 20). Traditionally vaccines have not been a profitable sector for the pharmaceutical industry, as poor and middle-income countries made up 79 per cent of the pre-Covid-19 vaccine market. Because they cannot afford vaccines, over one and a half million people in the Global South die unnecessarily every year.

We ignore at our peril the case for playing a long game of ecological sanity, to shape our short game of immediate revival

Then there are the problems connected to our careless anthropocentric practices that continue to expose us to cross-species contamination – the source of most recent pandemics – by squeezing habitats of other species through industrial agriculture and urban development.

Economic and political elites are wedded to this combination of structural factors in order to maintain their dictatorship of expansion and profit. Their dream is for vaccine ‘magic bullets’ to return us to business-as-usual and so avoid having to rethink growth commitments and shrink the space humans take up to manageable environmental proportions.

This tendency towards a kneejerk belief that all of the grave problems facing humanity can be solved by as yet untested and even undiscovered techno-fixes is deeply embedded in our culture and political economy. During the ferocious fight against rightwing populism and conspiracy fantasies, those who espouse rational alternatives have fallen back on science as a final court of appeal. But science is a multi-dimensional venture which is shaped, and at times limited, by the political and economic possibilities of an era. Its potential can be blunted by what is acceptable, which so often these days means what makes money.

But, because it is so heterodox, science allows dissident voices to martial dissenting evidence. Two such voices are environmental and marine biotechnologist Michael Huesemann and his activist-scientist wife Joyce Huesemann, who a decade ago published Techno-Fix: Why Technology Won’t Save Us or the Environment. Michael’s recent work is in cultivating algae as a biofuel to replace carbon.

Techno-Fix is a stinging critique of the limits of technological solutions in solving a range of environmental issues, from climate degradation through to chemical and industrial pollution. They also take on the automobile as an ecologically destructive centrepiece of modern life. The Huesemanns demolish the notion that we can ‘save’ humanity through the deployment of such things as carbon-capture sequestration technologies or solar radiation management schemes to reverse climate degradation. They and others, such as the Canadian ETC Group, believe such efforts will create a fool’s paradise based on the notion that we can continue a lifestyle underpinned by unsustainable emissions levels and chemical pollution. This faith in abatement technologies allows the real issues to be kicked a little further down the road.

Perhaps the sharpest current example of this is the case of Elon Musk and the electric car lobby. Their hope is that the widespread adoption of this technology will allow continuation of our current auto-centric civilization, which shapes so much of the built environment and underpins the economics of consumer culture. But the ecological footprint of the automobile spreads well beyond the use of carbon-based fuels, involving massively wasteful infrastructure and a manufacturing throughput using ultimately unsustainable amounts of energy and raw materials. The promotion of individual electric car ownership forestalls an essential conversation about alternative collective means of transportation and the re-focusing of life around decentralized and revitalized local communities.

New technologies are like a blind date. Is it going to be the love of your life or are they more interested in what’s in your pocket book?

Our elite of new billionaires – Musk, Bezos, Branson – are wildly technophilic in their belief that this is where solutions to the world’s serious problems must lie. And why not? After all, it is technologies – from computers to electric cars and high-tech delivery systems – which have made them so fabulously wealthy. They are known for their fascination with space travel and rhapsodizing about ‘the next frontier’, as if we could somehow spread our unsustainable growth ethos across the universe. This takes us a very long way from the kind of modest degrowth we need to embrace if we are going to live within our ecological means.

Compared to these space-travel fantasies, vaccines are a very down-to-earth scientific success story. But they need to be embedded in an equitable sharing economy and a well-resourced public-health system. Standing on their own they will provide a partial and unequal solution with a limited shelf-life. This is recognized by the WHO’s Mike Ryan when he points out that: ‘The existence of a vaccine, even at high efficacy, is no guarantee of eliminating or eradicating an infectious disease. That is a very high bar for us to be able to get over’.

He believes that we will need to learn to live with the virus: ‘We have to reach a point where we’re in control of the virus, the virus is not in control of us.’ He warns that another, more deadly, pandemic may well be in the wings if we don’t address the fundamental health and structural vulnerabilities this pandemic has exposed.

For in the end, new technologies are like a blind date. Is it going to be the love of your life or are they more interested in what’s in your pocket book? Like most blind dates it’s a package deal with upsides (charm or intelligence) matched by downsides (too full of themselves, invasive families or perhaps chronic snoring). Somehow this downside never makes it onto the thumbnail sketches on the dating sites. Same goes with technologies. When we got DDT, it was all about eradicating mosquitoes and other annoying pests – not poisoning our food and killing off various bird species.

At least with vaccines there are fairly strict testing protocols, unlike the introduction of new industrial chemicals or pollution abatement technologies that promise ‘clean’ coal. Mega-projects that fool around with the climate are almost impossible to either test or reverse. The problem with vaccines is they divert our attention from a package of policy alternatives desperately needed if we are to effectively prevent or at least mitigate future pandemics.

But the desperation to get us out of the ‘Covid winter’ and its accompanying malaises is almost palpable. ‘So cut the crap, give us the jab and let’s get on with it’ is completely understandable. But we ignore at our peril the case for playing a long game of ecological sanity, to shape our short game of immediate revival. To do this we need to treat vaccines as useful tools rather than all-encompassing techno-fixes. Such a strategy can move us beyond short-sighted technophilia and give a fighting chance for a fair and just exit from this pandemic and better position us to deal with future viruses.

Richard Swift is a former co-editor of and regular contributor to New Internationalist.

The nuts and bolts
A history of vaccines