There are over 27,000 nuclear weapons in the world. Thousands are deployed on land, at sea and in the air, posing the constant threat of nuclear war and radioactive contamination. 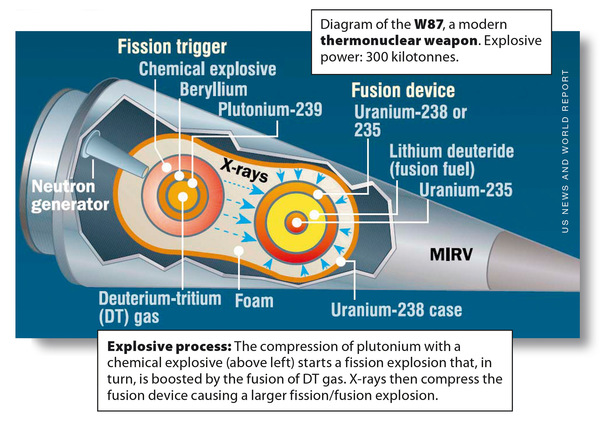 An atomic explosion is a chain reaction in which atoms are split. This releases colossal amounts of energy, and particles that collide with more and more atoms causing an exponentially growing chain reaction. This process is called fission. The most powerful fission explosion is achieved by using enriched uranium and plutonium atoms, which are unstable and radioactive. 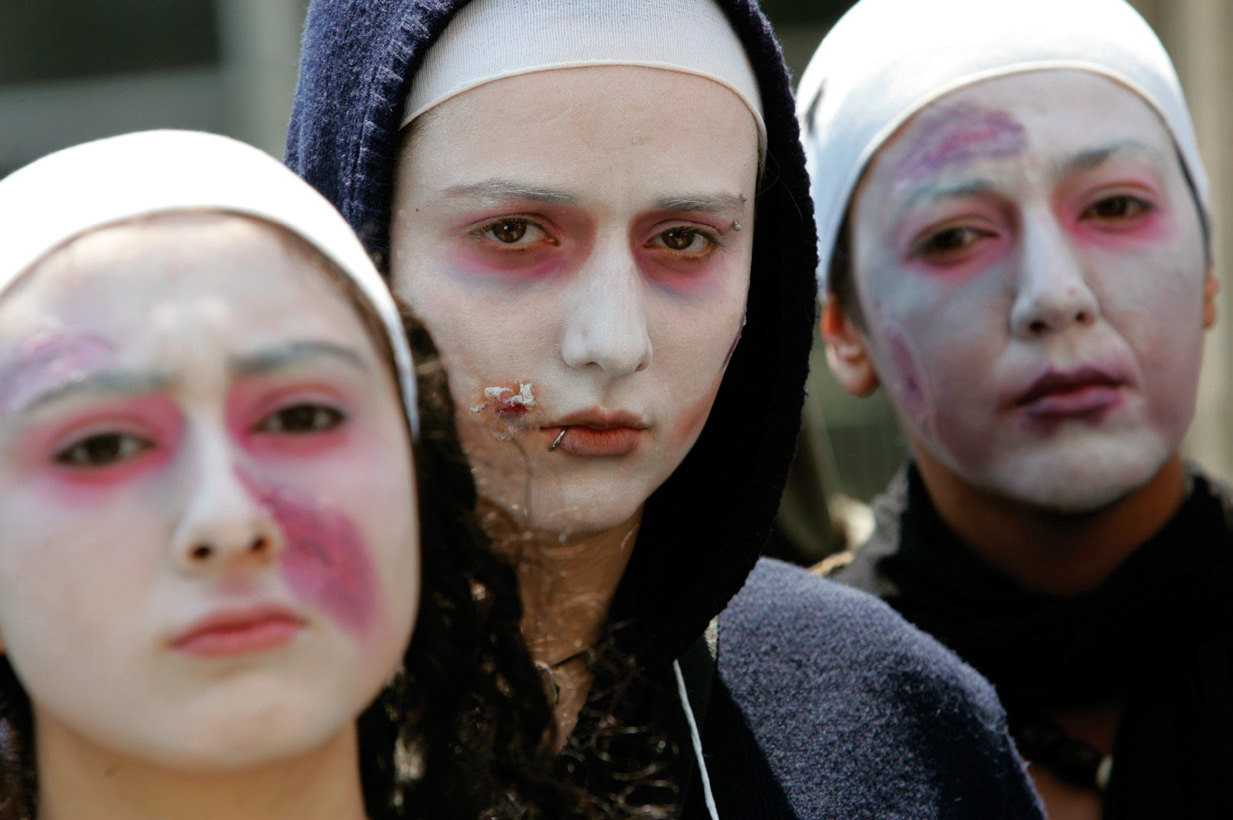 Nuclear weapons are far more destructive than conventional bombs. Their explosions kill indiscriminately on a massive scale, and their radioactive fallout can continue causing fatal illness for years to come. 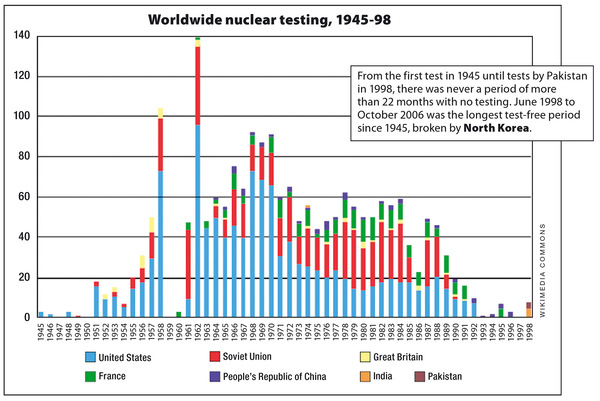 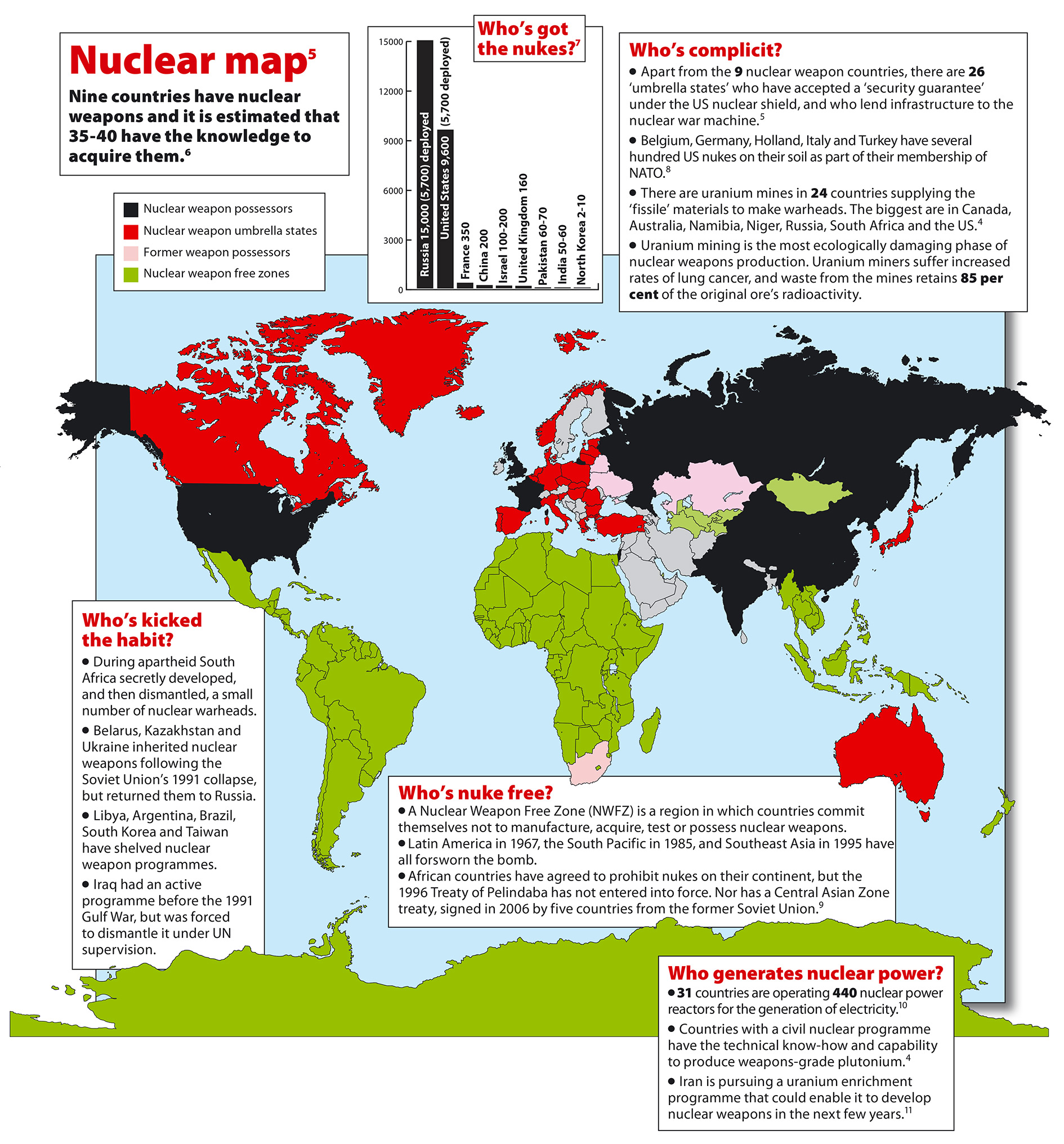 Nine countries have nuclear weapons and it is estimated that 35-40 have the knowledge to acquire them.6

The eco-cost of one bomb

The radioactive waste created in the manufacture of an average nuclear bomb includes 2,000 tons of uranium mining waste, 4 tons of depleted uranium and 50 cubic meters of ‘low-level’ waste. ‘Clean up’ following nuclear weapons production and testing in the US will cost more than $300 billion through to the year 2070.17