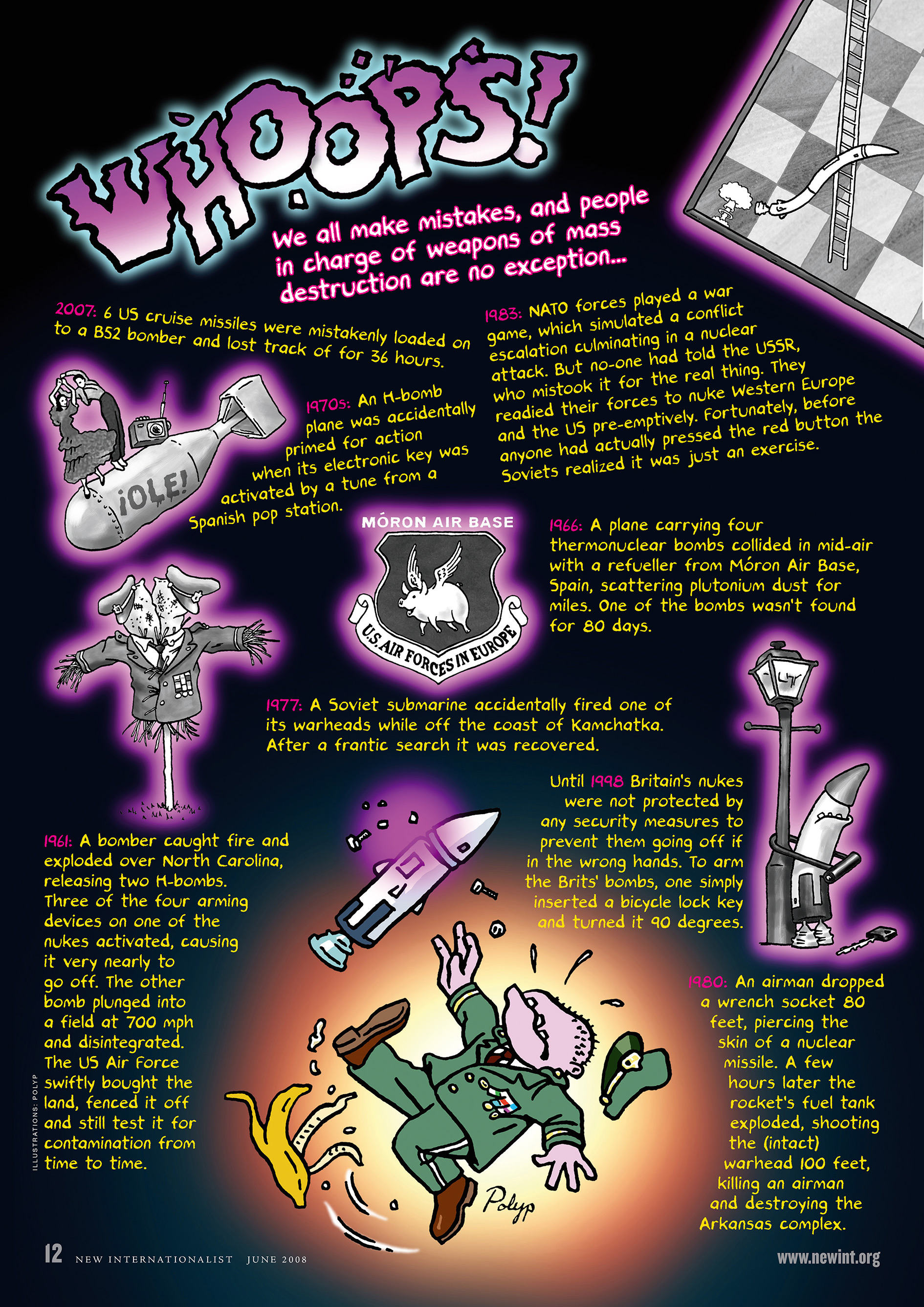 2007: 6 US cruise missiles were mistakenly loaded on to a B52 bomber and lost track of for 36 hours.

1998: Until 1998 Britain’s nukes were not protected by any security measures to prevent them going off if in the wrong hands. To arm the Brits’ bombs, one simply inserted a bicycle lock key and turned it 90 degrees.

1983: NATO forces played a war game, which simulated a conflict escalation culminating in a nuclear attack. But no-one had told the USSR, who mistook it for the real thing. They readied their forces to nuke Western Europe and the US pre-emptively. Fortunately, before anyone had actually pressed the red button the Soviets realized it was just an exercise.

1980: An airman dropped a wrench socket 80 feet, piercing the skin of a nuclear missile. A few hours later the rocket’s fuel tank exploded, shooting the (intact) warhead 100 feet, killing an airman and destroying the Arkansas complex.

1977: A Soviet submarine accidentally fired one of its warheads while off the coast of Kamchatka. After a frantic search it was recovered.

1970s: An H-bomb plane was accidentally primed for action when its electronic key was activated by a tune from a Spanish pop station.

1966: A plane carrying four thermonuclear bombs collided in mid-air with a refueller from Moron Air Base, Spain, scattering plutonium dust for miles. One of the bombs wasn’t found for 80 days.

1961: A bomber caught fire and exploded over North Carolina, releasing two H-bombs. Three of the four arming devices on one of the nukes activated, causing it very nearly to go off. The other bomb plunged into a field at 700 mph and disintegrated. The US Air Force swiftly bought the land, fenced it off and still test it for contamination from time to time.