Anti-nuke action across the world 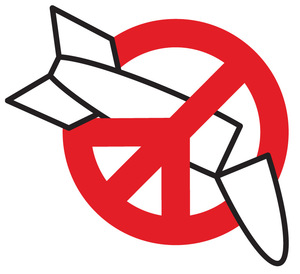 India’s dance with the devil

India’s future as a nuclear state has been the subject of fierce internal debate, delaying the passage into law of a pact with the US which would allow India to expand its nuclear power industry in exchange for greater US influence in the region.

Achin Vanaik, Co-ordinator of the Indian Coalition for Nuclear Disarmament and Peace (CNDP) says: ‘India must not be rewarded through this deal. It would mean we join the substantial number of countries that are legitimizing American nuclear irresponsibility.’

CNDP is working closely with its counterpart the Pakistan Peace Coalition to campaign for a South Asia Nuclear Weapons Free Zone (NWFZ). ‘Our neighbours – Sri Lanka, Nepal, Bangladesh – do not like what India and Pakistan have done in acquiring nuclear weapons,’ explains Achin with a glint in his eye. ‘We should utilize their anger. Just think, if Bangladesh became part of a South Asian NWFZ, what a nice message that would send!’

Global campaign for a Convention

An international campaign, which brings together many of the world’s most active peace movements and organizations, is calling for a ‘Nuclear Weapons Convention’ to ban the development, possession, use and threat of use of any kind of nuke. ICAN (International Campaign to Abolish Nuclear Weapons) has so far launched in Australia, Canada, Denmark, France, India, Malaysia, Norway, Sweden and Britain. ‘Already,’ one of the campaign’s founders, Felicity Hill, reports, ‘the idea is gaining momentum. 127 countries voted YES to a UN resolution last year calling for the immediate commencement of negotiations.’ But the nine warhead-toting states have yet to come round to the idea.

Support the campaign
For latest news and to find out what’s going on in your country see: www.icanw.org

The ICAN campaign originated in Australia where, according to co-ordinator Jessica Morrison, ‘concern about nuclear issues is high. The Australian Labour Party, during their election campaign last year, promised to use their status to lead on a Nuclear Weapons Convention, and early signs are that they will follow through.’

Having defeated plans to introduce nuclear power into Australia, campaigners are now turning their attention to the country’s massive uranium mining industry. ‘BHP Billiton is planning to build by far the world’s largest uranium mine at Olympic Dam, South Australia,’ reveals David Noonan from the Australian Conservation Foundation. ‘It will produce 20,000 tonnes of uranium from 2014. Much of it is destined for China and, depending on the outcome of a parliamentary inquiry later this year, Russia – in both cases contributing to the risk of further weapons proliferation.’

In Japan, 300,000 survivors of Hiroshima and Nagasaki, known as the ‘Hibakusha’, are alive today yet less than one per cent receive state medical payments. Mikiso Iwasa from Hidankyo, the Hibakusha organization, is suffering from cancer and determined to get fair treatment.

‘After the bombing, when us survivors were in the most intense need of emergency relief, the US occupation forces and the Japanese Government hid the reality from the world and neglected to take relief measures,’ he remembers. ‘Today, the atomic bombs are still attacking us. Those who absorbed or inhaled radioactive fallout are developing cancer and suffering agonizing pain. Despite this, the Japanese Government restricts their recognition of A-bomb disease sufferers to only those who were exposed to initial radiation within a very short distance of Ground Zero. We are now fighting legal battles across the country to get the State to recognize the link between nuclear fallout and cancer. So far we have won six!’

‘Son of Star Wars’: striking back at the Empire

As soon as George W Bush got into power he ramped up attempts to achieve the long-time American dream of a ‘national missile defence’ (NMD) shield that would intercept and destroy any nuclear missiles heading its way. Dubbed ‘Son of Star Wars’ the proposed system relies on Britain, Poland and the Czech Republic to host components.

It is deeply unpopular. Many are concerned it would turn their country into a military target and people in Poland and the Czech Republic are particularly worried about heightened tensions with neighbouring Russia, which believes the proposed system is actually being deployed against them. ‘US missile defence plans are driving the world to the brink of a new Cold War’, warns Vera Brovkina from the St Petersburg Council for Peace and Conciliation.

In the Czech Republic, 68 per cent of people are against hosting a missile-tracking radar. Campaigners ‘have tried everything,’ according to Jan Tamas from the No to Bases coalition. The Czech Government is ready to press ahead, but the signing ceremony has been postponed following protests and the occupation of the military base where the radar is due to be situated.

Six European countries – Belgium, Germany, Italy, Netherlands, Turkey and Britain – host 480 US warheads under NATO ‘nuclear sharing’ arrangements. The US President can press the red button at any time without the permission of the country hosting its weapons.

In Belgium, an international initiative connecting cities in opposition to nuclear weapons has spread like wildfire. Founded by the mayors of Hiroshima and Nagasaki in 1982, the Mayors for Peace campaign has brought together the mayors of 2,170 cities in 127 countries, in the shared belief that: ‘Mayors have a duty to protect their citizens. Cities are not targets!’

A couple more cities join the network every day. ‘Belgium only counted six members of Mayors for Peace in autumn 2003,’ says co-ordinator Pol d’Huyvetter. ‘By 2008 over 310 of a total of 589 Belgian Mayors had joined!

They speak out through newspaper op-eds, they visit the Ministries to lobby them. They even participate in non-violent blockades of the nuclear base!’

The fight is on to prevent the replacement of Trident (see page 4 and page 13). At Aldermaston, where the new generation of nuclear weapons will be built, there has been a women’s peace camp since 1985. Undeterred by new legal attempts to prevent them gathering, the women have declared ‘Knickers to the by-laws!’ and continue their ‘Block the Builders’ campaign to hamper Trident development work.

Many of the most effective citizens’ initiatives to abolish nuclear weapons have their origins in Aotearoa/New Zealand. In the 1980s Kiwis established their homes, schools, churches, workplaces, and cities as Nuclear Weapon Free Zones – ‘much to the annoyance of the US who used to bring nuclear weapons into our ports on warships!’ reminisces Alyn Ware, a central figure in the country’s peace movement.

In the 1990s, Alyn and others campaigned for an International Court of Justice (World Court) ruling, which found that the threat or use of nuclear weapons is illegal, and that countries are obliged to eliminate nuclear stockpiles. He helped found Abolition 2000 – an international network of 2,000 organizations building grassroots support for a nuclear abolition treaty, and was one of the drafters of the model Nuclear Weapons Convention.

‘Being a long way from most other countries, we have developed a tradition that if something is broken we need to work out how to fix it with whatever is at hand,’ explains Alyn. ‘As a farming country with lots of wire-fencing, we have a saying: “we can fix anything with number 8 wire”. Ordinary Kiwis have armed themselves with the “number 8 wires” of the 21st century – passion, creativity, communication networks and a belief that we can create a better world. Anyone with a bit of savvy and commitment can make a difference.’

Brave Israeli students were infuriated by the lack of balance during a seminar on ‘The Nuclear Challenge in the Middle-East’ last November. So they stood up, stripped off, and unfurled banners reading ‘Strip the Middle East of Nukes’ seconds before the President of Israel, Shimon Peres, started his speech.

‘We asked the organizers of the conference to have an unbiased panel to discuss the real nuclear challenges in the Middle East, but we got a panel full of “security” specialists, only justifying the Israeli need for nuclear weapons’, said Sharon Dolev, disarmament campaigner for Greenpeace in Israel. Israel has an ‘ambiguity’ policy of neither confirming nor denying the existence of its nuclear arsenal. ‘This is considered as a serene and measured approach in Israel, but to the rest of the world it is aggressive and childish’, explains Dolev. Peres was reportedly amused at the stunt.

There are a great many organizations campaigning to stop nukes. Contacts in every country are listed on the Women’s International League for Peace and Freedom website: www.reachingcriticalwill.org/resources/ngocontacts/contactsindex.html