Argument: If you care about climate change, should you have children? 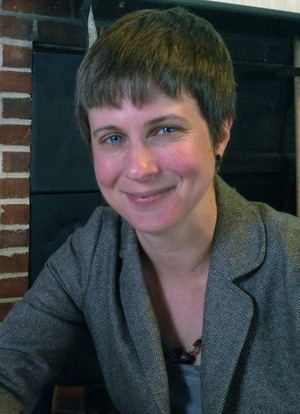 YES: Anne Hendrixson is the Director of PopDev, a centre for critical thinking, learning and advocacy on peace, population and the environment at Hampshire College in Amherst, Massachusetts, US.
Anne Hendrixson

Yes. If you are concerned about climate change and want to have children, you should.

Babies and yet-to-be-born babies are not answerable for current climate change and ordinary households should not be held responsible for major reductions in future carbon emissions, though clearly everyone who can should do their part to save energy and reduce dependence on fossil fuels.

Averting future births will not hold those who are most responsible for climate change – like the US military – accountable for their carbon emissions. As peace activist Pat Hynes tells us, ‘the military has 1.4 million active duty people, or .0002 per cent of the world’s population, generating 5 per cent of climate pollution. The US military enterprise is far and away the largest single climate polluter and contributor to global warming.’1

If you want to address climate change, you and your children should challenge the excesses of the military-industrial complex.

Corporations are also responsible for a disproportionate share of carbon emissions. A 2013 quantitative analysis in Climatic Change traces 63 per cent of cumulative worldwide carbon emissions to just 90 companies, including Chevron, BP and Exxon, as well as state-run firms. Hold these powerful companies accountable for their actions and teach your children to do likewise.

Ian Angus and Simon Butler point out in Too Many People that reducing population growth won’t address the real threats to our planet: ‘Corporations and armies aren’t polluting the world and destroying eco-systems because there are “too many people”, and they won’t stop if the birth rate is reduced.’ 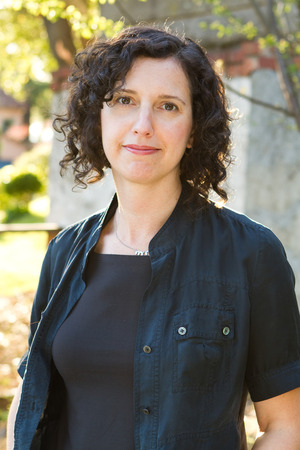 NO: Erica Gies is an independent journalist who writes about the core requirements for life: water and energy. Her work has appeared in The New York Times, The Guardian, Scientific American, The Economist, Forbes, and other outlets.
Erica Gies

While the US military and corporations generate a lot of emissions, so do children – and their descendants.

In the US, ‘each child ultimately adds about 9,441 metric tonnes of carbon dioxide to the carbon legacy of an average female – which is 5.7 times her lifetime emissions,’ wrote the authors of a study published in Global Environmental Change. Future growth amplifies today’s reproductive choices exponentially, just as compound interest makes a savings account soar.

Children in the developed world have an especially big footprint. The average long-term carbon impact of a child born in the US (including its descendants) is more than 160 times the impact of a child born in Bangladesh.Plus, kids born anywhere today will have a larger environmental impact than their forebears due to humanity’s inclination to use the easiest resources first. For example, the first oil harvested in the 19th century was 18 metres below the surface. Now we’re drilling six kilometres deep below the ocean and steaming oil out of Canada’s tar sands, processes that use far more energy.

Also, the US military and corporations don’t exist in a vacuum; more people drive them to more action. Population increase is a major cause of intergroup violence, said Halvard Buhaug of the Peace Research Institute in Oslo. That incites military responses.

Attributing climate change to children and their future descendants is misleading. According to the latest census, the fertility rate in the US dropped to a record low last year, to an average of 1.86 babies per woman. At the same time, US carbon emissions increased.

Some conservative thinkers have blamed the increase on immigrants, as the US population is growing because of immigration rates. But do immigrants drive climate change? No, says Jorge Madrid in a Center for American Progress report. One sign is that the US cities with the highest carbon emissions are those with the smallest immigrant populations.

Kids born today will have a larger environmental impact than their forebears due to humanity’s inclination to use the easiest resources first. The first oil harvested in the 19th century was 18 metres below the surface. Now we’re drilling six kilometres deep – Erica

If population size and growth rates do not cause higher carbon emissions, what does? Wealth. In Environment and Urbanization David Satterthwaite shows that the biggest carbon-emitting nations from 1980 to 2005 were those with the greatest economic growth.

Further, wealthy people – like wealthy nations – are disproportionately responsible: the richest 30 per cent of Americans emit almost four times as much carbon as the poorest 30 per cent.

The suggestion that a baby has an automatic carbon footprint is false. We should demand that corporations stop producing a glut of carbon-intensive products and push for public investments in clean energy and mass transit. This would have a much more positive environmental impact than not having kids.

And finally, the US military’s strategy – particularly for the ‘war on terror’ – is about oil, politics and power, not population size. Moreover, Buhaug has a nuanced approach to the causes of conflict. This is a misreading of his work.

Babies – and the parents they turn into – absolutely have an automatic carbon footprint. Existing on Earth requires resource consumption: food, diapers, energy, homes.

While it’s true that wealthier people consume more resources – as I acknowledged with my American versus Bangladeshi child example – more and more people around the world are aspiring to and attaining a Western standard of living. The skyrocketing growth in China’s per-capita consumption, exemplified by fast-rising car ownership, is a good example of this phenomenon.

Averting future births will not hold those who are most responsible for climate change accountable for their carbon emissions. If you want to address climate change, you and your children should challenge the excesses of the military-industrial complex – Anne

But you express a common misconception: that consumption has a greater impact on emissions than sheer population. In fact, they are inextricably linked.

And yes, of course we should advocate for less carbon-intensive products and infrastructure. But the Oregon State University (OSU) study found that, in the US, the carbon legacy and greenhouse-gas impact of an extra child is almost 20 times more important than other, greener practices people might employ during their entire lives, such as driving a high-mileage car, recycling or using energy-efficient appliances.

And ultimately, people don’t control their kids. When Apple produces its fancy new doodad of 2028, chances are a kid born today is going to want it, not boycott it in protest for a lower-carbon version.

The 2014 UN Women World Survey on gender and sustainable development says, ‘the continuation of unsustainable consumption and production patterns and inequities are actually far more significant in producing environmental problems than are sheer numbers of people.’

Understandings of population and environment dynamics, like this one, soundly refute Ehrlich’s 1970s population bomb predictions.

You mention the OSU study, but it neglects the variable that people are capable of effecting major positive social and environmental change. Ronnie Lipschutz notes that in such static frames, ‘everyone and everything comes to be seen as a stock or flow of carbon, and a threat to global survival’.

Like Lipschutz, I find this an ethically ‘chilling’ calculus.

Moreover, broad systemic changes, such as a major transition away from fossil fuels, will impact the carbon-intensity of goods consumed. Yes, if incomes rise, poor people will likely consume more. But if consumer products, housing and transport are environmentally friendly, then increased consumption and economic growth need not mean increased environmental devastation.

Ultimately, people should be able to choose to have children or not. Importantly, those who choose not to as a ‘green’ act should not put that expectation on others.

As the women’s group ARROW points out: ‘The dangers of undue emphasis on population reduction to address climate change are clear. It jeopardizes decades of work to advance multifaceted, rights-respecting, environmentally sound and equitable development models.’

We must safeguard sexual and reproductive health and rights – including having kids – even as we hold the worst carbon emitters accountable.

Yes, we should work to make the economy less destructive, but that doesn’t mean that billions of people’s consumption habits will ever be sustainable. Consider California’s groundbreaking energy efficiency requirements for appliances, beginning in the 1970s.

Refrigerators today use just 25 per cent of the energy of those 40 years ago. Likewise for dishwashers, home heating systems and air conditioning. However, California’s population also nearly doubled, increasing by 16 million during that time.

The net result: the state’s energy consumption has stayed flat. It’s great that it didn’t go up, but to get on a sustainable course, we need to reduce energy emissions from consumption dramatically.

Regarding sourcing electricity: sure, solar and wind are a big improvement over coal and oil, but they are no panacea. Every energy source has an impact. Their manufacture causes emissions, and large aggregations displace habitats and disturb soil, releasing carbon.

And yes, individuals can effect major positive change – but most don’t. Most partake of the status quo as they find it.

Finally, people who decide not to have kids are not forcing their choice on others. The reality today is that people – especially women – who abstain from procreation are harassed by their families, friends and even strangers because their choice doesn’t conform to the human biological imperative.

Governments also encourage reproduction via tax credits, thereby penalizing non-breeders. But their choice is incredibly valuable to the human animal; it leaves more resources for others. Socially and policy-wise, that’s what we should be incentivizing.

Reasons to be cheerful
The Trans-Pacific Partnership: let's not work together