The people’s flag is deep and red

From Karl Marx to Ed Miliband and François Hollande is a very long journey indeed. But all at least pay lip-service to socialism. So how has it worked as an alternative? 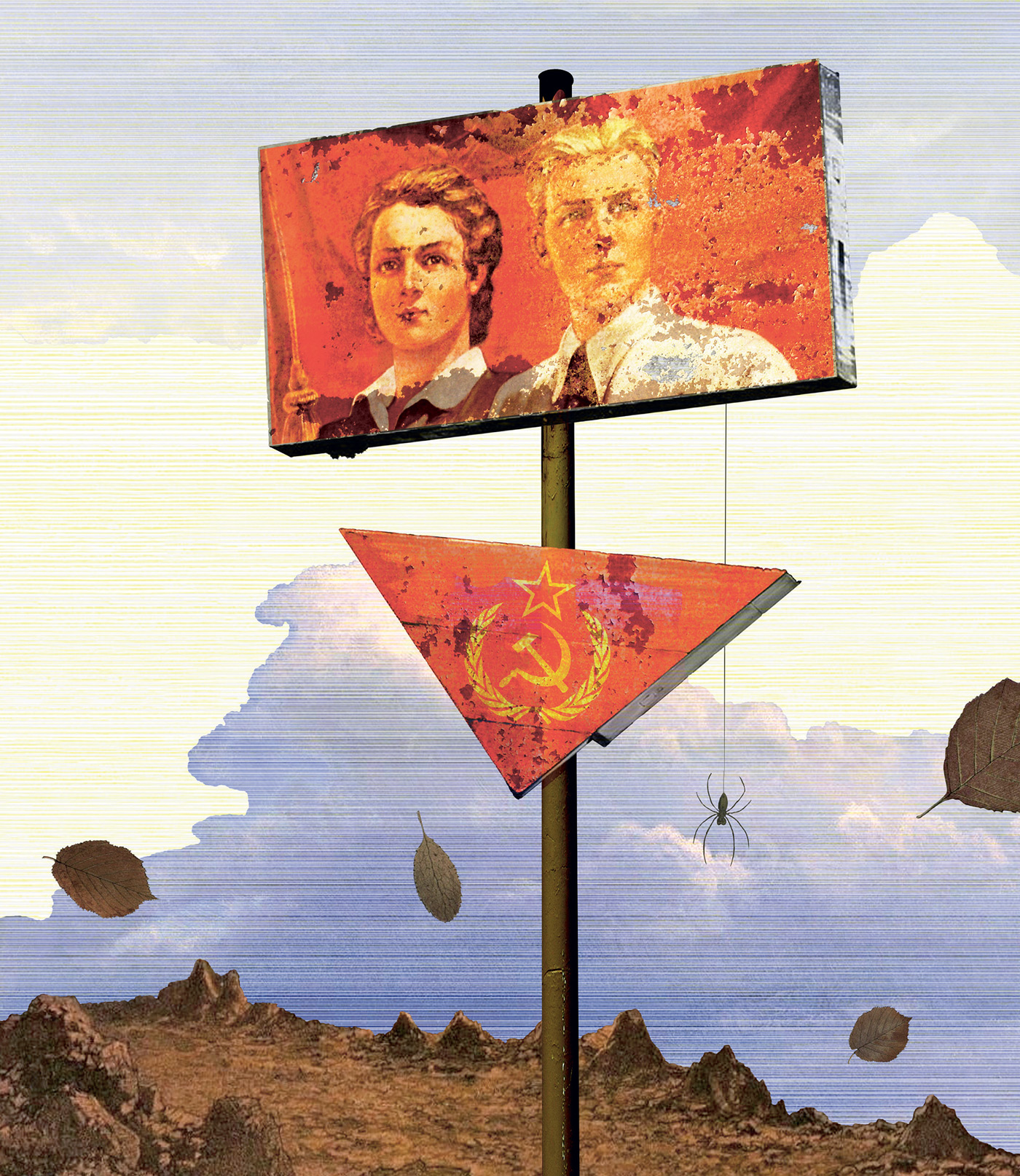 Socialism organized through the state has been the main way in which humanity has tried to build an alternative to capitalism. We now have a couple of centuries of experience of this so it should be possible to draw up a balance sheet of positives and negatives. From the beginning, the state – or, if not the actually existing state, some idealized version of its socialist reformation – has been for most socialists a source of coherence and justice in opposition to the squalour and instability of the capitalist market. While there have been competing currents of leftist opinion, it is this notion of a rational state as opposed to an irrational market that has until recently carried the day. This is the background needed for any understanding of what has been a largely uncritical view of the potential of the state to install and oversee a socialist alternative. The legitimacy of the political state and the way it exercises power remains one of the Left’s major intellectual blind spots.

Back in the 19th century the goal of a socialist republic was, for movements of the Left, just the logical conclusion of the democratic dream. Socialist theorists were increasingly aware that capitalism threatened the idea of a fully evolved democracy. Among their most treasured goals was the expansion of the franchise, given that the vote was then restricted largely to males with property. The main alternative in which those opposed to the system invested their hopes was a socialism brought about in one way or another through the democratic transformation of the state. In those days no-one doubted that the triumph of socialism meant more, not less, democracy. Opponents of socialism were staunchly opposed to such an expansion of democracy, seeing it as a form of threatening mob rule.

Along with other pioneers of socialism, Karl Marx saw the state as the fulcrum that could leverage a fundamental redirection of economic life. Marx, though, had very ambivalent feelings about the state. He thought of it as a transitional phase in the achievement of a stateless form of communism based on the democratic self-rule of producers. He was deeply suspicious of the bourgeois form of the state and saw a radical democratic transformation of it as a necessary precursor to socialism – hence his enthusiasm for the direct democracy of the Paris Commune of 1871.

But in his writings on the state Marx chose to use the unfortunate phrase ‘the dictatorship of the proletariat’ to describe this transitional phase. The word ‘dictatorship’ had a far different and more limited definition in the 19th century than it has today. It meant a kind of directed control that would resist the challenges of the partisans of capitalism (particularly those that profited from the private control of the means of production) to reverse what Marx saw as a primarily democratic transition. But Marxism (not unlike the Bible and the Qur’an) can and has been used to support many different and competing viewpoints and interests. This is certainly true of the notion of ‘the dictatorship of the proletariat’ that was picked up by Lenin and his Bolsheviks (and too many others) to justify whatever draconian police-state measures they deemed necessary to protect their notion of socialism.

This blind spot about using state power to install socialism from above is common in different ways to the social democratic as well as the communist Left, and it has proved the undoing of the socialist hopes that were so strong in the 19th century. It has been consistently challenged by the advocates of change from below, be they anarchists or other libertarians of the Left. The debate has waxed and waned over the course of the last two centuries, with the ‘practical’ advocates of state power holding the upper hand for most of the time. However, the notion of an alternative from below has never entirely disappeared and, given the eclipse of the Leninist ethos and politics embedded in the communist world, it has become again the principal source of opposition to the tepid reformism of the centre-left tradition.

Few would today disagree that over-reliance on a centralized state played a key role in the undoing of both the politics and economics of orthodox communism. The consequence was an alternative to capitalism that was decidedly unattractive, as it squeezed popular democracy and personal freedom while at the same time failing to deliver on the promise of economic prosperity. A highly centralized planning mechanism undermined any effective feedback from below on which to base decisions as to what and how much to produce.

The result was a combination of shortages and oversupply that became a notorious feature plaguing state communist economies. The system was able to achieve a forced-march industrialization that enabled first the Soviet Union (and, much later, China) to survive in the face of aggression from Hitler’s fascism and other enemies. A certain level of initial equality and security in daily life was eventually undermined by a growth in popular aspirations for a freer life with a wider range of opportunity and economic possibility.

These systems have now been transformed back into a kind of autocratic capitalism where economic growth (spectacular in the Chinese case) has replaced stagnation but at the cost of galloping inequality. The usual, if limited, political freedoms associated with ‘advanced’ capitalism remain atrophied under these new forms of state capitalism. Undoubted advances in the general level of prosperity have not been accompanied by an opening up of the rights to assembly and independent organization that would allow trade unions and social movements to resist exploitation and inequality effectively. The ideological glue that sustains Russia and China is no longer some communist ideal of equality or producer self-rule but instead Great Power nationalism and individual self-enrichment.

The other strain of state socialism that has competed with orthodox communism is that of social democracy. This form of moderate socialism gradually separated itself from the (mostly European) revolutionary movements as it became a significant parliamentary force in the latter part of the 19th century. The divisions on the Left were less about democracy than about the speed and scope of the necessary changes, and about whether tactics should involve direct action by popular movements or be restricted to elected representatives of the working-class movement fighting for reform in parliaments. But gradually the Centre-Left learned that the simplest road to electoral success was to cohabit with the power of capital rather than mount a direct challenge to it. On such major questions as a militarized foreign policy, free trade, the rights of corporations, a significant redistribution of wealth, prioritizing growth over the environment and the overweening power of the national security state – the Centre-Left and the Centre-Right have broadly come to agree.

Today’s centre-left parties vary greatly. Few have gone (at least publicly) as far as Britain’s New Labour in their complete commitment to capitalist modernity. It is fair to say, however, that almost all now present themselves in one way or another as modernizers of capitalism rather than as positing an alternative to it. Their aim is to shave off the rough edges by making the system fairer and better thought-out. They underestimate the power of corporate actors to manipulate and undermine whatever ‘rules-based’ economy they envision; they underestimate the essential irrationality and instability on which this ‘most radical of all social systems’ thrives; and they underestimate the sheer inertia in the very structure of the state – a kind of in-built conservative bias that derails their chosen vehicle of reform. They also ignore the myriad ways in which the state is tied into the capitalist power structure – or else simply accept these as the inevitable price of political realism.

Achieving high government office becomes a question of compromise and careers. It tends to trap the Centre-Left into managing the fundamentally undemocratic structures (including the security apparatus) of government, and this sucks all the oxygen out of any remaining social vision. The state in an advanced capitalist society is hemmed in by the sheer weight of the corporate economy on which it depends for the fundamentals of economic wellbeing: growth, taxes and jobs. This gives the corporate elite serious weight (often presented as a subtle form of blackmail) when it comes to blocking any kind of alternative – or even regulatory tinkering that would threaten corporate power and prerogatives.

Only a radical government with a significant counterweight rooted in society has any hope of facing down such forces. But instead of building this kind of counterweight, the Centre-Left remains trapped in a parliamentary political culture where achieving snail-like incremental reforms is the cause of much self-congratulation. The very things that it criticizes elsewhere in the political culture – hierarchy, short-sightedness, a politics tuned to the news cycle, leadership through personality rather than programme – also shapes its own behaviour. Building the counterweight is then left to the social movements and ecological projects whose vision is not atrophied by this self-defeating form of compromise.