What's on the table at Paris? 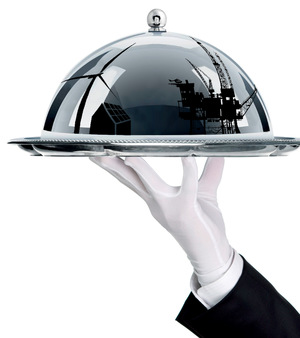 What's on the table?

The world’s governments have set themselves a goal: to stop the planet from warming more than two degrees Celsius above pre-industrial temperatures. However, they have never agreed to sufficient cuts in greenhouse gas emissions to achieve this; and, in any case, two degrees is now widely understood to be a dangerous level of warming. Many Southern movements and small island states are calling for a 1.5-degree target instead.

To avoid the really scary climate outcomes, the Paris talks should be discussing how to leave at least 80 per cent of fossil fuels in the ground. Sadly, no such subject is on the table – instead, the negotiations are relying on ‘intended nationally determined contributions’ (INDCs). These are voluntary, non-binding promises of emissions cuts that governments say they will make from 2020 onwards.

By mid-September, 62 countries had submitted INDCs, including China, the US, Australia, Russia and a joint submission from members of the European Union (EU).1 The inadequate cuts proposed by these big polluters mean that it is now practically impossible for this process to produce a set of global pledges that add up to a safer climate. This process also ignores the crucial concept of historical responsibility. It’s only fair that the countries that have grown rich by pumping fossil-fuel pollution into the atmosphere should make the fastest, deepest cuts; instead, the INDC process simply invites governments to make pledges based on what they ‘think they can achieve’, rather than what would be equitable or effective.

There is also no mechanism requiring rich countries to reduce any emissions before 2020. The only significant global carbon targets anywhere in the documents refer to reaching zero emissions by either 2050 or 2100, with no plan for getting there.

Of all the countries that have submitted INDCs, only Morocco and Ethiopia have so far pledged cuts that would actually meet a two-degree target. As a result, senior EU negotiators are already admitting that the Paris talks will not result in a deal to keep to a temperature rise below three degrees, let alone two or 1.5. This is why some governments are now calling for a mechanism to ‘ratchet up’ the various countries’ targets at future summits. This feeble deferment of responsibility seems to be the best we can hope for.

What's on the table?

In order to shift away from fossil fuels, many Majority World nations need financial support and access to clean energy technology. Equally important – and often sidelined or bundled together – are the issues of adaptation, and loss and damage. A certain amount of climate change is inevitable (and under way), and poorer nations urgently need funds to build up their defences and pay for the damage. This money should come from the richer countries that are overwhelmingly responsible for causing the problem.

So far, richer nations have agreed to ‘mobilize’ $100 billion of ‘climate finance’ per year by 2020. Unfortunately, this is an arbitrary figure not based on any assessment of what is actually needed, and Northern countries have barely managed to drum up 10 per cent of this already-insufficient goal. To make matters worse, the definition of ‘mobilize’ is purposefully broad – to include loans, private finance, grants with strings attached, and the reallocation of aid budgets.

A good outcome would involve larger financial pledges and tougher language that would lead to wealthy nations handing over no-strings, non-refundable cash. It would also include a commitment to a ‘just transition’, where governments spend money to support and re-train workers from the dirty energy industries, and help them to find decent employment elsewhere.

This is the idea of issuing tradable permits for greenhouse gas emissions, so instead of reducing its own emissions a country or business can purchase reductions or ‘offsets’ from elsewhere. This concept was pushed into the UN climate negotiations by the US and others in the 1990s, and since then has taken up a huge amount of money, time and effort; but it has had little effect on emissions.

The world’s flagship carbon market is the EU Emissions Trading Scheme (EU-ETS). Designed by financiers and shaped by fossil fuel lobbyists, the scheme is riddled with loopholes; since its launch in 2005 it has led to no meaningful drop in emissions, but has produced large cash windfalls for polluters, and diverted political time and attention away from more effective solutions.2 Creating a market for carbon reductions also provides an income stream for all kinds of dubious and dangerous schemes, from failed tree plantations to ‘efficient’ coal power stations to geoengineering.

The smallest possible role for carbon markets, to allow space for emissions reduction initiatives to be developed. A number of Southern countries are lining up against carbon trading, and could be successful in stalling its expansion with enough external support.

Since 2005, the concept of ‘Reduced Emissions from Deforestation and Forest Degradation’ (REDD) has been part of the talks. In 2010, REDD was expanded to include better conservation, management and reforestation practices, and acquired the nickname ‘REDD+’.

This all sounds worthwhile, but there are monsters hiding in this particular forest. Because the focus is on ‘reducing emissions’ from deforestation rather than preventing it, replacing a rainforest with a larger monoculture plantation could theoretically count as a successful REDD+ project. There is huge debate over whether REDD should be linked to carbon trading, which would allow polluters to keep pumping out greenhouse gas, but ‘offset’ their climate damage by giving money to forestry projects. Many critics, particularly Indigenous groups, fear that REDD+ will lead to investors and speculators buying up forest land to earn carbon credits, threatening the homes and livelihoods of the people who live there.

Some governments will be pushing to include forestry in more of the world’s carbon markets, and it is vital that they do not succeed. It is a painful irony that the – currently very small – role of carbon trading in REDD+ is taking up all the space for debate on this issue, leaving little time to discuss more effective solutions, such as respecting the land rights of the people who live in forests – particularly Indigenous peoples.

Here’s a phrase that’s a bit of a mouthful, but plays a vital role in the climate talks: ‘Common But Differentiated Responsibility & Respective Capabilities’ (CBDR & RC). It’s the idea that the countries with the greatest responsibility for historic climate change, and which have the most resources available, should take the first and biggest steps towards tackling the problem, and should offer support to the countries with less responsibility and fewer resources. This important principle was won by Southern negotiators in earlier climate meetings, and is now under attack, with some Northern countries pushing for more of the burden of emission cuts and costs to fall on the developing world.

Hopefully, Southern negotiators will get the support they need from both inside and outside the talks to defend this important principle.