It’s clear that we will not achieve gender equality unless we work positively with faith communities, including with men and boys, writes Helen Dennis. 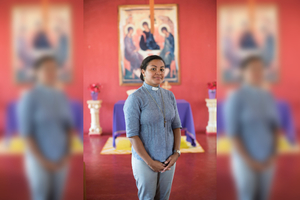 Asked why he called himself a ‘feminist’ and had brought forward a gender equal Cabinet following his election last year, Canadian Prime Minister Justin Trudeau answered rather dryly – ‘because it’s 2015’.

I think that perhaps sums up the feeling of many gender justice activists – we feel somewhat exasperated that women’s rights are still contested, that so little progress has been made since the 1995 Fourth World Conference on Women in Beijing.

As a woman of faith, I feel this frustration immensely. I have always taken from scripture, the notion of liberation and justice. In my own life, it has been the very faith which many see as an obstacle to progress and equality, which inspired me to take up positions of leadership in both church and politics.

I have struggled to relate to readings of scripture which limit women and girls, and which take the cultural norms around gender roles at a given time in history, and universalize them. And I certainly struggle when I hear these interpretations repeated back to me today.

In 2000, a movement called ‘Ecumenical Women’ was founded specifically to combat the increasingly conservative religious presence at the United Nations’ Commission on the Status of Women (CSW) in New York; attended this year, among others, by myself and Justin Trudeau!

RELATED: Worse than fiction: discrimination against women, by Brian Loffler

In my view, Ecumenical Women now provides the most inspiring, energetic and hopeful space during the Summit. At this year’s CSW, we saw an unprecedented presence from faith-based organizations campaigning for gender equality. These included: a ‘Faith and Feminism Working Group’; an official side event supported by UN Women and Christian Aid partner, the World YWCA; and an offering from ‘Side by Side’ – the emerging global movement for gender justice.

With a proliferation of other events exploring the relationship between faith and gender, it does feel like the UN and the wider global community is finally waking up to the power of faith in people’s lives. I am pretty clear that we will not achieve gender equality unless we work positively with faith communities, including with men and boys.

This was emphasized by Ann Kargbo, from a Christian Aid partner Rehabilitation & Development Agency (RADA) in Sierra Leone. Ann, who has been working on topics such as gender-based violence and women’s economic empowerment in northern Sierra Leone, understands that power relations need to be tackled at the household level.

This is why RADA have started to work with an inter-faith network of leaders to dispel the myth that domestic violence is a ‘private matter’. It is also running a project on ‘gender model families’, a type of mentoring that supports families who want to live differently and challenge traditional gender roles.

Yet, too often the development sector has shied away from supporting this kind of work. However, there has to be a way of supporting the positive work of churches and faith groups without writing us all off as patriarchal misogynists.

If we take the example of Brazil, we can see a context where many churches have aligned themselves with conservative political forces seeking to roll back women’s rights. But in the midst of this, there are incredible faith leaders there such as the Rev Elineide Ferreira de Oliveira, a 30-year-old Anglican priest who runs the only church-run safe-house in Brazil. The refuge in the Amazon, supported by Christian Aid, offers sanctuary for women and their children fleeing domestic violence, and who need our backing and support.

Indeed, at a CSW event organized by Side by Side, we were encouraged to seek out those within our faith communities who are ‘thinking differently’ and who are often on the margins. ‘These people,’ one panellist said, ‘will be the change-makers’. I couldn’t agree more!

Are US politicians serious about tackling corruption?