Escaping the pressures of modern life in Japan. By Tina Burrett and Christopher Simons. 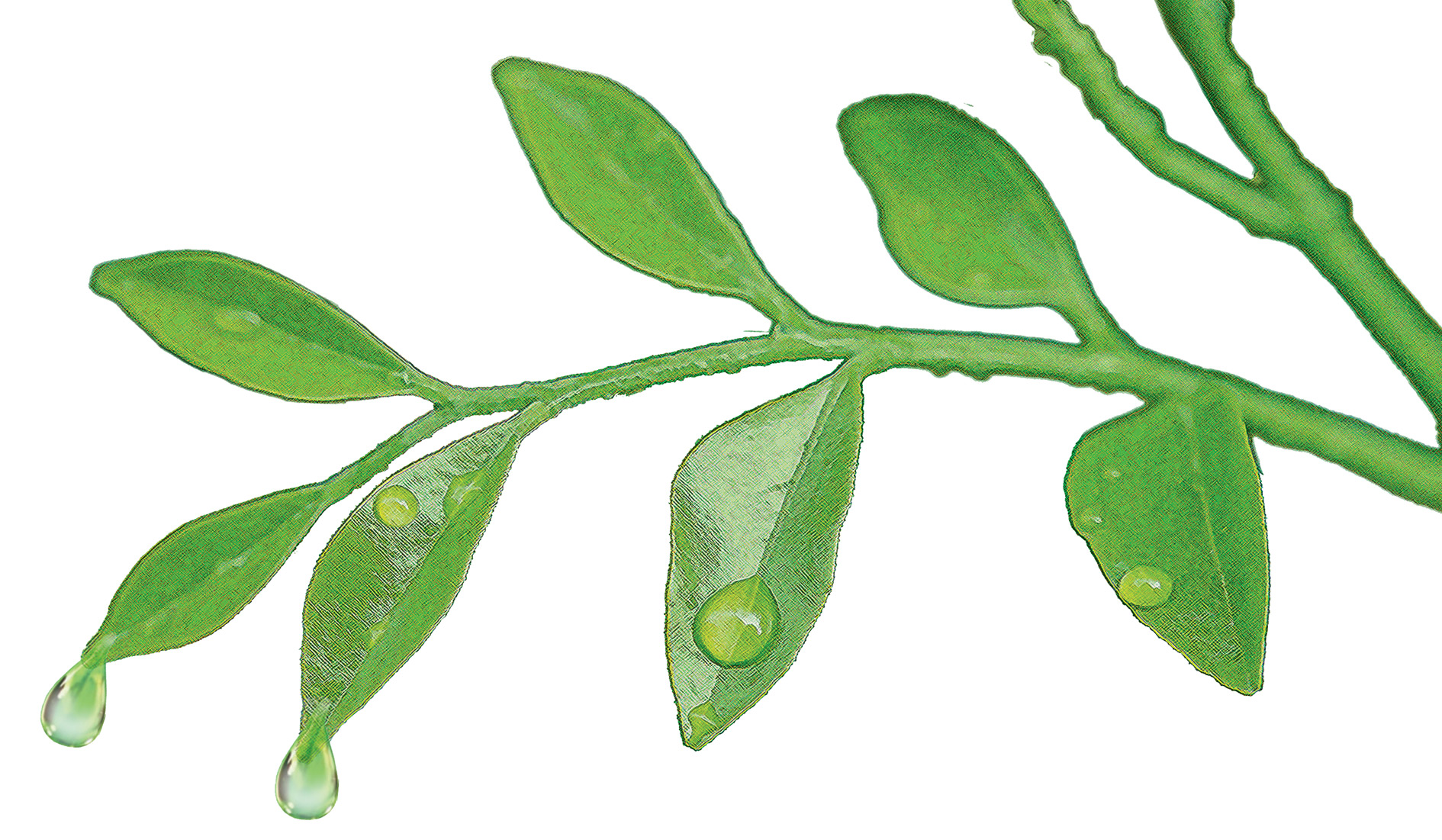 The neon lights, packed streets and urban sprawl of downtown Tokyo are one take on modern Japan. But there is a quieter, less hectic side beyond the country’s seething cities. More than 70 per cent of Japan is mountainous, and two-thirds of the land is forested. So it is little wonder that Japan’s rivers, mountains and forests play a central role in its spiritual and cultural life.

Shinto, the ancient ethnic religion of Japan, contains important elements of nature worship. Natural elements in the landscape – waterfalls, mountains and rivers – as well as earthquakes and storms are thought to embody spirits, or kami. Japanese mythology also includes tree spirits like the dryads of Greek mythology, known as kodama.

A century before poets such as Wordsworth and Coleridge sought spiritual and social regeneration through nature, Matsuo Basho, Japan’s most celebrated haiku poet, renounced urban life. Basho journeyed out of Edo (modern Tokyo) and immersed himself in the Japanese wilderness. His close observations of trees and forests in all seasons – from the aoba wakaba (green, young leaves of summer) to a crow on a bare branch in akinokure (late autumn) – provide enduring reminders of the fundamental connections between life, art and our nature.

Today, forest and mountain walking remain popular pastimes. Every year, thousands of Japanese urbanites reconnect with nature through pilgrimages to the 88 temples of rural Shikoku, the smallest of Japan’s major islands, or along the ancient forest routes of Kumano, which stretch across the Kii Peninsula south of Osaka. The popularity of Hayao Miyazaki’s animated film Princess Mononoke (1997) has encouraged a younger generation of forest walkers to visit the Mononoke Hime no Mori (Princess Mononoke Forest) on the lush, subtropical island of Yakushima.

Writers, artists and musicians have long argued that communing with nature refreshes the human spirit

But the Japanese practice of ‘forest bathing’, or shinrin yoku, brings a walk in the woods to a new level of intensity. Forest bathing doesn’t require a swim suit. It’s about submerging yourself in the sights, sounds and smells of the woods.

A 2004 study from the Nippon Medical School suggests what many of us know intuitively: time spent in a forest lowers stress and promotes improved physical and mental health.

Based on these findings, some municipal governments in Japan are promoting certain sites as designated forest therapy bases.

‘Experience shows that the scents of trees, the sounds of brooks and the feel of sunshine through forest leaves can have a calming effect,’ says Yoshifumi Miyazaki, director of the Centre for Environment Health and Field Sciences at Chiba University.1 Participants are encouraged to immerse fully in the landscape, stimulating all five of their senses by experiencing the sound of wind, the heat of the sun, the colour of the leaves, the feel of the bark and the smell of the trees.

Working life in Tokyo, the world’s largest metropolis, is notoriously stressful. Six-day work weeks are the norm, and although company employees receive paid vacation, workplace pressure makes some people afraid to take time off. Even schoolchildren put in long hours, with many attending juku (cram schools) after regular school hours. 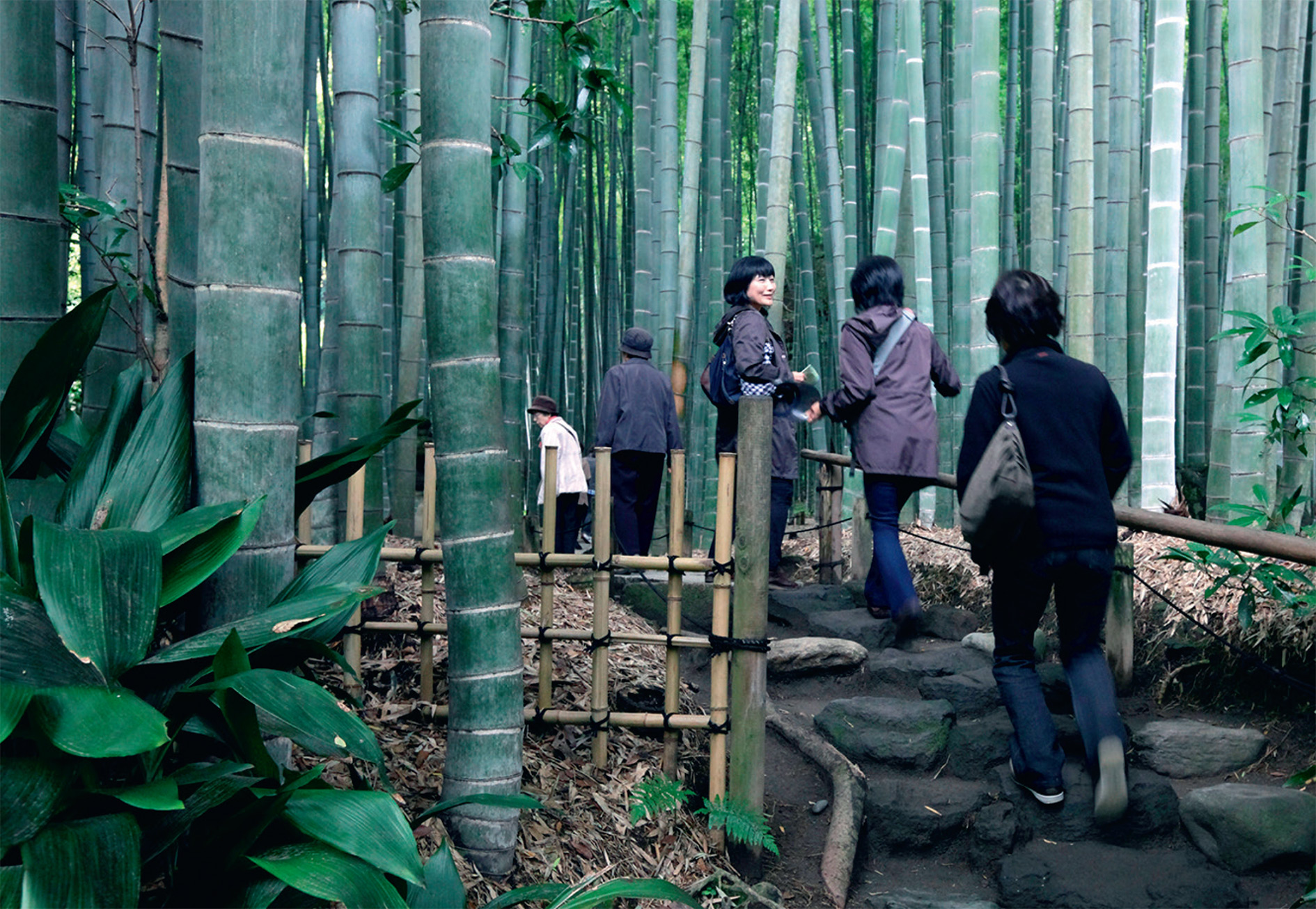 According to the Organisation for Economic Co-operation and Development (OECD), 22 per cent of Japanese employees work 50 or more hours a week, compared to 11 per cent in the US and 8 per cent in France.2 Unpaid overtime has become such a severe problem that it is now associated with a host of physical and mental illnesses. The Japanese language even has a word for it: karoshi, meaning ‘death by overwork’. In 2013 alone, 133 people died from work-related causes including strokes, heart attacks and suicide.3

For many people, forest bathing offers a soothing remedy to the daily grind.

Writers, artists and musicians have long argued that communing with nature refreshes the human spirit – what Wordsworth called a ‘never-failing principle of joy’; the 20th century gave these ideas scientific footing. The theory that human fascination with other living things influences our mental development stretches back to EO Wilson’s 1984 book, Biophilia.4

But the future of the immersive forest experience is under threat in modern Japan. Decades of government spending on public works aimed at reviving rural economies have seen large chunks of forest felled to make way for roads, dams and other infrastructure projects. In 2014, the government earmarked $52 billion for public works spending. Since Japan’s economy collapsed in the early 1990s, the state has pumped trillions of dollars into these ‘concrete white elephants’. Critics say stimulus money would be better spent encouraging rural tourism. Such a shift could both boost the economy and improve the health of the country’s weary workforce. Time in the woods might be just what the doctor ordered.