When petitions and protests aren’t enough: what next?

Andrea Needham, who 20 years ago was arrested for disarming weapons bound for Indonesia, argues for bold action for peace and justice. 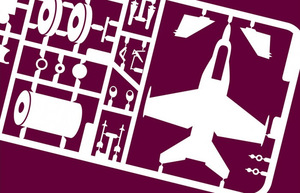 What do you do when your government is selling weapons to a brutal regime? Weapons which are then used to attack civilians in a nearby country, killing thousands? When you’ve written letters and signed petitions and marched and rallied and protested in every way you can think of? When the government and the weapons company have fobbed you off, telling you they have ‘assurances’ that the weapons will not be used against civilians and that the sales are important for British jobs?  What do you do? You disarm the weapons yourself: what else can you do?

This was the situation we faced 20 years ago, when the Conservative government was allowing – no, encouraging – the sale of British Aerospace Hawk warplanes to Indonesia, then engaged in a genocidal occupation of the tiny country of Timor Leste. The message was that British jobs were more important than foreign lives. We should just accept that it’s way of the world, and move on. Nothing to see here, folks.

But I couldn’t move on. These were British weapons, causing unimaginable suffering in a country which had already experienced years of murderous occupation. By selling weapons to Indonesia, the British government was condoning the 1975 invasion of Timor Leste, the occupation, the murders, the rapes, the mass displacements, the starvation – the deaths of some 200,000 people, one third of the population. I couldn’t shut my eyes to this: my government, my responsibility to act.

So on a freezing January night in 1996, two friends and I crept towards the British Aerospace site in Lancashire where the Indonesian planes were being assembled. As part of a group of 10 women, we had spent a year preparing to disarm the planes – researching where the planes were kept, learning more about Timor Leste, making a detailed plan and, above all, dealing with our fears – fear of being hurt, of being in prison, of being away from our families, of being misunderstood. But now was the time to set those fears aside, and to act boldly for justice.

We broke into the factory, disarmed the Indonesian Hawk with hammers, and then waited to be found and to claim responsibility for what we had done. We were arrested and charged with some £2 million ($2.6 million) of damage. A week later, another friend was arrested for conspiracy. The four of us were refused bail and spent six months in prison on remand. At trial in Liverpool later that year, we argued that we should be found not guilty as we had been acting to prevent crime – that of murder in Timor Leste – as is allowed in English law. We were acquitted on all charges and made headline news, with some newspapers supportive and others demanding an enquiry into how the jury could have been ‘allowed’ to acquit us. It was a landmark victory for the peace and justice movement and shone the spotlight on our government’s unsavoury relationship with the Indonesian dictatorship.

Twenty years on, a different (but not so different) Conservative government is promoting the sales of weapons to Saudi Arabia, for use in their war on Yemen. According to the UN, over 3,000 civilians have been killed, but Prime Minister David Cameron insists that the sales of weapons he has described as ‘brilliant things’ must continue in order ‘to safeguard jobs and skills and investment by making sure we can sell these things around the world’. It’s exactly the same argument as with the Hawks: jobs matter more than lives. Maybe it’s time for another disarmament action.

Looking back now, I believe that what we did contributed in some tiny way to the ultimate goal of independence for Timor Leste – a goal which was finally achieved in 2002, although not before a lot more bloodshed. Ultimately, the continued resistance from the Timorese, together with extensive international solidarity – of which our action was just one tiny part – was too much for the Indonesian government. The game was no longer worth the candle.

I think our action, although 20 years ago, has really important lessons for progressive movements today. Given the scale of the threat, a similar action based on climate change – for instance, destroying fracking or coalmining equipment – could well lead to an acquittal like ours. As we found out, a jury who on the first day of the trial had almost certainly never even heard of Timor Leste were able to reach the right decision when they were given all the information. Now, more than ever before, we need to take bold action for peace and justice.

For more information and to buy the book: https://thehammerblowblog.wordpress.com/