‘We need to be on the right side of history’

Unions can play a vital role in the battle for climate justice, says Anabella Rosenberg, Policy Officer for Health and Environment at the International Trade Union Confederation (ITUC). Here she talks about growing awareness in the global labour movement and the challenges ahead. 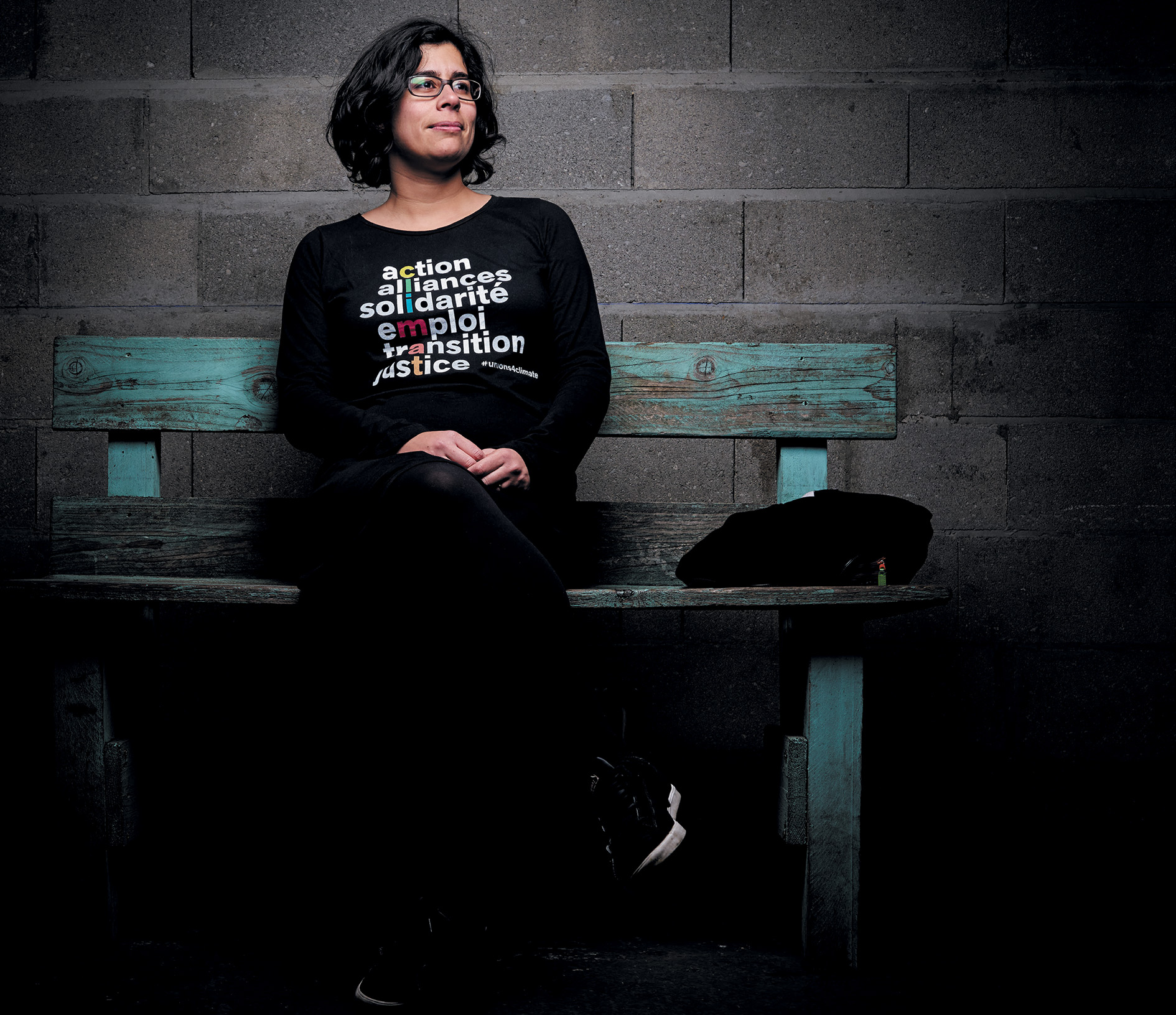 The climate discussion in the union movement has not been easy. We have so many more immediate struggles, from austerity crises to trade unionists being murdered. But about 10 years ago, in the ITUC Congress, we started bringing unions from the Global South to engage on climate with unions from industrialized countries. Those Southern unions described how everything they were fighting for – social protection, health, education – was being undermined by the terrible public costs of climate disasters. This put the discussion on climate in a different perspective. It wasn’t about the union movement ‘going green’, it was a basic issue of international solidarity.

Meanwhile, many root causes of climate change – greed from an unregulated corporate sector, politicians responding to lobbyists rather than citizens, energy privatization – are strongly linked to other social-inequality issues that we are struggling against. So it made sense to bring this issue into our agenda.

A third, more pragmatic reason: this is a discussion about the transformation of key industries such as energy and forestry. If we aren’t part of that discussion, we cannot expect the needs of workers to be taken into account. There’s a slogan: ‘If you’re not at the table, you’re on the menu.’

From Copenhagen to Paris: the union movement raises its voice

The Copenhagen climate talks in 2009 saw the mass international involvement of unions on climate issues for the first time. So – unlike for much of the climate movement, for whom Copenhagen was a low point – for us, those talks marked a beginning. We had a very typical union response: sometimes you lose, sometimes you win, but you keep fighting.

Southern unions described how everything they were fighting for – social protection, health, education – was being undermined by the terrible public costs of climate disasters

We went to the 2015 Paris climate talks with three key things that we wanted in the deal. One was ambition, because the impact on the majority of workers on the planet is going to be huge if we go beyond two degrees [Celsius of global warming]. The second priority was finance, with the industrialized nations providing funds for energy transition, adaptation and the cost of climate damage in the South. The third was seeing a ‘just transition’ commitment in the Paris agreement.

The Paris deal is clearly insufficient. Politicians have committed to 1.5 degrees but not to any concrete measures to make it happen. On climate finance, the Paris agreement does not contain any figures or targets. On just transition, at least there is recognition, for the first time, of the connection between environmental justice and the need to secure workers’ livelihoods, although only in the preamble, not the main text.

Breaking free from ‘jobs versus climate’

In general, the union movement acknowledges the urgency of the climate issue and salutes the courage of the activists who took part in the May 2016 ‘Break Free’ direct actions at fossil-fuel sites. However, there are also sensitivities. Many of the workers at the sites that were targeted don’t have a choice but to work in that sector; the alternatives aren’t yet there.

Companies and workers are not the same; they don’t have the same interests. If we treat them as if they are, then we are pushing them together and strengthening the companies’ position.

Actions like Break Free have a theoretical commitment to the idea of just transition, but there has not yet been real engagement with workers or unions on most of the occupied sites. No-one came and asked, ‘What do you, the fossil-fuel workers, want as an alternative for you and your communities?’ But that’s a matter of tactics; it’s normal for these kinds of actions, and it does not mean it will not happen later.

We are not expecting a massive global mobilization from unions on climate, but we’re seeing local unions taking action, for example in Canada, as part of the climate justice movement, or in Argentina against fracking. In the Philippines, after Typhoon Haiyan, we saw a huge mobilization by trade unions around climate justice and they have participated in actions, including Break Free. In Tunisia, unions are part of the movement asking for environmental justice issues to be enshrined in the constitution.

This doesn’t mean that the whole labour movement is in consensus – there are other unions, generally those that depend on short-term jobs such as construction, which may support fracking or mining if no alternative job proposals are put forward.

Because of the lack of preparation by governments for the transition to clean energy, I think we will see, sadly, an increase in conflict between environmentalists and unions. Not because our objectives are not aligned, but because there is a huge political gap in the commitment made by governments to workers, and, instead of addressing that, they are letting us fight with each other.

A good way to build dialogue is to find common ground on other issues. For example, Greenpeace US is working on electoral reform with unions, NGOs, faith groups and many others. In Europe and Latin America, unions are working with environmental groups to challenge free-trade deals. These kinds of campaigns create a space to build trust, and make it easier then to discuss difficult topics like the climate transition because you are talking to partners, not adversaries.

The landscape is moving, and on climate justice we need to be on the right side of history. In the end, it’s a question of our credibility into the future. Some unions aren’t yet on the right side for understandable reasons, such as fear, or the lack of preparation by governments, or terrible labour rights situations that prevent them from engaging. For others, it’s just self-interest. It’s basically a lack of wisdom and a lack of awareness of where our societies are going.

My hope is that the general trend in the labour movement is going strongly in the right direction. There are a lot of contradictions and difficulties – internal and external – that come with that. But I think the trend is there.

What is ‘just transition’?

Josua Mata, Secretary General of the SENTRO labour organization in the Philippines, explains.

A just transition means tackling climate change in a way that respects workers. For example, if you shut down a power plant, what are you going to do with the people who worked there? Throw them out on the streets? Expect them to flip burgers? They need to retrain, to have new jobs to feed their families.

In that situation, a just transition would mean the government committing to pay them until they can find a new job. Corporations will never do that! But the state has the power to do it, by taxing corporations.

It’s the same with climate jobs. If we want to transition the whole Philippines into renewables or retrofit all the houses in London, it’s only the state that can mobilize the resources. You need public funding for this.

Trade Unions - The Facts
Taking matters into their own hands