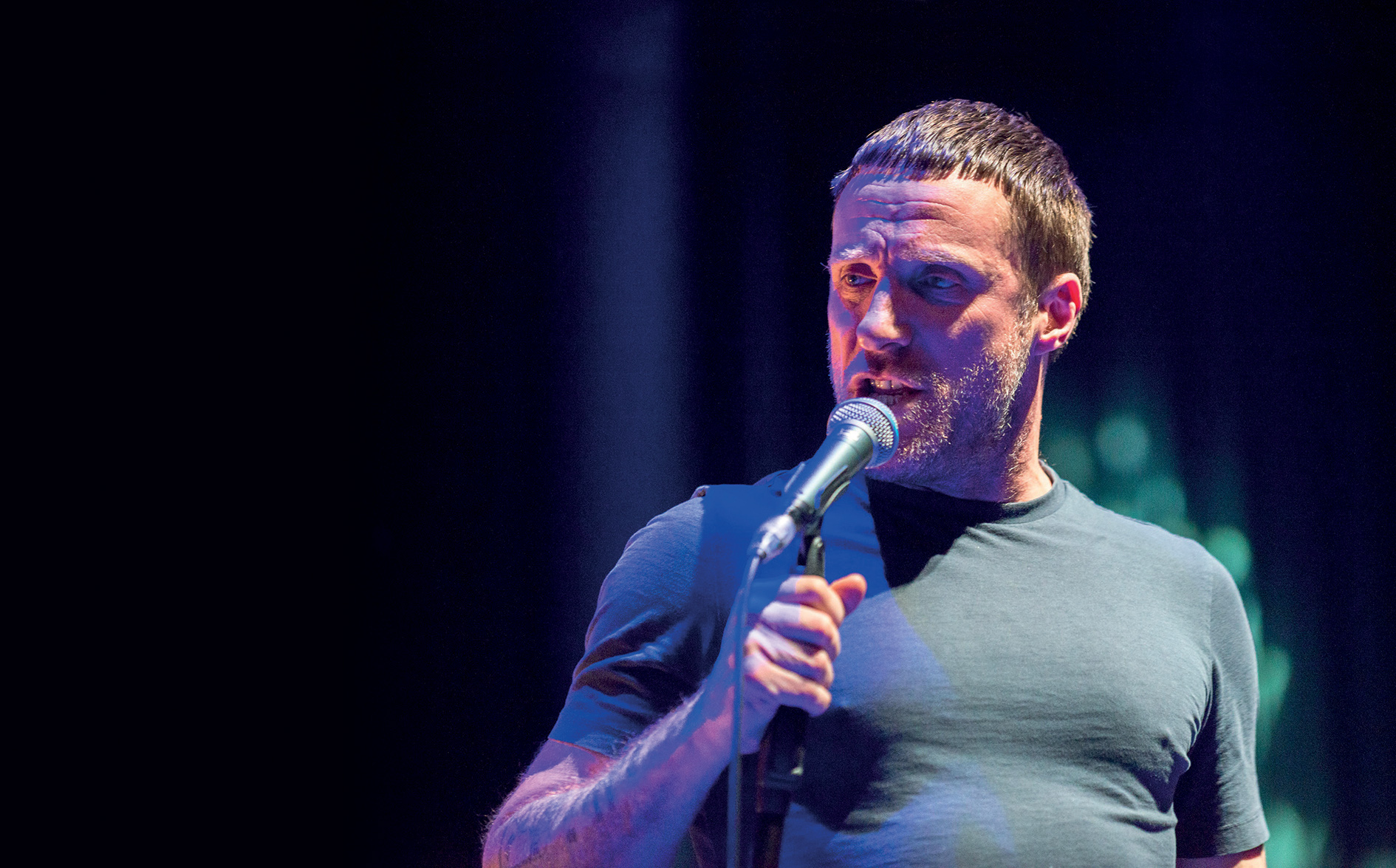 Why all the shouting? Are you really hiding an angelic singing voice?

I’ve always been able to sing really well, but it never did me any favours and I found my own voice doing what I do with the rants.

I’ve since been working on trying to sing, though not the ‘Can I borrow a fucking emotion?’ kind, as my wife would call it. I’ve been trying to incorporate the singing. You get bored doing the same thing all the time.

The stream of consciousness is a myth, really. You could say I write like that: I get into a flow and put random words next to other random words. But I go back, shape and edit all the time.

What can people expect from your new album? How is it different?

It’s more song-y. There’s a bit more colour to it, in the sense of a traditional song. Before, they have always been ranty or almost anti-singing when it came to the song structure.

You have said in the past that you are reluctant to be seen as a political band or a spokesperson for a cause. Have you become more political as the band has gone on?

By nature, we probably are a political band, and I can’t keep denying that. But we don’t have a mandate. I certainly don’t follow anybody any more [Jason was suspended from the Labour Party over an offensive Tweet about MP Dan Jarvis]. It’s more about our observations, a take on what you see around you.

I also worked on the Lost Dog film [about disability and benefit cuts] which I got into through a friend of mine, Andrew Tiernan, who was directing it. His idea was to do a film that centres on an individual who has suffered because of the Conservative Party cuts. I also agreed to do some campaigning with him to bring the message home. I don’t see any harm in that.

I’ve not got a lot of faith in the system: politics under the capitalist system, politics full stop. But then again I haven’t really got any real interest in anything else.

A lot of people are suffering when they don’t have to, and if it means dragging in a political party who could perhaps sort that out, I’m all for it.

You have been touring the UK at a time of Brexit and the Conservatives governing against a weak Labour Party. Do you see any signs of hope anywhere?

People are starting to get a bit more angry and stand up on their own feet. They’re forming groups, forming alliances. People are talking, so that is hopeful. But apart from that, no. It’s quite a bleak landscape.

Europe and the US have both swung to the Right. What are your thoughts on that?

The Austrian elections in 2016 were quite promising. It looked like the Far Right were going to get into power. The media coverage said they were a strong force. But they didn’t get in, which is good.

Regarding anywhere else, it’s pretty bad. At least, it looked for a while like [Britain’s Foreign Secretary] Boris Johnson might be losing his job. He needs to fuck off, really – maybe via a mincer.

Graeme Green is a journalist and photographer for The Guardian, The Sunday Times, Wanderlust, National Geographic and more. @greengraeme