A profile of Afghan campaigner for women’s education and rights Jamila Afghani, who started by persuading the imams. Beena Nadeem talks to the unassuming trailblazer 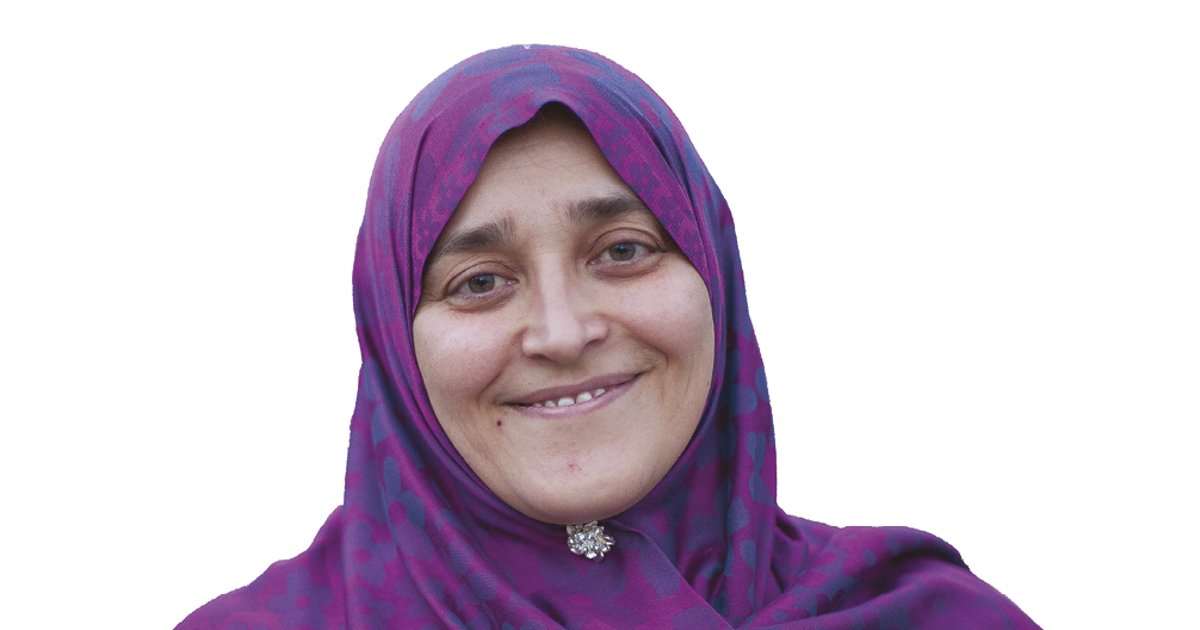 ‘Every single day, me and my family get death threats. It’s been worse in the past five years,’ says the softly spoken Jamila Afghani, as a smile spreads a gentle crescent across her face. ‘I fear that we might be attacked and I may not see tomorrow to finish my work.’

For the past two decades, Afghani has fought for women’s rights in one of the most unforgivingly oppressive countries in the world: Afghanistan. She’s managed to bring a sea of change in women’s literacy – the key, she says, to enlightenment, dignity and self-sustainability.

Since 2001 she has set up a network of schools under her foundation, Noor, a word translating as ‘light’, where 60,000 women have learned to read and write along with other skills.

More surprising is how she’s gone about it: by getting on side those very imams who were perpetuating messages of female subjugation. She now works with a network of more than 6,000 imams in 22 provinces, all of whom encourage men to bring their wives and daughters to the centres.

The path to educating women in Afghanistan is fraught with obstacles. Though it’s been 16 years since the fall of the Taliban, when women were publically flogged for leaving the house and girls were banned from schools, old attitudes remain entrenched.

‘Women in Afghanistan face domestic violence every day,’ she says. ‘They are not allowed to do any social activities and remain prisoners. Over the past 40 years, as this country passed through wars, those problems have only worsened.’

The turning point for Afghani came in the 1990s during the Afghan-Soviet war, where she escaped to Peshawar in Pakistan, eventually studying at university. Here she saw a woman beg for one rupee (less than a single US cent) in exchange for a kiss. It opened her eyes to the extent of deprivation in the refugee camps. She realized that empowering these women with skills such as sewing and tailoring, and eventually literacy, could ensure a life with dignity. She also taught herself Arabic – which opened her eyes to what the Qur’an really says about learning.

‘I found out that Islam is totally different from what my family was saying; what my environment was teaching me… It tells people to go and find knowledge,’ she says.

Back in Afghanistan, she set up a centre in war-ravaged Ghazni. ‘Even my own cousins, neighbours and the imam, all of whom knew me, were against me and my work. I was challenging the status quo and I had to fight,’ she says. ‘I decided to convince the imam rather than talking to each person individually.’

She invited him to the centre, though he was too embarrassed to meet a woman. ‘I told him, “If you can find a single verse from the Qur’an that says education is bad, then I’ll stop right now and hand over the key of this centre to you”.’

Working slowly and ‘respectfully’, Afghani eventually captured his ear. Astonished by Afghani’s knowledge of Islam, he began encouraging men to let their wives and daughters attend the centre.

‘The imam talked in favour of us. My cousins stopped harassing me and even sent their daughters to my centre. Today we have 36 women’s community-based centres in Ghazni alone,’ she says. Meanwhile, 20 per cent of mosques in Kabul now have a dedicated prayer room for women.

With the support of other female Muslim scholars, Afghani developed what she calls ‘gender sensitivity training’ for imams. Its delivery involved some guile: by telling the imams that she needed their input on a manual they were putting together about women’s rights in Islam, she gave them ownership of the ideas.

‘This is how the discussions began, and suddenly the training was in full swing,’ she giggles. ‘Sometimes women are very clever; more so than men.’

But danger is never far from her work. Recently, two of the imams who have co-operated with her were murdered. Despite this, she continues. ‘When you educate a woman, you educate their entire family. Their learnings are shared. That’s the key to an enlightened society.’

Beena Nadeem is a London-based journalist and investigative writer, who covers social policy, travel and women’s issues amongst other things. beenanadeem.com