Putting the 'I' in ecocide

22 April is Earth Day. Should punishment be made to those personally responsible for destroying our planet?

﻿If Polly Higgins, ex-barrister and passionate environmental campaigner, gets her way, the crime of ecocide could soon be a reality. In April 2010 she proposed a new ecocide law to the UN. Higgins defines ecocide as ‘the massive environmental destruction that is harming people and our planet’ and believes that the only way to stop the devastation is to make CEOs and heads of state personally responsible for it in law.

Michael Mansfield QC, the leading human rights lawyer who acted for the prosecution in the mock trial, is adamant that individual liability is key: ‘The object of the Ecocide Act is not just aimed at companies,’ he says. ‘It is aimed at individuals. Individual responsibility is the only way there will be any change.’ 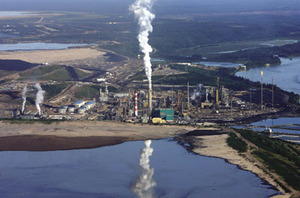 While convincing profit-hungry CEOs to abandon environmentally destructive projects may seem like a pipedream, Higgins has outlined the steps to make it happen. First, raise global awareness of the campaign in the build-up to June’s Rio+20 Earth Summit: ‘a moment in history when world leaders can demonstrate their commitment to the Earth,’ according to Higgins. Next, convince the UN: just two-thirds of its 197 heads of state need to be persuaded in order to make ecocide an international crime against peace. And finally, ensure the new legislation is acted on – a CEO who faces prison if caught flouting the law will likely make very different decisions about the company’s direction, regardless of shareholder pressure.

Still not convinced? Higgins points out that history demonstrates what remarkable things can be achieved if people stand up and demand that their leaders do the right thing: ‘The moral imperative trumps the economic imperative each time – the abolition of slavery, the civil rights movement, the end of apartheid. Each time we did something truly epic. This time our legacy is to unite people and planet as one.’ 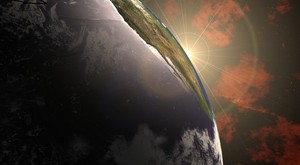 Brooks Elliott under a CC Licence

‘I was the fall guy’: Julian Assange in his own words
Kimberley Process 'whitewashes' blood diamonds