Aoife Allen describes how The Kimberley Process Certification Scheme is not doing enough to clean up the gems trade.

When campaigners exposed the role of ‘blood diamonds’ in the Angolan and West African civil wars, images of gun-toting child soldiers were splashed across the world’s press. Following intense negotiations, the Kimberley Process Certification Scheme (KP) was launched in 2003 to clean up the trade in rough gems.

Despite being an unlikely coalition of justice-seekers, governments and the secretive diamond industry, the Process had some early successes. But it was plunged into crisis late last year when co-founding campaign group Global Witness walked out. 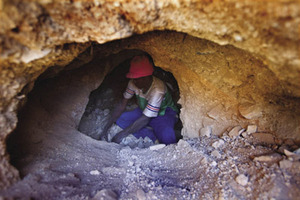 ‘The Kimberley Process perpetuates a myth that the only problem with diamonds internationally was rebel wars of the kind fought in Sierra Leone, and that the problem has been effectively dealt with,’ says Mike Davis of Global Witness. He believes that there are serious links between the diamond trade today and state violence, but that rather than tackling the problem, the Process is ‘whitewashing’ it.

Global Witness left the scheme following a decision to allow Zimbabwe to resume exports of gems mined in the Marange diamond fields after a two-year suspension. Zimbabwean troops have controlled the fields since 2008, when hundreds of miners were killed in the takeover, and reports continue of human rights abuses and smuggling.

Meanwhile, the application of Panama – a non-producing country – for KP membership suggests that diamonds are being smuggled there from neighbouring Venezuela.

‘Usually when we get applications from countries that are not diamond producing it’s because they are conduits for trafficking and they want to legitimize the illegitimate,’ explains Alan Martin of Partnership Africa Canada (PAC), a member of the KP. ‘Venezuelan diamonds have been entering the legal market and making a mockery of the KP and the system of warranties upon which the industry relies.’

Martin and his colleagues will stay in the Process provided reform, led by the US as Chair for 2012, is forthcoming. But he says that campaigners will not be a ‘fig leaf’ to industry or to governments that want to hold up the Process as proof that diamonds are conflict-free.

They are pushing for a broader definition of conflict diamonds, and for cut and polished gems to be drawn into the certification scheme. And they are urging shoppers to quiz retailers on the origins of gems.

Industry representative Eli Izhakoff takes a different view. ‘I think that people can feel very safe about buying diamonds,’ he says. ‘They are buying with the permission and approval of 75 countries and I don’t think that you can get a better deal than that.’

He says that the industry is open to reform and hopes that Global Witness will be convinced to return, so that ‘the family will be complete again’. Whether the Kimberley Process was ever a harmonious family is questionable. And, unless real reform is pushed through in 2012, it might not make it to its 10th anniversary.