Mary Namakando digs out facts and ratings on one of Southern Africa's most politically stable countries and probes President Sata's grapple with corruption. 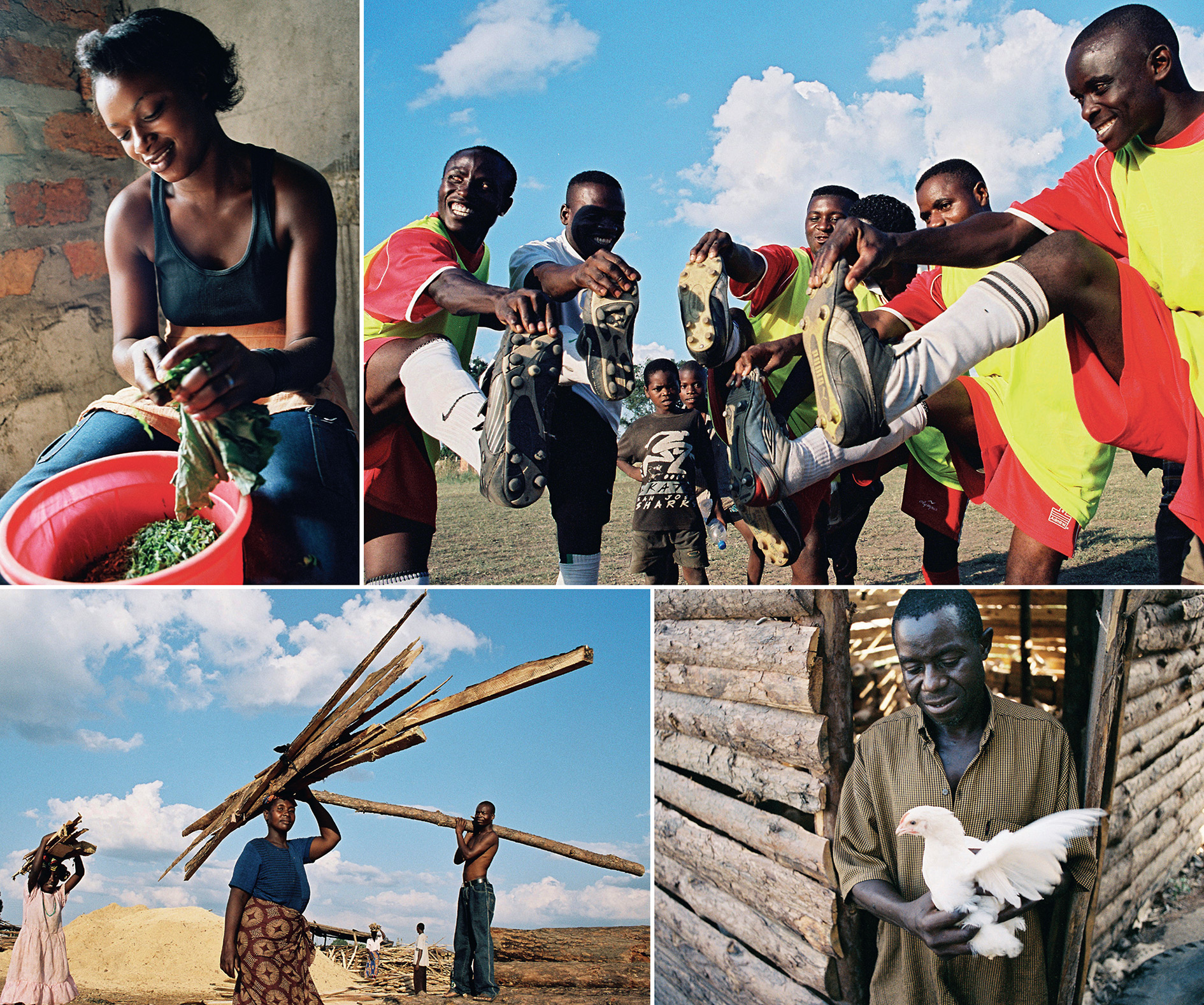 Barely four months after he had resoundingly won the election in September 2011, an early-morning rumour did the rounds alleging that President Michael Sata had been assassinated. Wikipedia duly published his obituary. The false rumour spread far and wide, prompting a government search for the treasonable individual who had propagated it.

The rumour brought to the forefront an ongoing debate about who would succeed President Sata in the event of his demise. Opposition parties – the Movement for Multiparty Democracy (MMD) in particular – cast aspersions on the idea of Vice- President Guy Scott stepping up, even temporarily. The root of their concern was that Scott is white, though the MMD ostensibly based its argument on Article 34 of the constitution. This was enacted in 1996 specifically to prevent the country’s first leader Kenneth Kaunda from standing for President – it stipulates that the parents of elected presidents should be Zambian by birth or descent, which technically rules out anyone whose parents were born before Zambian independence in 1964.

The furore has been viewed by President Sata’s Patriotic Front (PF) party as an attempt to draw attention away from its zerotolerance stand against corruption, which has won it many internal enemies. The government recently reversed the sale of the country’s largest telecommunication provider, Zamtel, taking back a 75-per-cent shareholding that had been sold under suspicious circumstances to Libya’s Lap Green Network – corruption was suspected, but overturning the deal has provoked a legal challenge that could cost the taxpayer millions.

Sata’s apparent principled stance on corruption is weakened by the fact that his new cabinet is filled with members of his own Bemba ethnic group. This ethnic bias will intensify scrutiny of his performance on one of his main campaign promises – to honour the Barotse Agreement. This was drawn up at the time of Zambia’s independence from British rule in 1964 and made Barotseland (now Western Province) an integral part of the country. All Zambian governments since have failed to fulfil the terms of this Agreement and the province remains the most underdeveloped and most impoverished region of the country. Protests in the province in 2011 were violently suppressed by the police under the former MMD government, and Sata rode to power partly on the tide of opposition there, holding mammoth rallies in which he told locals that he was there ‘to mourn with them’. Now that he has power, however, rather than fulfilling his campaign promise, he is calling for a national ‘debate’ on the Agreement.

Zambia is still one of the most politically stable countries in Southern Africa, and its economy has benefited in recent years from the high international price of its all-important commodity, copper. But appalling levels of HIV and AIDS continue to cripple the country and rural poverty persists. These issues require urgent attention rather than the empty campaign promises which have been the order of the day since the country became a multiparty democracy in 1991, following decades of one-party rule under Kaunda.

Maybe Zambia’s victory in football’s Africa Cup of Nations for the first time ever in February will prove to have been a turning-point for Sata and his government. This was a doubly emotional moment – not only were they underdogs who overcame the overwhelming favourites, but they were also effectively consecrating the memory of the national team wiped out in a plane crash in 1993. Certainly, Sata made all he could of the event, mending political fences by flying former Presidents Kaunda and Banda to the final against Côte d’Ivoire. It was a well-played trump card, but after the football euphoria passes the government will still have to face up to the reality of its unpopular policies. 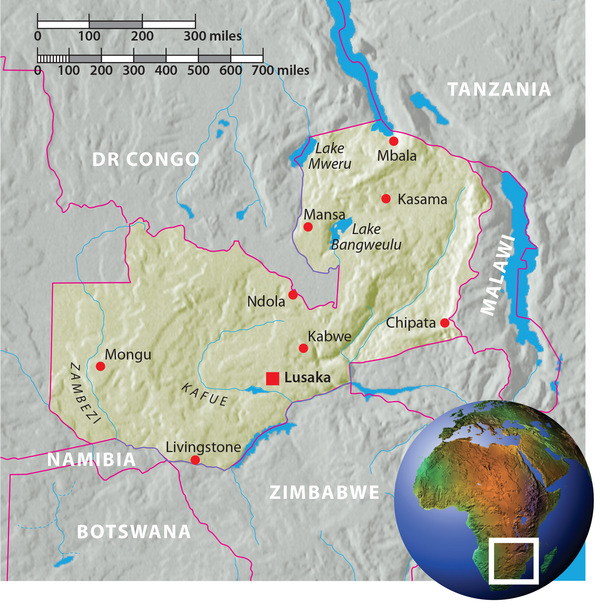 Income Distribution
An estimated 64% are below the poverty line and wealth from
copper mining is not benefiting the
majority, especially in rural areas.
2002
Life Expectancy
48 years (Angola 51, UK 80). Only
seven of the world’s countries have
lower life expectancy. AIDS is largely
responsible.
2002
Literacy
71%. Free basic education was
introduced in 2002 but many
families still cannot afford the cost
of transport and uniforms. Primary
attendance is around 80% and
secondary attendance around 36%.
2002
Position Of Women
Women are still inadequately
represented and unfairly treated,
despite contributing over 60% of
total agricultural output. Pressure
from lobby groups forced Sata to
include four women in his cabinet,
however.
2002
Freedom
Since multiparty democracy was
legalized in 1990, the country
has enjoyed the cut and thrust
of political debate, with scores
of political parties and a vibrant
independent press.
2002
Sexual Minorities
Male homosexuality is illegal
and punishable by 14 years’
imprisonment.
Politics
brusqueness and venomous
tongue, President Sata does
deserve a chance to prove
himself. But he has not made an
auspicious start – even the urban
street vendors who voted for him
en masse are now calling him all
kinds of names and threatening
that he will be Zambia’s first ever
one-term President. He will now
be hoping for a football-spawned
honeymoon.
2002