Graeme Green talks to author and activist Naomi Klein about why global warming is a political issue. 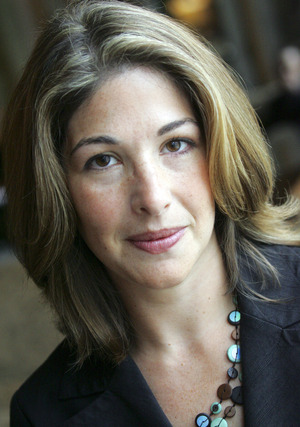 GG: How much has the level of change needed to tackle climate change been downplayed?

NK: This crisis fell in our lap at the worst possible historical moment: the end of the 1980s. James Hansen [the climate scientist who helped raise awareness of global warming] testified before Congress in 1988, right? The next year, the Berlin Wall falls. This is catastrophically bad timing. We’ve essentially had a very neoliberal climate movement that is a product of its time. One of the ways people are already responding to my book, even before reading it, is ‘Oh, she’s politicizing this issue which has to be apolitical’. To me, that reflects how blind so many within the mainstream climate discussion are to the fact that they themselves are fully immersed within the confines of neoliberalism; so much so that they don’t see how political it is to have favoured market mechanisms over regulation, for instance. That’s a highly political decision. It’s a fantasy that you could fundamentally shift the building blocks of your economy without engaging with politics. The ‘minor tweaks’ route that we’ve been on, from light bulbs to putting less water in the kettle to carbon trading and offsets, is a reflection once again of the strength of neoliberal orthodoxy. We live within a culture that has indoctrinated us into the idea that there is no alternative. The idea of changing capitalism is so unfathomable to anyone who came of age post-1980s that it’s almost unthinkable.

What happens if we do nothing?

There’s a broad consensus that if we stay on the path we’re on, we’re on a four-to-six degree [Celsius] temperature increase trajectory. That’s what happens if we continue so-called ‘business as usual’, which is a phrase I don’t like. In order to continue doing what we’re doing, we have to start relying on much more extreme forms of energy, high-risk forms of carbon energy. This is why we’re seeing the fracking frenzy in Britain and why, in my country, the tar sands are expanding so rapidly. It isn’t business as usual: it’s extreme energy. After two degrees, we go into a territory we can’t predict, but we know that all the hallmarks of climate chaos – the sea-level rise that would put some of our largest cities at risk, food supply insecurity and so on – are pretty much guaranteed. It’s also important to acknowledge that a two-degree Celsius rise is not safe. That’s the trajectory governments agreed to and that’s the one we’re blowing. It’s an arbitrary target that was selected not because it was the safest for people, but because there was some sort of calculation made about the overall cost to GDP versus the cost of reducing emissions. That target was settled upon for political and economic reasons, not for climate science. It’s dangerous to talk about that as some sort of a safe level.

You argue that climate change could unite lots of different groups and movements around the world. How?

The first stage to get out of a hole is to stop digging. It’s about drawing that line

Yes. That’s what ultimately led me to get over my own form of climate denial, which was not about denying the reality, but just a denial that a lot of us engage in; where we just look away because we’re so frightened. When I first heard the argument on climate debt and started having conversations with people I knew from the global justice movement, who were engaged in free trade or food policy or farmers’ rights, many of them were coming to the same conclusion: climate was adding another layer to the issues they were already working on. It was a layer of urgency. What climate does is provide the parameters for these movements to work together. The parameters are that we’re on a deadline and, as a writer, I really appreciate deadlines. Things don’t get done without deadlines. There have been problems in climate messaging where some of the big green groups just scare people and expect that will make them activists; but the reality is that we should be scared. We don’t have much time left to turn this around. But the good news is that if we work together and make the most of this moment, we could have a society that’s better than the one we have right now. It isn’t all about sacrifice and giving something up.

Some people say a global recession is the worst time to tackle climate change. You say it’s a missed opportunity.

Yes. The real missed opportunity was that moment when the ideological power behind the neoliberal project was so eroded, around 2008-09, that there was space to put forward really radical ideas. In Britain, you were nationalizing banks and in the US there was this massive stimulus programme, so all these rules we’d been told were impossible to break, suddenly our élites were breaking them. That opens up space to do all kinds of things. That lost opportunity in the US is not just about President Obama: it’s a huge failure of the American Left and liberals who were at that stage just wanting to give Obama a chance. The big three auto companies were all in crisis and had basically been taken over by the government, so that’s a major engine of our carbon economy right there. You had hundreds of billions of dollars being spent just to revive the economy – it wasn’t just going into building highways, so you could completely reinvent the transit system, especially if you’ve got the car companies in your hand. And then you also have control over the banks, because they’ve crashed and they’re coming to you for handouts, so you can put all kinds of conditions on those. To me, that’s the biggest lost opportunity of my lifetime and a tremendous tragedy.

How can you persuade countries like India and China not to go further down the fossil fuel-based industrialization route we’ve all benefited from?

The ‘minor tweaks’ route that we’ve been on, from light bulbs to putting less water in the kettle to carbon trading and offsets, is a reflection once again of the strength of neoliberal orthodoxy

The first step of persuading is to lead, by adopting and following our own emission-reduction strategies. But I also think it’s more about how we can support the growing constituencies in countries like China and India that are deeply questioning the model of fossil fuel-based frenetic growth. Where you see that most dramatically is China, a country that is literally choking on growth. Just in the past couple of years, you have this extremely populist discussion emerging about the cost of economic growth, because of air pollution. How do we support those movements and real alternatives? How do we lead by example? 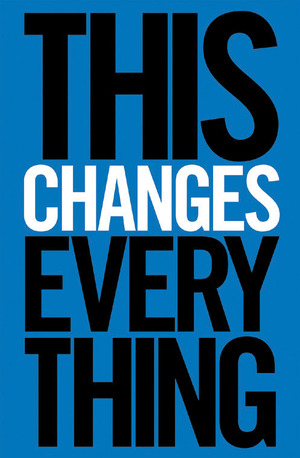 The tar sands in Alberta, Canada, is one of the frontlines of the climate change fight. Is a decision expected soon from President Obama on the proposed Keystone XL pipeline?

Yes, we’ve been thinking that [he’d make an announcement] for three years. At this point, I wouldn’t be surprised if he left office without making the decision.

Is tar sands also a symbolic battle, a sign of how things might go in future between the environment and the energy industry?

The Keystone battle has been hugely important in that it brought the climate movement down to earth in the US. It had become about all this abstract stuff that the vast majority of the public didn’t understand, like carbon trading and offsetting and I was saying, ‘No, it’s about this pipeline, which is carrying one of the dirtiest forms of fossil fuels.’ The first stage to get out of a hole is to stop digging. It’s about drawing that line. This is a slogan that comes up in a lot of the movements: draw the line. This is where we stop it. That idea of drawing a line has become contagious.

This Changes Everything: Capitalism vs The Climate by Naomi Klein is published by Allen Lane.

My spy
A deeper pain