Statistics and more on the spread of the virus through West Africa.

In 2014, the Ebola haemorrhagic virus spread through West Africa. It was the longest, and most widespread outbreak in history, killing more than all past episodes combined. The three countries of Sierra Leone, Guinea and Liberia were hardest hit.

Spread by bodily fluids, Ebola is less infectious than measles or chicken pox. But it is one of the world’s most deadly diseases, after HIV and rabies.2 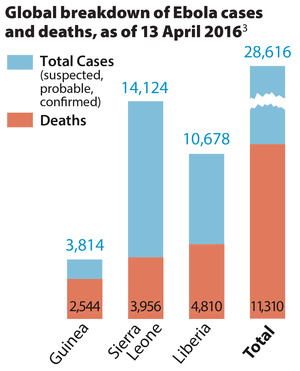 Funding for Research and Development (R&D) in neglected diseases, 2014: 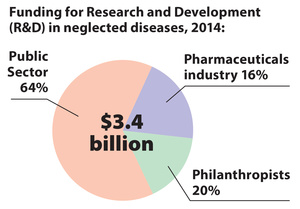 A recent report has warned of new infectious diseases in the pipeline that will spread fast in our globalized, ecologically fragile world.

Did we learn the right lessons from Ebola?
Where my father lies