Freedom in sight for West Papua?

Mass mobilizations in support of a referendum have grown in West Papu, writes Jess Worth. 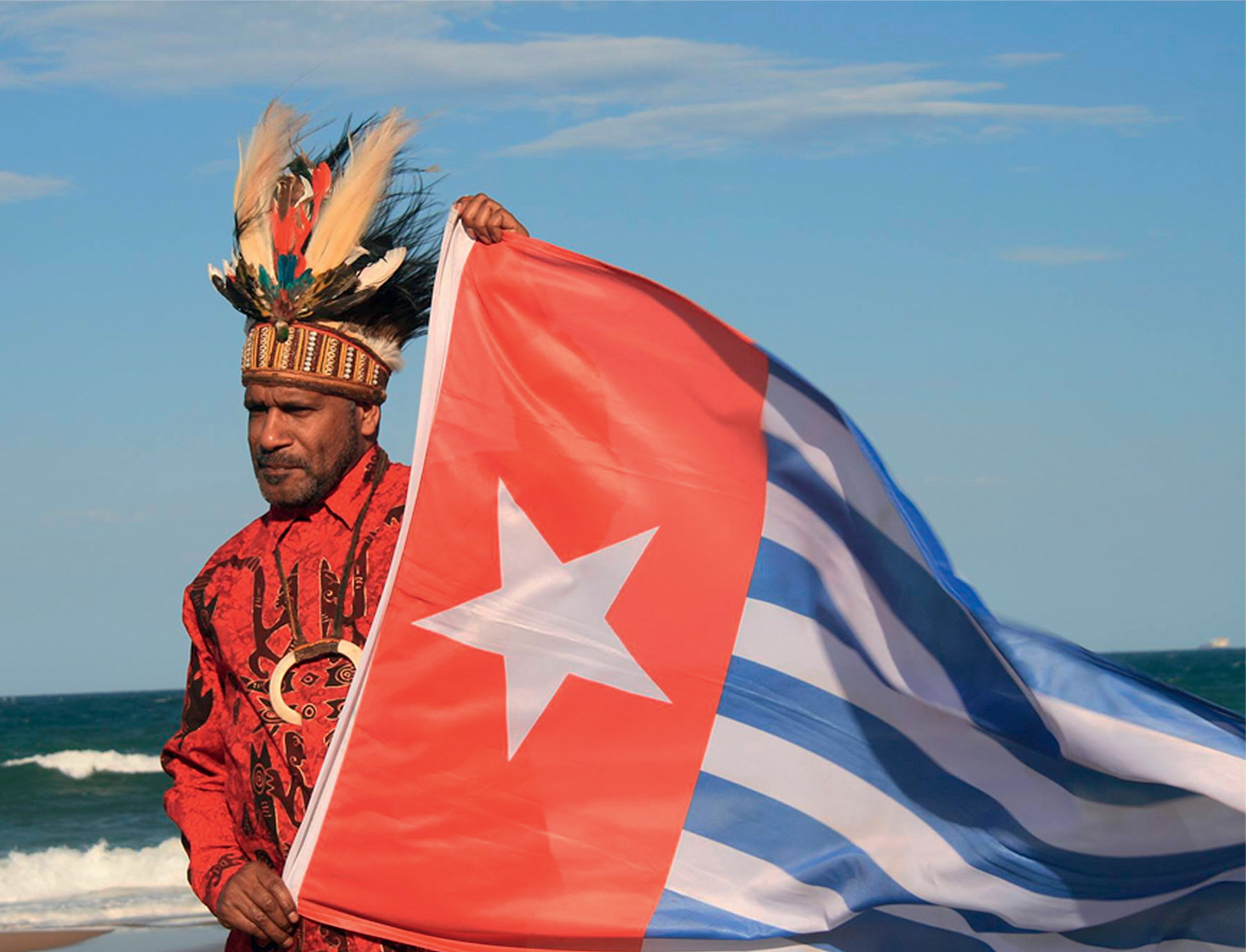 After nearly half a century of Indonesian occupation, the West Papuan people’s dreams of freedom are starting to look like they may come true. The last few months have seen unprecedented diplomatic activity supporting the region’s right to independence. They have also seen mass protests, countered by mass arrests.

West Papua was forcibly incorporated into Indonesia in 1969. The Indonesian state has subjected the island’s indigenous population to a ‘slow-motion genocide’ ever since. Campaigners claim that over half a million Papuans – nearly a third of the population – have been killed.

Following many years of struggle, recent developments could finally set West Papua on the path towards independence.

Several Pacific island states have formally championed West Papua’s right to self-determination, after successful lobbying by the United Liberation Movement for West Papua (ULMWP), which came together in 2014.

This led to an unprecedented show of support at September’s UN General Assembly, where leaders from seven islands in the region all made speeches raising the plight of West Papua.

‘It brings tears to our eyes and joy to our hearts to witness such strong Pacific Island solidarity for our people, who have suffered severe human rights violations for 50 years,’ says Benny Wenda, international spokesperson for the ULMWP. ‘This is the first time since the 1960s that so many nations have supported our fundamental right to self-determination. It means that we are not alone.’

The newfound island allies are also backing West Papua’s bid to join a key sub-regional body, the Melanesian Spearhead Group (MSG). Despite energetic attempts by Indonesia to block it, many are hopeful that West Papua will be accepted as a full member this December, taking the region one step closer to achieving the ULMWP’s ultimate goal – an internationally supervised vote on independence.

As mass mobilizations in support of a referendum have grown in West Papua, the Indonesian state has cracked down brutally, arresting over 4,000 people so far this year, many of whom were beaten and tortured. Four have been charged, including high-profile Papuan activist Steven Itlay. Arrested for leading a prayer meeting in support of joining the MSG, he faces a life sentence on a charge of treason. His trial is ongoing.