Escape to the street

More and more young people are becoming homeless across the West. Catherine Yeomans reports on how to tackle the issue 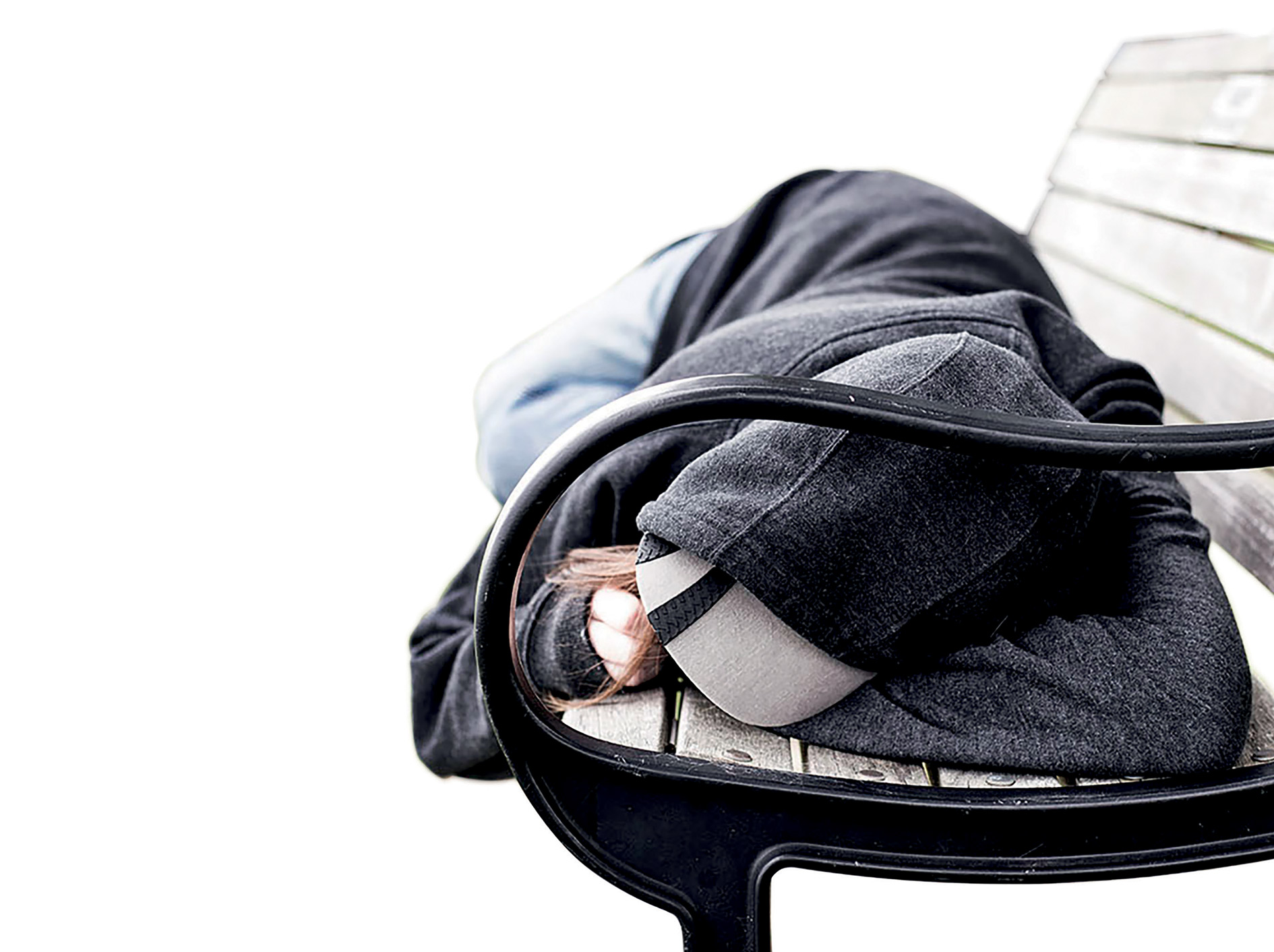 Crashing on a park bench: when young people feel stressed or threatened the street can seem like the safest option.
Photo: Mission Australia

Jemma left home when she was 14.

She’d felt unsafe for years and was living in a violent and unstable home in rural Australia. Her brother was physically abusive – he once tried to stab her. She had a strained relationship with her father, arguing endlessly. Jemma’s mother was clinically depressed which left Jemma to raise her baby sister while juggling school and adolescence.

‘It was too much. One day I left for school and just didn’t come back,’ Jemma recalls.

With that decision she became one of more than 40,000 young people in Australia who are homelessness on any given night.

Jemma felt that leaving her family home was the safest option. She bunked with friends until she had worn out her welcome. At school, without a place to call home, things became increasingly fraught.

‘I couldn’t stand being at home but school was just as bad. I had no friends and people weren’t listening.’

Eventually Jemma was referred to a youth crisis centre where she found emotional support and safe shelter. The service, run by Mission Australia, helped her find accommodation as well as counselling her in daily living skills and helping her balance school and a part-time job. If she hadn’t found a place to stay, Jemma says, she would have quit school and worked at a fast food restaurant to make ends meet.

‘If I was living between houses I would have found it hard to work, go to school and be my own parent at the same time.’

Jemma was fortunate. She found a youth crisis centre near her home. Many vulnerable young Australians aren’t so lucky. There are not enough beds, social workers or safe places to stem the rising tide of youth homelessness. Of the estimated 105,000 homeless in Australia 44,000 are under age 25. Services are stretched: 40 per cent of young people who need short-term or emergency housing are turned away.

Indigenous youth: not so lucky

Standing out for the wrong reasons

On the global stage Australia stands out. The nation’s cities rank high for ‘liveability’, with Melbourne topping the list in 2016, followed closely by Adelaide and Perth. Despite a quarter century of strong economic growth, the country continues to leave the most vulnerable of the younger generation behind. The OECD estimates Australia’s child poverty rate at 13 per cent. According to the Australian Council of Social Services, one in six kids – 700,000 children under age 15 – are living in poverty. And that figure has grown over the past decade.

According to the recent Child and Youth Homelessness Report, one in seven Australians aged 15-19 are at risk of homelessness.1 When life at home is dangerous or emotionally damaging these young people choose to leave. A quarter of them reported fleeing home more than 10 times over a three-year period.

Vulnerable young people face complex challenges: domestic violence, mental health issues, addictions, fractured family relationships, poverty and alienation from school. We know from experience that both long-term and short-term prospects for homeless youth are not good – they often drop out, lose the support of friends and have a much higher incidence of mental illness. On the streets they may be exposed to unsafe environments and dangerous situations.

Bouts of couch-surfing can lead to long term homelessness. Some young people develop a sense of belonging in the homeless subculture and may come to accept it as a way of life.

Homelessness in Australia is exacerbated by housing affordability. We have the third most expensive housing on the planet. For decades there has been a lack of government investment in social and affordable housing. Sky-high rents squeeze poor families and young people, driving them down the pipeline to homelessness.

Turning off the tap

So what needs to be done? We think halving youth homelessness by 2020 is achievable with the right policy settings and support from the community.

The key is to address the risk factors beforehand rather than waiting until a young person is homeless. We need early and rapid intervention to ‘turn off the tap’ of homelessness.

‘Reconnect’ is one such programme that is delivered across Australia. The focus is on family reconciliation where possible. The programme also helps secure housing, as well as offering job training and engagement with the wider community. But as with many initiatives dependent on government funding Reconnect is constantly threatened by funding cuts.

Charcoal Lane, Mission Australia’s social enterprise restaurant in Melbourne, is another approach that works. The restaurant dishes up fine cuisine featuring local ingredients while providing jobs to young Aboriginal people who may be on the cusp of homelessness. They gain both qualifications and experience in a supportive environment. After working at Charcoal Lane young people are prepared for the job market.

Take Stephen. Now in his early 30s, Stephen had a tough childhood. He experienced and witnessed violence in his family. He moved house regularly and was placed in foster care for much of his young life. As a teen he turned to methamphetamine and was spiralling toward homelessness. A life-threatening heart attack led him to Charcoal Lane.

‘I had no sense of identity or belonging. I felt disconnected from my culture and unhappy because I was moving around so much,’ Stephen says. ‘The programme made a bigger difference than I could possibly have imagined. As much as it was learning to work in a busy commercial kitchen, it was equally about the structure, responsibility and sense of community that came with it.’

In the face of budget cuts and fiscal conservatism non-governmental agencies like Mission Australia are trying to pick up the slack but are at risk of buckling under the pressure of increased need and uncertain funding.

One of the Government’s key funding mechanisms, the National Partnership Agreement for Homelessness (NPAH) has been the subject of last minute announcements and short-term rollovers, severely impacting the ability of agencies to operate efficiently and to plan. While we are glad that many essential homelessness services won’t have to shut their doors this year we are disappointed the funding does not extend beyond one year.

Without more affordable housing, a commitment to targets and a long-term plan – and funding to achieve them – the number of young people who are homeless will climb.

Towards the end of this year the Australian Bureau of Statistics will publish their 2016 data on homelessness. Indications are that the number will be far worse than the last data cited from 2011.

Until we see a monumental shift and commitment from government at all levels to tackle this problem, Australia will continue to be the unlucky country for the thousands of children and young people without a safe place to call home.

Catherine Yeomans is the CEO of Mission Australia, one of the country’s largest social agencies. She is based in Sydney.